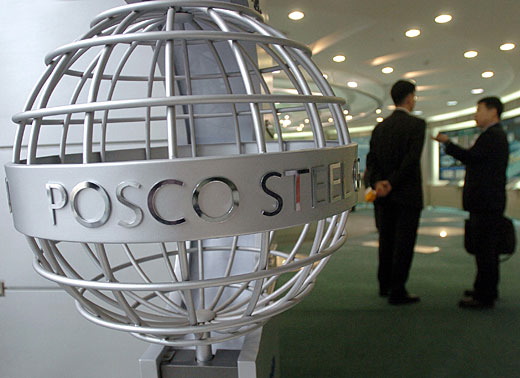 Monday turned out to be a great day for POSCO in India.  The Environment Ministry of India has finally approved POSCO’s plans to set up a $12 billion steel mill for the foreign as a move to improve Foreign Investment Climate in India.

This project will now be India’s biggest Foreign Direct Investment in the past year largely owing to Mar. Ramesh’s environment friendliness.  Being one of the fastest growing economies in the world India needs a healthy flow of foreign capital to set up and promote its infrastructure to aid more growth.  However,  the densely populated nation’s dissatisfied farmers who live mostly below the poverty line are the ones that protest this growth. 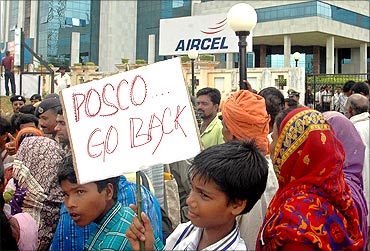 This mill to be set up in Eastern Orissa has been delayed for quite some time due to the fact that it would be built in and around the area where the poor farmers earn their daily bread from betel leaf plantations and those who don’t survive on forest based occupations. POSCO’s approval has paved a way for Orissa Government to start acquiring land for the world’s third largest steel making project.

The environment ministry quoted, “Undoubtedly projects such as that of POSCO have considerable economic, technological and strategic significance for the country. At the same time, laws on environment and forests must be implemented seriously”.

Several conditions accompany POSCO’s approval; however, analysts believe that none of them are major as a Government panel has given a clean chit on the ecological matters concerning the plant.

There is a divide in the Indian Government itself since the Environment minister has been consistently scrutinizing projects like POSCO and VEDANTA while on the other hand; the rest of the Government wants the nation to go ahead with rapid industrialization.  Iron ore exports in Karnataka have also been worrying investors as ArcelorMittal, the leaders in steel making faced years of delays in most of their plants in India.

The corruption scandals in the country led to cabinet reshuffling least affecting Ramesh who stayed on to his ministry strongly impressing his hold on the ministry and the level of his influence. The present Government’s Congress Party head, Sonia Gandhi is in a mood to win the farmer lobby as well as creating jobs that they could use which is every politician’s dream. Its success needs to be determined before the 2014 General Elections.

Investors have been shrugging off corruption scandals as a risk that entails emerging markets a regulatory uncertainty is definitely what investors wouldn’t want at this stage when most of Middle East is struggling with similar issues. 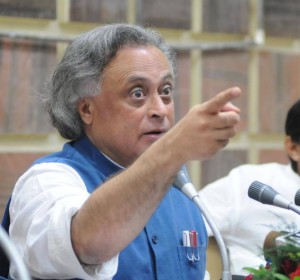 The current fiscal year saw a sharp decline in the FDI for India due to delays in Big Investments and stood at $14 billion at 27 percent.  On the other hand, China, India’s rival, which is 4 times bigger than Indian Economy recorded a whooping $105 billion last year.  Even the Central Bank of the India is psyched and monitoring the regulatory environment closely.

All these factors are lading the minister to bend his rules a tab bit where he is willing to conditionally re consider expansion plans on Hindustan Construction Co’s ambitious Lavasa project to be built around the forested zone near Pune city as well as Briton based Vedanta.

On the other hand iron ore exports in Karnataka has also been worrying investors as ArcelorMittal, the leaders in steel making faced years of delays in most of their plants in India.

Even after all the hassles and the approval, POSCO still cannot be completely happy as a local firm has filed a suit against the Orissa Government for granting a mining concession to a South Korean Company.

There is always a silver lining to every cloud considering India and South Korea are keen on developing Friendly ties. It’s a symbiotic relationship where India wants trade and diplomatic ties while South Korea wants in on the nuclear power market sooner or later.

India’s regulatory uncertainty is what’s scaring the Direct Investors where a lot more is at stake since fund investment is highly sensitive to regulatory uncertainty.  Leading Global investors like Vodafone, Walmart and now out of the list POSCO have pleaded the authorities for years to negotiate regulations in this risky market.

The POSCO approval has brought in a new hope for International Investors tied down by Indian Bureaucracy.  Let’s see how fruitful the POSCO deal turns out if it all it does get rid of all the controversies that surround it.

Tom Parker
« Alpha’s Massey’ve Acquisition!
Bike Riding to get even more sustainable in the Netherlands with Solar-Paneled Cycle Path »
Leave a Comment
Close