Porsche unveiled the Porsche Taycan- the latest variant of the first electric sports car! The vehicle was unveiled recently at events held across its three most important markets. Porsche presented the vehicle in a superbly imaginary backdrop of sustainable-power imagery.

The Taycan with the premier Turbo S version is priced at $185,000 and is the flag-carrier in VW’s massive attempt to unseat e-car giant Tesla. “It’s a true kind Porsche,” the brand’s CEO, Oliver Blume, stated. “However, it is superbly different than anything that Porsche has ever built in the last 70 years. Porsche brand is repositioning itself for a sustainable and better future.” 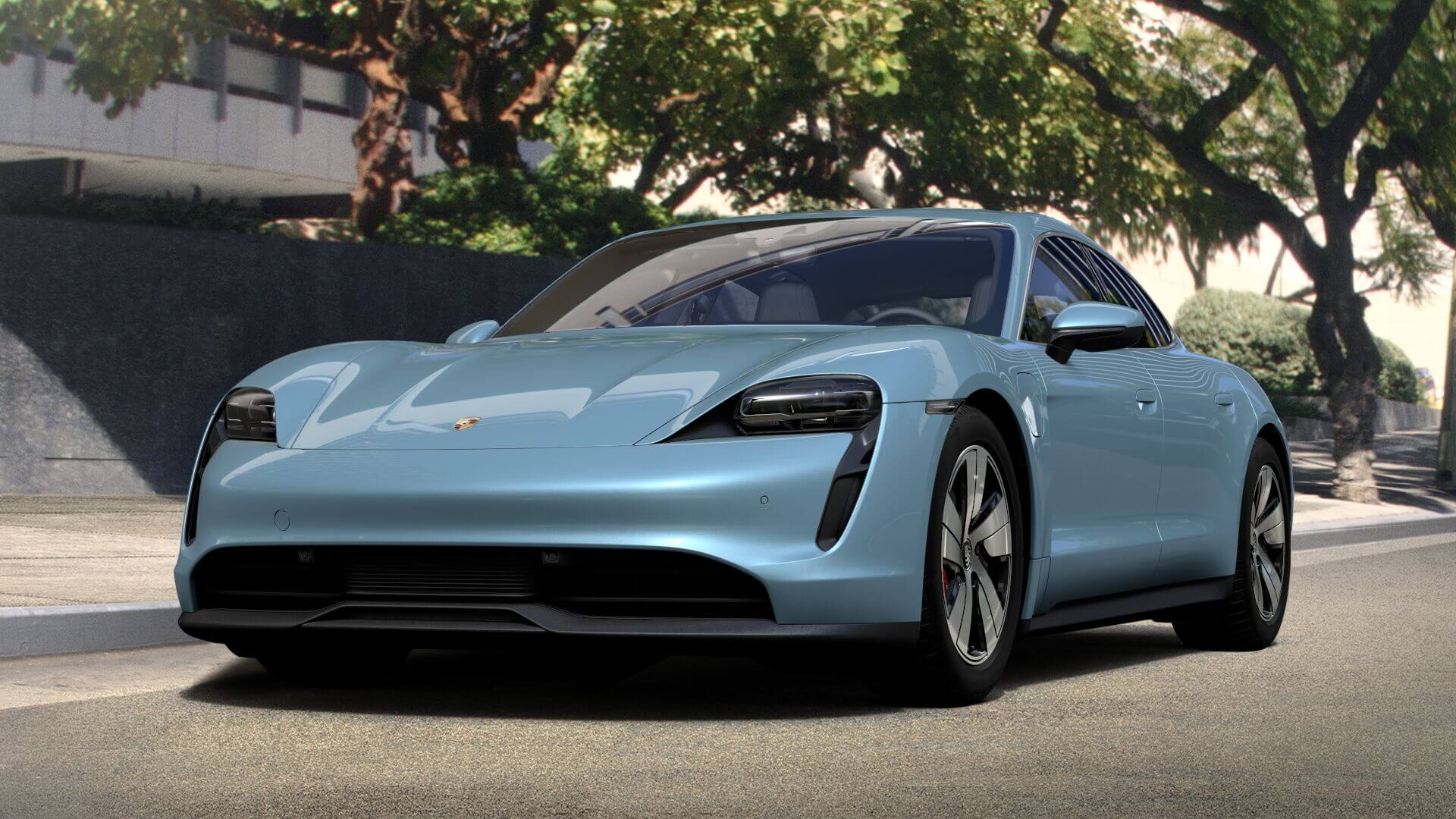 The “standard” Taycan vehicle has a simple name, “Taycan,” instead of the 4S or Turbo S by Porsche. The vehicle will be available later in 2021 in the U.S. The car will also be at its cheapest model with a price of $79,900. This is much close to Tesla Model S, priced at $70,000. The new Taycan vehicle is 200 pounds lighter than its predecessor cars and has a standard battery with 79.2 kWh capacity. There is also a rear motor that speeds from 0- 60 mph in 5.1 seconds and gives a top speed of 143 mph.

The earlier Taycan models offered a battery range of around 200 miles. A higher-performance battery configuration will soon be available to add to the new Taycan for $5,780. In terms of design and looks, the Taycan looks similar to its predecessors, just a bit taller.

Like Tesla, who started the e-vehicle launch with the Model 3, Porsche is also launching the high-end priced variants of the Taycan first. It is starting with the Turbo S and the $150,900 Turbo. The vehicle’s base variant will have a price below $100,000, and a Gran Turismo variant will begin sales by the end of 2022. The car is expected to draw a “good margin” with the high-end variants.

The Taycan boasts of technical enhancements like ultra-fast charging. The mass-market VW ID.3 will go on display at the Frankfurt auto show scheduled next week and go into production later in 2021. The Taycan is termed a “turning point for Porsche company and the industry as a whole as it raises the technical bar for electric vehicles beyond the Tesla outputs.

The technologically advanced car will be par with Tesla’s Model S vehicle after the Mercedes-Benz, Jaguar, and Audi companies opted for SUVs to start with their electric-car outputs. Tesla concerns whether the company can deliver sustainable profits and outputs amidst waning demand for the older models the sales steeply rise for the lesser-priced Model 3. “The Model S and X vehicle variants have plummeted in the past two quarters and have become a great drag in Tesla’s recent financial counts,” analyst Toni Sacconaghi stated. He highlighted several factors like cannibalization from the Model 3 vehicle, aging product design, and new competition for the situation.

Porsche selected three Taycan event locations to unveil the sources of green energy- Niagara Falls in North America for its hydropower, a solar farm outside Berlin, and a wind farm in China. While the automakers are gradually shifting to battery-powered cars, the energy used to charge these vehicles is often derived from non-renewable sources like coal plants.

Anna Domanska
Anna Domanska is an Industry Leaders Magazine author possessing wide-range of knowledge for Business News. She is an avid reader and writer of Business and CEO Magazines and a rigorous follower of Business Leaders.
« General Motors to stop all gasoline vehicles production by 2040
Andy Jassy, AWS Head to Amazon’s next CEO: Change or continuity at the helm? »
Leave a Comment
Close