The new race car will be manufactured in limited number, counting up to 77 units. In the European region, Porsche 935 is priced €701,498 excluding taxes (nearly $817,000) and can be pre-ordered from today while the specific pricing for the USA is not disclosed now. The motorsport company will begin the deliveries of the new sports car from June 2019.

“This spectacular car is a birthday present from Porsche Motorsport to fans all over the world,” Dr. Frank-Steffen Walliser, Vice President Motorsport and GT Cars, Porsche AG said at WeatherTech Raceway Laguna Seca in California.

“Because the car isn’t homologated for any series, engineers and designers didn’t have to follow the usual rules and thus had freedom in the development.” 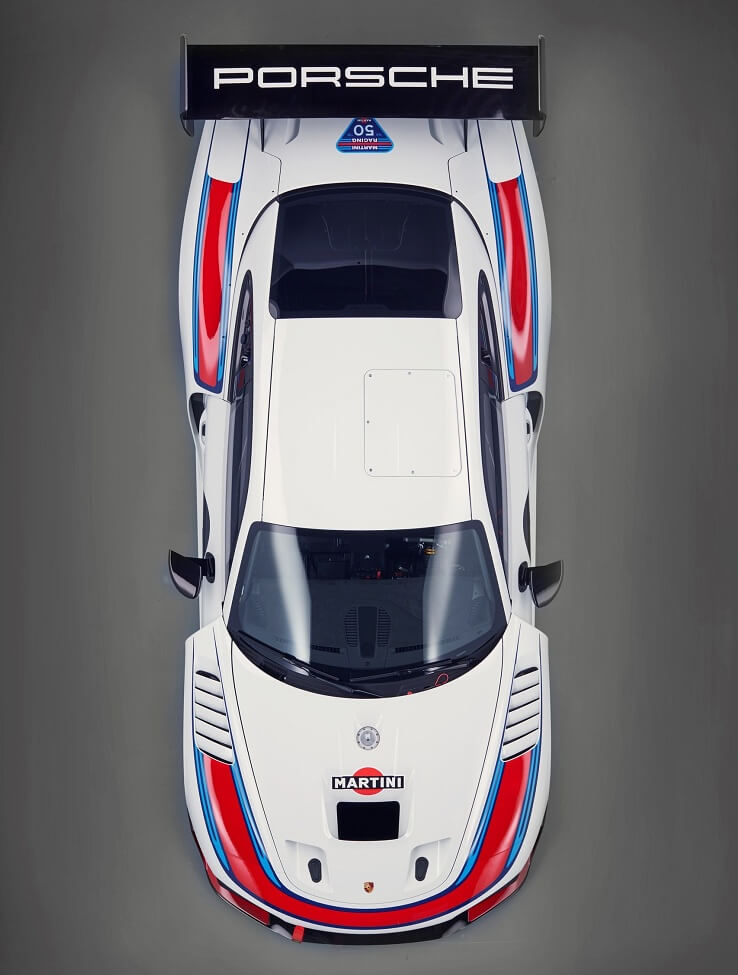 The aerodynamics mechanism of 935 racing vehicle is optimized from the scratch. Yet, the rims echo Porsche 935/78 which won many acclamations on the racetracks in the late 1970s.

Similarly, the rear wings measuring 75.2 inches (W) and 15.8 inches (L) enhance the balance of the new limited edition Clubsport race car on the fast racing tracks. The LED lights mounted on the edges of the wings are exact copies of what is visible on the 919 Hybrid LMP1 sports car. 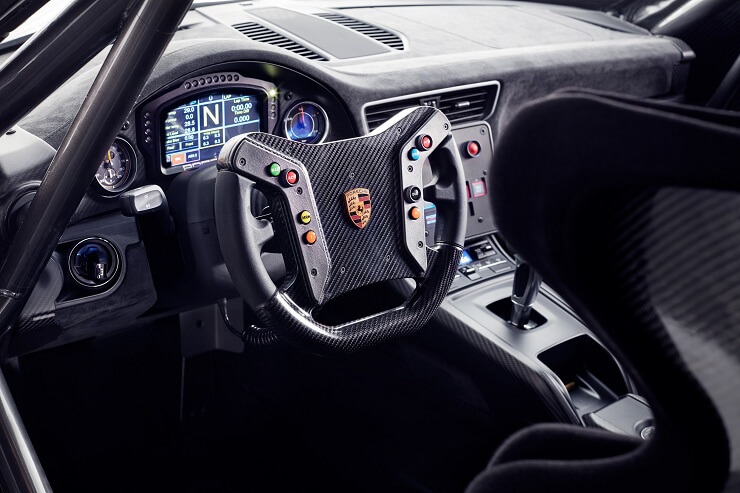 Lifting the side mirrors from the present Le Mans-winner 911 RSR, Porsche 935 race car gets the tailpipes made of titanium from 1968-based Porsche 908.

The single-seat Porsche 935 indicates references to several historic Porsche race cars. The wood-laminated knob on the gearshift lever is reminiscent of the 917 Bergspyder, the 909 Bergspyde, and Carrera GT race car.

Likewise, the carbon-fiber steering wheel and the way color displays in its background evoke 2019 911 GT3 R.

There is a safety cage on the driver seat fixed with a six-point harness. The new Clubsport race also offers an additional option for a passenger seat. 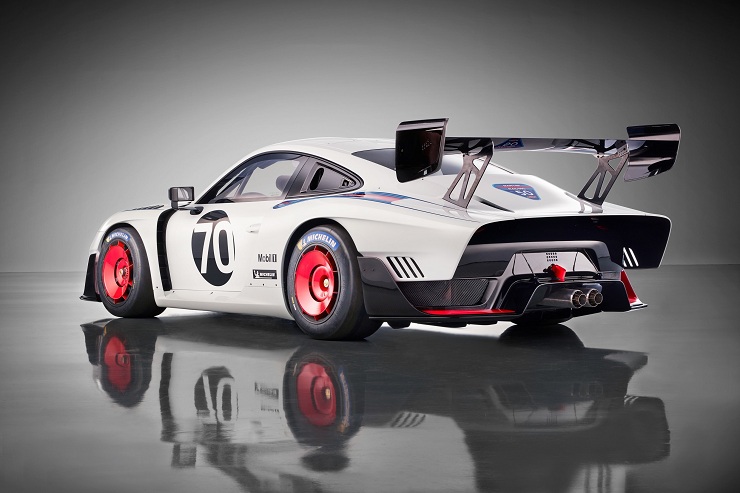 Speaking of the powertrain, Porsche 935 race car roars from a 3.8-liter flat-six-twin-turbo engine. It thrusts 700 horsepower (hp) which is transferred to wheels through a “7-speed Porsche Doppelkupplung (PDK) dual- clutch transmission”.

Porsche did not mention about the speed specifications of the new racing car at the event, however, it mentioned that it weighs 3,042 lbs and embeds similar Porsche Stability Management (PSM) comprising traction control and an anti-lock braking system as seen on current-generation 911 GT2 RS.