Two German-automakers, Porsche AG and Mercedes-Benz will debut as official manufacturers in ABB FIA Formula E Championship, starting in 2019/20. The Federation Internationale de l’Automobile (FIA) announced a list of eleven auto-manufacturers that will compete in season 6 of the all-electric championship.

Correspondingly, Mercedes-Benz will leave another motorsport event, the Deutsche Tourenwagen Masters (DTM) to focus on Formula E. Porsche, likewise, has announced to end its ties with the FIA World Endurance Championship (WEC) in 2017.

“Our years in the DTM will always be held high as a major chapter in the motorsport history of Mercedes“, Toto Wolff, head of Mercedes-Benz Motorsport mentioned in a statement.

The two new additions will have a 2-year with FIA fully-electric motor event. On the other hand, the remaining participants have a 3-year homologation period with FIA for the same event. The next Formula E cycle will begin in the 2021/22 in which FIA will have a new list of homologated automakers. 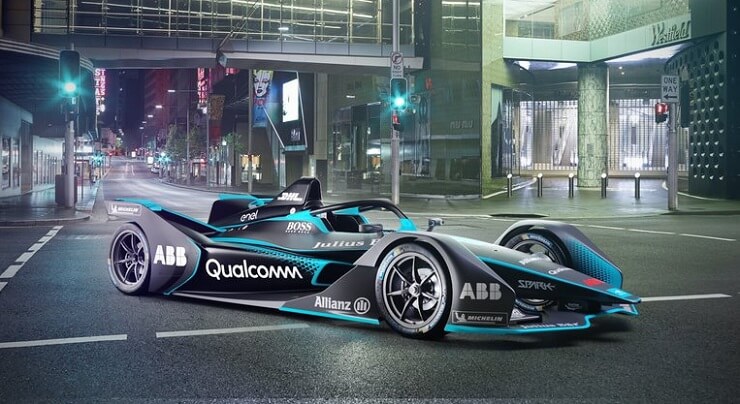 Leading automotive brands’ growing interest in Formula E events reflects the remarkable strength of electric vehicle technology. Participation in such events gives an opportunity to brands to test their electric components against the world-class competition. Furthermore, the automakers can overlap similar electrification concept on their road-cars.

Within a short duration of four years, Formula E has doubled the range of cars as well as increased the power output. Jean Todt, FIA President and Alejandro Agag, Founder & CEO of Formula E unveiled the second generation of Formula E race car during the 88th Geneva Motor Show. The new vehicle fits in a complete carbon fiber body and possesses a new battery developed by McLaren. The latest Formula car model powers an output of 250k. At the same time, it accelerates nearly 175 miles per hour on the top speed. The new model will debut in season five of the all-electric racing championship held later this year.

“Over the past few years, the FIA and Alejandro Agag have done a fantastic job. It is due to this development that we will be able to compete on the race track against many of the world’s largest car manufacturers.”– commented Fritz Enzinger, Porsche Vice President in charge of the Formula E Program.

Formula E will make available the chassis and the battery to the participants. All other powertrain components will come from the competitors’ own production house. This includes an electric motor, inverter, brake-by-wire system, transmission, differential, driveshaft, monocoque and the suspension components attached to the rear axle, as well as the cooling system and ECU. 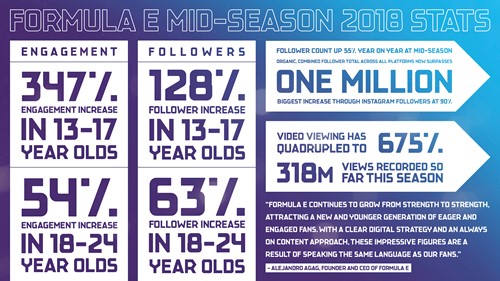 According to statistics released by FIA, the craze for all-electric championship mirrors in the rising customer base. The audience in the age bracket of 13 to 34 years is continuously attracted to the social media channels of Formula E. Recently, the motorsport event reported a magnificent rise of 347 percent in viewership in the 13 to 17 age group and a 54 percent boost in the 18 to 24 age range compared to the previous seasons’.