New accessories to hit the road with Porche 2022 models.

Porche, the German luxury carmaker, has said that its 2022 model electric sedan Taycan will now come with some accessories and under-the-hood improvements.

Taycan will now carry Android Auto compatibility for its infotainment center.  And another significant option is the addition of remote park assist.
Most importantly, Taycan can now charge faster with an update to its charging program and has additional thermal stability and overall efficiency.

“With the Turbo Charging Planner, the high-voltagande battery can now be heated to a slightly higher temperature than before,” Porsche’s announcement said. “This means that fast charging is possible earlier and at a higher charge level, further reducing the time it takes to charge. In addition, the excess heat from the electrical components is used to an even greater extent for battery temperature regulation.” 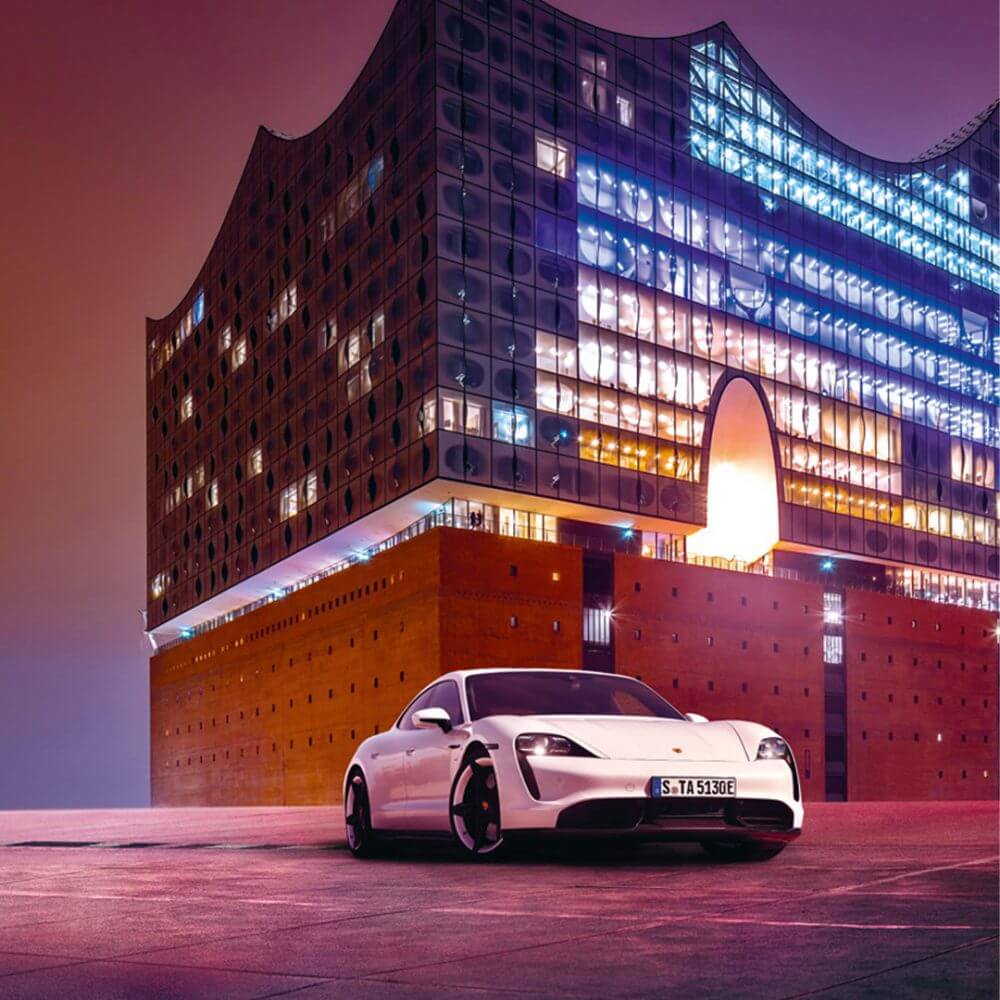 An upgraded Paint to Sample Plus allows customers to match their exterior finishes to just about anything – for a price. Paint to Sample will lighten your purse by $11,430; opting for Plus doubles that to $22,860.

The Porche Taycan was unveiled to the world in September at the 2019 International Auto Show in Frankfurt.

It received thousands of pre-orders within moments of announcing its launch. The company planned to ship 20,000 Taycans by 2020 to both Europe and the US. But the Coronavirus pandemic has upset many inventory promises.

The Porche Taycan comes in three versions: the Taycan 4S with a starting price of $114,340, the Taycan Turbo priced at $154,860 and the Taycan Turbo S for $188, 960. It comes with two electric motors with 523 horsepower in the base model. The top model, Taycan Turbo S, runs on a whopping 751 horsepower with a maximum speed of 162 mph. Both the variants have a 93.4 kWh battery capacity. The Taycan has a four-wheel drive and comes with fast charging capabilities, it takes just 22 minutes to charge up to 80 per cent.

The Taycan EV recently got some bad reviews. According to a recent report from Bloomberg, Porsche is planning to issue a worldwide recall on the Taycan EV over a sudden loss of power.

The report claims unnamed sources “familiar with the matter,” said the recall is intended to fix a software issue with the Taycan that can cause a sudden loss of power while driving. A National Highway Traffic Safety Administration investigation into the matter was launched after several complaints by owners.

A Porsche spokesperson confirmed the upcoming recall, “Our first priority is the safety of our customers. With this in mind, Porsche notified the National Highway Traffic Safety Administration that it will recall certain model year 2020 and 2021 Porsche Taycan vehicles to update the power electronics and engine control unit software. After recent review, Porsche determined that a software issue can, in certain instances, incorrectly and sporadically detect a potentially faulty communication and trigger a possible loss of motive power. A software update will help prevent this issue from occurring. The update is now available, it has been implemented in production, and a number of customer vehicles have already received the update.

Dealers will update the new vehicles in their inventory prior to delivery to customers. Customers affected will be notified this month and their vehicles will be remedied via a brief dealer visit free of charge and at their earliest convenience.”

Christy Gren
Christy Gren is an Industry Specialist Reporter at Industry Leaders Magazine she enjoys writing about Unicorns, Silicon Valley, Startups, Business Leaders and Innovators. Her articles provide an insight about the Power Players in the field of Technology, Auto, Manufacturing, and F&B.
« Barclays to invest more than $400 million in its Indian operations
Amazon, Ford Backed EV manufacturer Rivian files for IPO »
Leave a Comment
Close