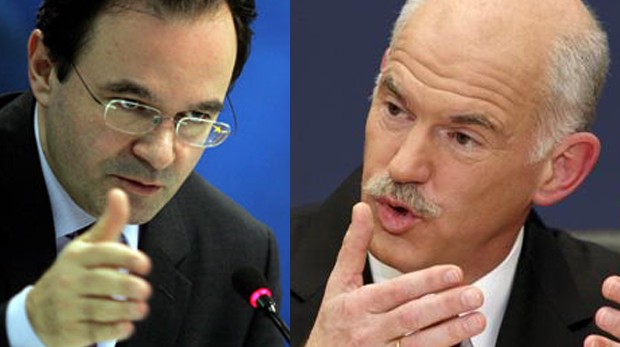 George Papandreou, Prime Minister of Greece, is all set to announce a new cabinet in his latest effort to further push for austerity measures; an absolute necessity if Greece wants to stand any chances of receiving aid from the European Union (EU) and the International Monetary Fund (IMF).

Re-igniting fears that Greece will default on its debt, this latest move by Papandreou came in light of the fact that if Greece fails to enforce the cuts Papandreou is pushing for, the Mediterranean country would be refused the bail-out package they need from the EU and IMF to pay off their creditors for debt that matures in August.

In immediate terms, in order to pay off creditors next month, Greece needs aid amounting to12 billion Euros.

The cuts that Papandreou needs his new cabinet to pass for this tranche of aid to come through, comprise a new 5-year plan of raised taxes and include spending cuts and sell-offs of state property.

Papandreou, who will retain his position as the Prime Minister of Greece, has not clearly stated to what extent his cabinet will be reshuffled, but reports from sources have revealed that the restructuring might include Greek Finance Minister George Papaconstantinou being replaced.

Ironically, it was Papaconstantinou who engineered Greece’s 110 billion-euro ($156 billion) bailout last year and is being blamed by party critics for the government’s failure to meet revenue and tax-collection targets under the EU/IMF bailout.

Reportedly being considered for replacement is Lucas Papademos, former vice president of the European Central Bank and now an adviser to Papandreou.

Papandreou, who took charge as the Prime Minister of Greece in 2009, said in comments televised live on state-run NET TV “Our duty is to the nation, not to political parties… Tomorrow I will form a new government and immediately afterwards seek a vote of confidence in Parliament. It is a time for responsibility.”

The credit ratings agency, Standard & Poor’s, lowered their outlook on the Greek economy again last Monday, making Greece the lowest-ranked country it covers, based on strong concerns regarding the increasing likelihood of Athens restructuring its 340 billion euro debt load. Such a move would essentially be considered a default by S&P.

Some believe that had ex-chief of the IMF, Dominique Strauss-Kahn, who had been instrumental in devising the previous bail-outs for Greece, Ireland and Portugal, still been at the helm of IMF, things might have worked out differently for Greece.

The reshuffle in Greece’s political structure follows many months of “back-pedalling” that Prime Minister Papandreou has been accused of, with many market analysts labeling him “a spent force”. This development precedes the meeting of EU leaders that is to be held in Brussels next week, with the agenda of signing off on the new bail-out plan for Greece.

While a reshuffle in the political structure of Greece does offer the opportunity of speeding up the economic reforms process by forming a more unified government, many market analysts also feel that this might not be work well towards alleviating discontent among voters.

These are in response to the austerity measures that constitute the mid-term plan that Papandreou’s Socialist party submitted in parliament for discussion on Wednesday, with the goal of passing it later this month. Protestors want the plan to be withdrawn since the implementation of this plan would mean severe tax hikes.