Automobili Pininfarina has finally unveiled its own first production car, the Battista, after years of previews and teasers. Unwrapped at the 2019 Geneva Motor Show, the €2 million ($2.27 million) all-electric Pininfarina Battista, which sits on the PFO concept the company announced last year, comes with massive energy; 1,900 HP. This enables the supercar to reach a top speed of 250 mph, making it the world’s most powerful electric car and the fastest hypercar produced by an Italian automaker.

It’s not a surprise. Named after Pininfarina’s founder Battista “Pinin” Farina, the Battista is coming as the result of hard work by a group of engineers and designers who come from Bugatti, Ferrari, BMW, Lamborghini, McLaren, Porsche, and Pagani. These are manufacturers of top quality cars championing the automobile space. Pininfarina Battista is simply a reality of any imagination of what top players can achieve when they work together. 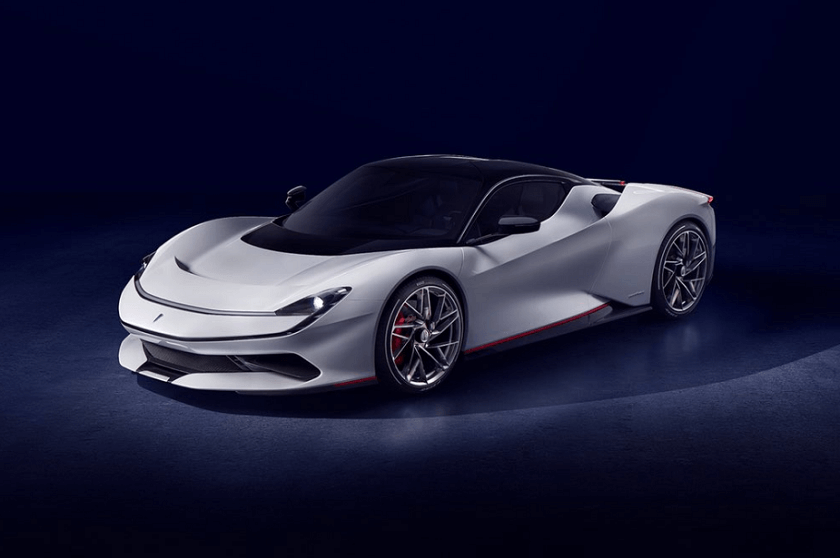 The Battista is powered by a 120 kWh battery pack supplied by Rimac Automobili; a Croatian car manufacturer that specializes in electric hypercars, drivetrains and battery systems. The power is supplied to all four wheels to generate a 1,874 horsepower (1,397 kilowatts) and a peak torque of 1,690 pound-feet (2,300 Newton-meters), helping the Battista to reach 62 mph (100 kph) in less than 2 seconds, and over 186 mph (300 kph) in 12 seconds. The Battista’s top speed is 250 mph (402 kph).

Pininfarina used carbon-fiber bodywork, an aluminum crash structure, and a carbon-fiber monocoque in building the Battista to save weight, though the company has remained tightlipped on the car’s weight. However, the vehicle’s t-shaped battery installed in its middle should help in overall balancing of the Battista which has six-piston calipers carbon-ceramic brakes all through.

It is not surprising that the Battista’s mid-engine proportion makes it look much like a Ferrari, especially when viewed from the front. Pininfarina has produced lots of Ferrari designs. An active spoiler caps the thin LED taillights and the rear-positioned charging port is just at the tail end of the rear window. The Battista has an estimated drive range of 280 miles and the vehicle has a set up for DC fast charging.

Pininfarina said it would build only 150 units of the Battista, with Europe, North America, and the Middle East/Asia each getting an equal share of the production.

The supercar’s technical capabilities have gained the attention of many Silicon Valley executives and Pininfarina is reportedly planning to release an SUV as its next production car. The Battista is “the first of others to come…and we have big plans for the future,” Luca Borgogno, Automobili Pininfarina design director told Bloomberg. “This is the car we will all be telling our nieces and nephews about in 20 years,” he added.

Anna Domanska
Anna Domanska is an Industry Leaders Magazine author possessing wide-range of knowledge for Business News. She is an avid reader and writer of Business and CEO Magazines and a rigorous follower of Business Leaders.
« Here is the $35,000 Tesla Model 3
5 Best Electric Cars Coming Out This Year »
Leave a Comment
Close