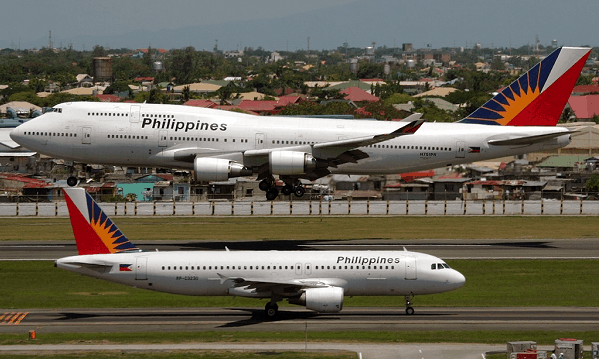 Philippine Airlines informed that it had signed a $7 billion contract to buy 54 Airbus jets as a part of a modernization program to meet higher demands for transporting both passengers  and cargo in Asia, the Middle East and Australia. Moreover Philippine Airlines, the country’s largest full-service carrier,  announced that it planned to buy dozen more planes. Airbus won the $7 billion contract, beating Boeing Co. despite the U.S. support for Manila in a diplomatic dispute with the People’s Republic of China.

Philippine Airlines, better known as PAL, is looking to expand its fleet. Ramon Ang, president at Philippine Airlines, stressed many times that the carrier planned to buy 100 aircrafts. The airline plans to buy those 100 new jets in total in the next five to seven years. The PAL’s purchase plan is ambitious and at the same time the expansion will be the biggest one in its 71-year history. The company attempts to restructure itself so that it will become a low-cost carrier. The restructuring is also aimed at regaining the dominance in the region from Cebu Air Inc.

Planned purchases of new aircrafts would take the Philippine Airlines’ fleet to a number of 140. These days Cebu has 38 planes, but it plans to double. Philippine Airlines (PAL) has informed that it is still in negotiations with both Airbus and Boeing for its next tranche of planes. However for this stage of fleet expansion, the airline has ordered 10 long-haul A330-300s and 44 jets from the A321 family. The delivery of those planes is to start in January 2013. The rest of aircraft will be delivered in the next three years.

According to the $7 billion contract on 54 jets, Philippine Airlines will pay Airbus in cash. As it was stated by Ramon Ang, part of this cash will come from bank loans. In addition, the company is determined enough to issue more shares to get money for jets purchases.

PAL’s wants to regain its position

Philippine Airlines (PAL), which began flying in the 40’s of 20th century, reported a net loss of $33.5 million in the three months to December, compared to a profit of $15.1 million from the same period the previous year.  Yet after struggling with losses, fuel costs and labor issues, PAL has generated profit in June and July, according to airline’s officials.

Soaring fuel costs were blamed for losses. But the not satisfying financial result also resulted from a decline in the airline’s reputation. Passengers of Philippine Airlines (PAL) have been complaining of old planes, limited flight options and poor service as well. Limited flight options and poor service were strengthened by a last year’s day-long wildcat strike by ground crew.

Philippine Airlines (PAL) did not only experience the decline in its reputation. The flag-carrier of Philippines lost his position to Cebu Pacific, a low-cost rival. Airline’s officials are convinced, or at least they hope, that recent jets purchases will get the company on track and that it will regain its position. Lucio Tan, chairman at PAL’s board, said: “The orders we are placing with Airbus will play a key role in revitalising PAL and growing trade and tourism in this country.”