The Covid-19 pandemic is both a public health crisis and an economic disrupter too. Since the World Health Organisation declared the virus a pandemic, many countries went into lockdowns creating a complete shutdown of economic activity.

One of the sectors feeling the squeeze is the pharmaceutical industry. Industry watchers say that many ongoing drug trials and ingredients required to manufacture drugs will face shortages as productions are stopped or cut down. 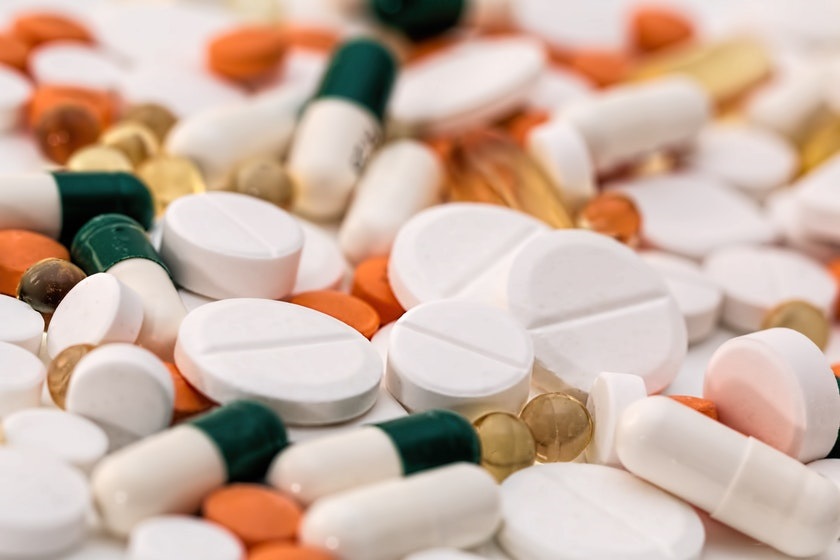 A survey conducted in April by Pharmaceutical Technology on 3,617 people found that 24% were extremely confident that medicines wouldn’t be disrupted, a nearly equal number (22%)were extremely doubtful. Clearly, there was no united view as to what long-term impact the pandemic would have.

Global overdependence on China and India

A continual source of concern is the global pharmaceutical supply chain’s dependence on China and India for the key starting materials, intermediates, and active pharmaceutical ingredients or APIs used to produce generic drugs and many branded products. It is believed that 60 per cent of the world’s API is made in China, and if the Covid 19 virus continues unabated, it is not sure when the manufacturers will be back in business fully.

In the Chinese region of Wuhan, 500 world drug trials are ongoing, according to reports, and facing disruptions. About 20% of global trials are now conducted in China, up from about 10% just five years ago, according to Global Data Plc.

With the resurgence of the disease this winter season, the question of supply chain disruption still holds true. It is apparent that the virus will continue to wreak havoc until a vaccine is developed, widely distributed, and administered to the bulk of the global population.

At a recent European Commission meeting, the U.S. FDA’s Center for Drug Evaluation and Research director Janet Woodcock revealed that the number of Chinese facilities supplying APIs has doubled in the last decade. She brought forward the risks in over-dependence for supplies over one region of the world for drug manufacturing globally. Representatives of the r European Fine Chemicals Group (EFCG) were in total agreement with her concerns.

Bristol Meyers Squibb, Merck, China-based BeiGene, and WuXi Apptec are all denying any major impacts due to the lockdowns and slow down of productions and participation in drug trials.

“Our multiple sites in China and around the world have enabled us to mitigate risks associated with unexpected work interruptions,” WuXi Apptec’s co-CEO, Edward Hu, said in a statement to Barron’s. “As a result, COVID-19 has not had a significant impact on the delivery schedule of our projects.”

These assumptions are based on the belief that the impact can be localized to certain areas, and even if trials are impacted, the model data can be imputed with other details.

But there are other major concerns also figuring in the disruption, not only the pharma industry but related healthcare, including hospitals and biotech companies, will be impacted.

The FDA had reported the first US drug shortage as a result of the pandemic in March itself, which was an early indication of how much the world was unprepared for any such disruption.

No details were available of the shortage, but market observers were surprised at such early reports of shortages.

The FDA revealed that it knew of 20 drugs that were manufactured in China or depended on Chinese APIs. “We’re obviously very worried about active pharmaceutical ingredients that come from” affected areas in China,” the FDA said.

India supplies nearly 40% of the generic drugs sold in the world market. The WHO estimates that China accounts for 20% of global API output, although many in the industry put the figure at double that. After the outbreak, China had restricted the export of 10% of its pharma exports but rescinded once the US threatened retaliatory measures.

As the pandemic spread, the hospital equipment like personal protective equipment (PPE), ventilators, and other medical equipment were also embargoed or restricted for exports by certain countries.

Drugmakers had reassured that they had no shortages yet. “The situation is fluid, but at this point, we do not anticipate impacts to our supply chain unless disruption due to the Covid-19 outbreak is sustained over the next several months,” Merck (MRK) said in a statement, according to Reuters.

Experts then said that some shortage of generic drugs was bound to show up in the second and third quarters of the year. The prediction has come true.

Privately owned hospitals in the US are also seeing some wild swings in their stocks, according to the upsurge in the outbreaks.

Research firm GlobalData found that production of as many as 57 drugs (ranging from calcium supplements to cancer drugs, HIV treatments, and antibiotics) made by both large and small pharma companies could be at risk due to “general manufacturing and export restrictions across China.

Also there might be a research shift and a heavy reliance on viral drug findings is anticipated.

Travel restrictions and the labor shortages due to quarantine and other restrictions are adding to the disruption of supplies with cargo carriers decreasing transport facilities and frequencies.

The efficacy reports of the Moderna and Pfizer vaccines is good news but the distribution and supply models have still to be worked out. And it will take some time for the vaccines to reach the general population.

The present reality of supply chain

An IDC white paper that surveyed 532 global supply chain leaders across organizations says that the COVID-19 will significantly increase problems with drug diversion, theft, and counterfeiting of critical products such as test kits, vaccines and anti-viral medicines.

Stockpiling medications, transportation delays and increased costs were the other primary concerns after drug shortages.

Another grouse was the inventory forecasting, which is said to be very unreliable nor agile to survive any kind of disruptions.

Simon Ellis, Program Vice President, Supply Chain Strategies, IDC, said: “Pharmaceutical supply chains are still struggling to adapt to the global COVID-19 pandemic and prioritize business planning for the future, a worrying concern as we face a possible third wave in this pandemic. When both demand and supply are erratic, supply chain agility becomes a critical capability to meet patient needs. Agility requires much tighter and more transparent holistic relationships with suppliers, and levels of collaboration that have not been consistently achieved in the pharmaceutical industry, largely because of the constraints in sharing accurate data.”

The pandemic is not going to disappear with the advent of vaccines suddenly. The manufacturing capacity will take some more time to return to normal and impact the availability of important pharmaceutical raw materials, intermediates, active ingredients, and manufacturing equipment and other essential materials required for the production of drug products.

Even before the advent of the pandemic, governments and pharma companies were working towards local production to feed their needs rather than outsourcing. The over-dependence on China for vital ingredients was not a feasible long-term plan for many.

Also, a viable module of the supply chain matrix with visibility of data is needed to plug the gaps. Companies need to conduct a detailed value stream and risk analysis of their end-to-end supply chain.

The businesses can use digital platforms to aggregate the data, document the issues and build agile processes with internal and external teams.

The digital data can supply capabilities with real-time accuracy and ensure realistic numbers to share with partners.

Anna Domanska
Anna Domanska is an Industry Leaders Magazine author possessing wide-range of knowledge for Business News. She is an avid reader and writer of Business and CEO Magazines and a rigorous follower of Business Leaders.
« Trafigura Posts Record Profit In Oil and Metal Trading
Hyundai Motors to Acquire Boston Dynamics for $1 billion »
Leave a Comment
Close