Merck to acquire OncoImmune for CD24Fc, a drug that reduces severity of COVID-19.

Merck, the pharmaceutical giant company, will acquire Oncolmmune in an all cash deal to gain rights over a drug that has shown great results in treating patients suffering from serious and critical bouts of COVID-19.

OncoImmune has developed CD24Fc, which in clinical studies proved to reduce the risk of respiratory failure or death by 50 percent in patients suffering from Covid-19. The study results were released in September.

OncoImmune, is the brainchild of Yang Liu, director of the Division of Immunotherapy at the University Of Maryland School Of Medicine. The company reported its 60 percent efficacy results on its website in September, though the trial results are yet to be peer reviewed and published in any journal.

The drug was administered to 203 patients along with the usual protocol mix of medicines, including remedesivir and dexamethasone. The comparison was done with standard-of-care alone medicines. 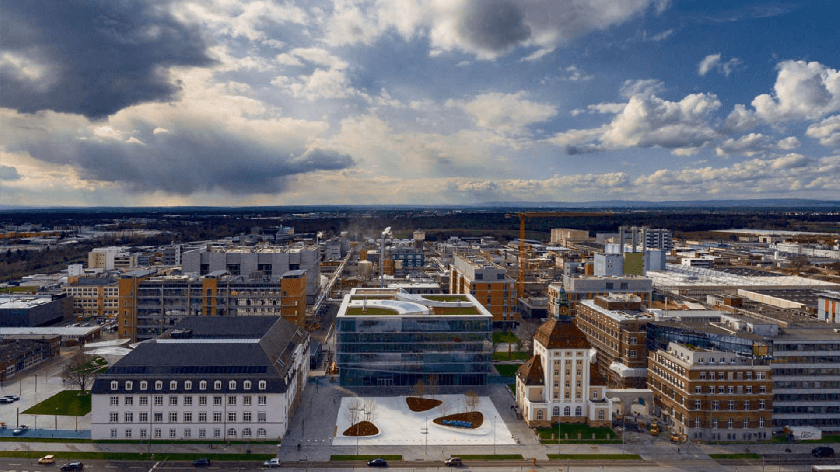 View over Merck’s Emanuel-Merck-Platz (square) to the Innovation Center in Darmstadt, Germany.

With the disease seeing an upsurge during the present winter season, there are a record number of patients again being admitted to hospitals and straining the available resources.  The United States is seeing almost 150,000 new cases each day.

News of a drug that can reduce the severity of the disease by more than 50 percent and can prevent the need for using ventilators for severe cases is certainly welcome and the need of the hour.

But the medicine has a supply problem.

“We realized that this small little company was in no position to make CD24Fc to try and treat all of the people who could potentially benefit from this drug,” Perlmutter said. “We decided that the only way, seriously, that this could be brought to people who need it is for us to lean in with our capabilities.”

Merck is planning to push the production of the drug at its factories. Bu the medicine has a complex formula and requires skilled inputs for manufacturing, hence the medicine might take time to come to the market.

Perlmutter said the company is aiming “before the middle of next year, and ideally much before that,” to have enough supplies of the medicine.

CD24 is an innate checkpoint against the inflammatory response to tissue injuries or danger-associated molecular patterns (DAMPs). Slaoui explained the drug prevents the immune system “from being hyper-activated.”

“Frankly, nobody would have believed that it would have this kind of effect,” Perlmutter said, when asked why the CD24Fc results garnered so little attention. “If you look at the other anti-inflammatories that have been studied in very ill Covid-19 patients, it’s been hard to show there’s any effect at all.”

The medicine will take time to come to the market.