Phantom of protectionism may cause prolonged recession, says Canadian PM 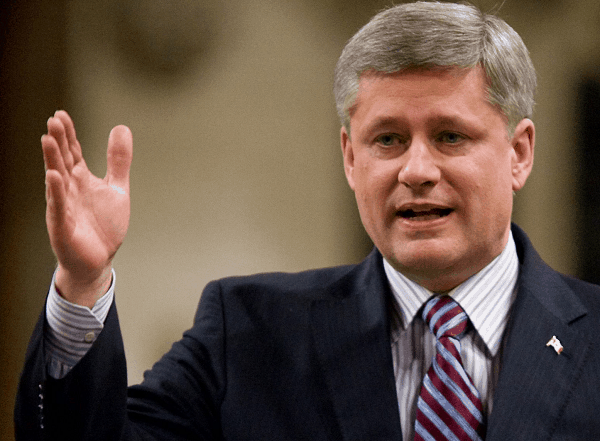 On the 7th of November, Canadian Prime Minister Stephen Harper warned that the noticeable trend toward protectionism might result into a prolonged recession. Investors should show more confidence as their fear of a new crisis keeps back the economic recovery.

Canadian Prime Minister Stephen Harper, who is on the six-day trip in Asia, spoke at a World Economic Forum meeting in New Delhi, highlighted that fears of global economic hard conditions might push governments toward protectionism. He also noted that the investors were afraid of another disastrous event similar to the global financial crisis therefore they were not keen on investing.

According to Canadian Prime Minister Stephen Harper, signs of rising global protectionism, which are very similar to those responsible for delaying the recovery in 1930s, have been noticed. He added this trend might be stopped.

The slippage of the G20 is noticeable as it is one of signs of increasing protectionism. He reminded that the G20 had been playing a main role in coordinating international policy during the financial crisis since 2008, underlying that protectionism could prolong the recession.

To sidestep the possibility of protectionism and the prolonged recession, financial decision makers as well as investors should be more confident. He said: “Don’t worry about today’s uncertainty — look at the opportunities over the medium term,” adding that Canada had been making use of this strategy and because of that its growth was the best among members of the G7.

Stephen Harper voiced an opinion that current governments should be more open toward the perspective of bilateral and regional free trade deals. During his six-day trip he has been coaxing governments into greater openness toward trade and investment from Canada as well.

Canada is willing to cooperate with partners in the region as developed countries need to expand in emerging markets as well as look beyond their traditional markets as they have been slowing down.  Therefore Canadian Prime Minister Stephen Harper called for a push to close a free trade agreement between Canada and India and a foreign investment protection deal as well.

As it was stated by Canadian Prime Minister Stephen Harper, there were several sectors where trade between Canada and India could take place, including energy, agriculture, infrastructure and education, etc. The substantial potential needs, however, mutual efforts. Governments of Canada and India have closed agreements on the export of the Canadian uranium and other nuclear supplies for the Indian nuclear power industry.

Canada has been working on new trade agreements since 2006. So far the country has signed these new deals with nine countries, while it is still negotiating with as many as 60 other countries.  A free trade deal with India is expected to be finalized in 2013. Foreign investment promotion and protection agreements have been finalized with 40 countries, including China.

Canada and Canadian Prime Minister Stephen Harper know that protectionist policies are not the best instrument to fight with the crisis as protectionism itself just prolongs the recovery of global economy. Therefore free trade and economic cooperation are so essential.