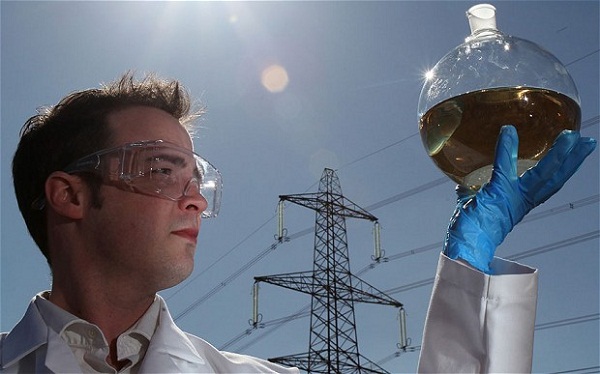 Air Fuel Syndication, a company located in the UK, claims that it has developed a revolutionary technology that enables production of “petrol from air”. “Petrol from air” is produced by using technology that captures water vapor and carbon dioxide present in air. By using this method the company produces a synthetic version of the fossil fuel.

The company Air Fuel Syndication, which is based in the north of England, claims that it has developed the “air capture” technology which enables production of synthetic petrol. News is revolutionary and “petrol from air” is said to be a potential “game-changer” in the ongoing battle against climate change.

The revolutionary “air capture” technology was presented at the Institution of Mechanical Engineers in London. The innovatory “petrol from air” technology works basically by removing carbon dioxide from the atmosphere. Air Fuel Syndication has informed that the new technology involves taking sodium hydroxide and mixing it with carbon dioxide before the phase of electrolyzing the sodium carbonate that it produces to create pure carbon dioxide. The next stage involves a production of hydrogen by electrolyzing water vapor captured with a dehumidifier.

As it was stated by officials of Air Fuel Syndication, the company had produced approximately five liters of petrol in three months at a small refinery located in Stockton-on-Tees, Teesside. According to the company, the fuel, which is produced by using the “air capture” technology, can be used in any regular petrol tank. In addition, if renewable energy is used to provide the electricity the fuel can become “completely carbon neutral.” The fuel, which will be produced using a renewable source such as wind or tidal energy, will be a clean alternative.

Peter Harrison, chief executive officer at Air Fuel Syndication, believes that by the end of 2014 the company would be able to produce the fuel using renewable energy on commercial basis provided enough funding.  According to Peter Harrison, in the next 15 years company aims at a refinery-scale operation.

But within the next two year Air Fuel Syndication plans to build a larger refinery so that the company would be able to produce approximately a ton of petrol a day and expand into producing green aviation fuel to make airline travel eco-friendly. Currently the company is using electricity from the national grid, but Peter Harrison believes that in the near future Air Fuel Syndication will use renewable sources to power the synthesis.

‘Petrol from air’ to revolutionize the market

Stephen Tetlow, Chief Executive of the Institution of Mechanical Engineers, highlighted the importance of this technological by stating: “Air Fuel Synthesis is a truly ground-breaking technology.  It has the potential to become a great British success story, which opens up a crucial opportunity to reduce carbon emissions.  It also has the potential to reduce our exposure to an increasingly volatile global energy market.  The potential to provide a variety of sustainable fuels for today’s vehicles and infrastructure is especially exciting.”