PetroChina to team up with Encana with $5.4 billion investment in Canada Gas 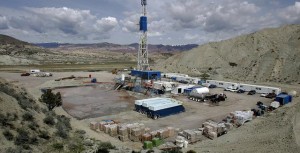 China’s biggest oil company, PetroChina is all set to grow bigger and better with an investment of Can$5.4 billion in a shale gas project to be developed in Canada by Encana, North America’s top gas producer.

If this deal comes through, the Cutbank Ridge fields will become PetroChina’s first gas asset in North America.

The agreement between PetroChina and Encana would mean for the companies to jointly develop the Cutbank Ridge fields in British Columbia and Alberta, a 256,975-hectare (635,000-acre) site with current daily production of 255 million cubic feet of natural gas equivalent (7.22 million cubic metres).

Encana estimates suggest that the fields in which PetroChina will have a 50% interest (if the deal goes through) have proved reserves of about one trillion cubic feet of natural gas equivalent. 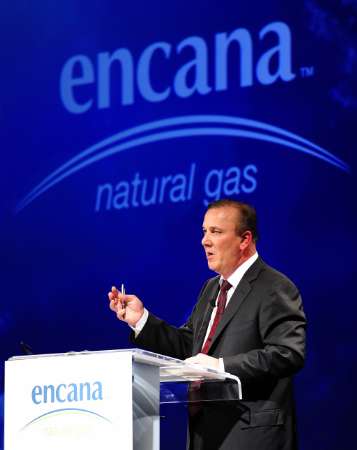 Randy Eresman, Encana’s CEO, said that the investment would allow Cutbank Ridge to be developed at an accelerated pace, and called the agreement a “major milestone” in the Canadian company’s developing relationship with PetroChina.

“This transaction is an important step forward in the plan that we announced last spring — to accelerate recognition of the value inherent in our vast natural gas resource portfolio,” Eresman said. “This agreement provides further evidence of the tremendous value that our teams have created in our Cutbank Ridge key resource play, just one of the many large resource plays we have in our company,” he stated further.

PetroChina, seemed equally thrilled about the deal, indicating that the joint venture provided “a platform for entering the major market in North America”.

The Canadian transaction follows PetroChina’s decision last month to form a venture with U.K. refiner Ineos Group Holdings Plc to process crude oil at plants in Scotland’s Grangemouth refinery and Lavera in Southern France. This story can be found in our last month’s news posts.

“PetroChina is now buying assets in developed countries like Canada and the U.S. as well as developing nations as part of its strategy to become an international oil major,” said Shi Yan, an analyst at UOB-Kay Hian Ltd. in Shanghai. “The focus on gas is because demand for the fuel in China is growing. Gas demand is rising by about 20 percent a year and the government is encouraging its use because it’s cleaner.”

China’s government wants to triple the country’s use of gas, which pollutes less than oil and coal, by 2020 and the fuel to account for about 10 percent of energy consumption. PetroChina plans to spend at least $60 billion on global assets in the next decade to increase reserves and production. The Encana deal, announced after market close yesterday, requires approval from the Canadian and Chinese authorities.

With approval by Canadian and Chinese regulatory authorities pending for the deal, there still remain some issues that might prevent the deal from coming through.

Prime Minister Stephen Harper’s Conservative government last year rejected a $39 billion takeover of Potash Corp by Anglo-Australian miner BHP Billiton on grounds that the Canadian company was of strategic interest and its sale was unlikely to benefit the country.

This however, was a hostile takeover, while the Encana deal with PetroChina, being a joint venture, will possibly be less controversial, especially given the fact that the Canadian Government has allowed Chinese companies to take stakes in Canadian energy companies recently.

So will this deal come through? Given the environmental and economic benefits involved with an increasing use of gas by the world’s fastest-growing economy, we certainly hope so.