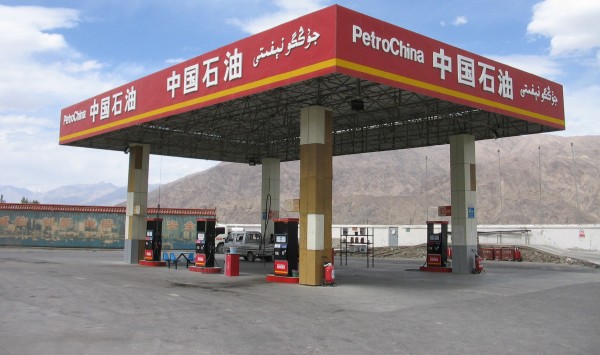 Big Oil is experiencing a big shift. And this makes the American giant now rank behind a Chinese upstart. For the first time, that distinction belongs to a 13-year-old Chinese company called PetroChina. Exxon Mobil is no longer the world’s biggest publicly traded producer of oil. PetroChina, the Beijing company, was created by the Chinese government to secure more oil for that nation’s booming economy.

PetroChina’s rise highlights a fundamental difference in how the largest petroleum companies plan to supply the world as new deposits become tougher to find and more expensive to produce.

PetroChina’s output increased 3.3 percent in 2011 while Exxon has been slowing losing its hold in the energy industry. Exxon’s output fell 5 percent last year and its oil production also fell behind Rosneft, the Russian energy company. Seems like, PetroChina has been motivated by a need to lock up as much oil as possible.

PetroChina falls well short of national oil companies like Saudi Aramco, which produces nearly 8 million barrels a day, even while it sits atop other publicly traded companies in oil production, it. And Exxon is still the biggest publicly traded energy company when counting combined output of oil and natural gas. PetroChina ranks third behind Exxon and BP in total output of oil and natural gas.

PetroChina chairman Jiang Jiemin said in January, “PetroChina is looking to build on its momentum in 2012. We must push ahead”.

PetroChina has grown by pumping everything it can from reserves in China, estimated to contain more than 6.5 billion barrels. It drilled thousands of oil wells across vast stretches of the nation’s northern grasslands. Some of those fields are ancient by industry standards, dating close to the beginning of China’s communist government in the 1950s. PetroChina also has been on a buying spree, acquiring new reserves in Iraq, Australia, Africa, Qatar and Canada.

Since 2010, its acquisitions have totaled $7 billion, about twice as much as Exxon, according to data provider Dealogic. Several other Chinese companies have become deal makers around the globe as well. More times than not, the companies are paying above the industry average to get those deals done.

It’s making some in the West nervous. Argus Research analyst Phil Weiss said, “You now have to outbid them. If you can’t, you’re going to have access to fewer assets. Longer term, Chinese expansion globally will bring benefits to the U.S. and other economies. By developing as many oil wells as possible, especially in Africa, Iraq and other politically unstable regions, China is expected to help expand supply.