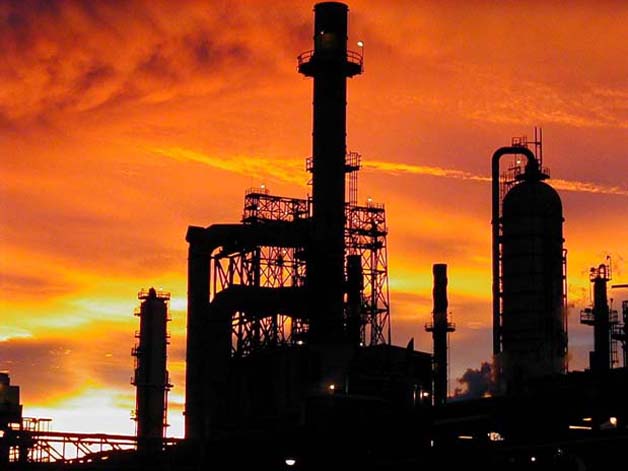 Petrobras was created in 1953 during the government of Brazilian president Getúlio Vargas, with popular support under the motto “The Petroleum is Ours!”. The company’s creation provoked the wrath of Brazil’s elite, who reacted fervently against the institution and Vargas himself.

Petrobras commenced its activities with the collection it inherited from the old National Oil Council (Conselho Nacional do Petróleo, CNP), which, however, preserved its inspection function for the sector.

The oil exploration and production operations, as well as the remaining activities connected to the oil, natural gas, and derivative sector, except for wholesale distribution and retail via service stations, were a monopoly Petrobras held from 1954 to 1997. During this period, Petrobras became the leader in derivative marketing in Brazil, and, thanks to the company’s performance, it was awarded the Offshore Technology Conference (OTC) in 1992, one which it was granted again in 2001.

Petrobras is driven by the challenge of supplying the energy that can propel development and ensure the future of the society with competency, ethics, cordiality, and respect for diversity.

They are a publicly traded corporation, the majority stockholder of which is the Government of Brazil, and we perform as an energy company in the following sectors: exploration and production, refining, oil and natural gas trade and transportation, petrochemicals, and derivatives, electric energy, biofuel and other renewable energy source distribution.

A leader in the Brazilian oil industry, we have expanded our operations aiming to be among the top five integrated energy companies in the world by 2020. We have a presence in 28 countries. The 2009-2013 business plan foresees investments in the order of $174.4 billion.

We are an energy company that is acknowledged the world over for our technological excellence.

Petrobras with its partners (BG, Galp Energia, and Repsol), and through its Tupi-BV and Guará-BV affiliates, has signed two contracts worth a total of $3.46 billion with the Brazilian outfit Engevix Engenharia S.A. for the construction of eight hulls for the platforms to be used in the first phase of production development for the pre-salt area in the Santos Basin.

These units are part of the new strategy for the construction of production units, being designed viewing to simplify projects and standardize equipments. Producing identical hulls in series will accelerate the construction phase, and will allow economies of scale and cost minimization.

Each platform, all of which FPSOs (floating, production, storage and offloading units), will have the capacity to process up to 150,000 barrels of oil and 6 million cubic meters of gas per day. All units are expected to start operating by 2017 and aims to reach the production targets set in Petrobras’ Business Plan for the pre-salt area. The expectation is that these platforms will add about 900,000 barrels of oil per day to domestic production when operating at maximum capacity.

The hulls will be built at the Rio Grande Naval Pole (state of Rio Grande do Sul), with local content expected to reach around 70%. The first steel shipments will be made in January, and hull construction will start in March. The first two hulls will be delivered in 2013, while the others in 2014 and 2015.

Brazilian capital markets also were preparing for a wave of transactions by other local companies now that the long-awaited sale had passed.

The transaction fulfilled Lula’s goal of increasing state control over Petrobras, which he and Dilma Rousseff, his likely successor as president next year, see as critical to ensuring that Brazil reaps the maximum benefits from the subsalt find.

The government boosted its stake in Petrobras through a complex transaction by which it gave the company exclusive access to 5 billion barrels of subsalt oil in exchange for shares. Some analysts complained that the oil-for-shares swap was detrimental to minority shareholders because the oil was valued at a higher price than investors expected.

Finance Minister Guido Mantega said the federal government, acting jointly with Brazil’s sovereign fund and state companies and pension funds, had increased their combined stake in Petrobras to about 48 percent from 40 percent. The federal government alone had 32 percent of the company’s capital before the deal.

“The deal was a huge success,” Mantega said. He ruled out any risk of a so-called oil curse in Brazil, which plans to set aside the lion’s share of the revenue for long-term investment in roads, schools and other infrastructure.

The state’s heavy hand in the transaction had rattled investors for months prior to the deal. Analysts said that risks lie ahead for Brazil as euphoria brings its inevitable consequences.

“Euphoria could lead to excess comfort, which in turn could result in serious economic imbalances,” said Luiz Alberto Machado, deputy head of the economics department at Sao Paulo-based university FAAP.

Machado said politicians would need to address risks such as excess fiscal spending or current account imbalances that could result from the deal.

The oil company’s preferred shares had slumped 27 percent since the start of 2010, partly because of concerns that Petrobras’ plans to expand in labor-intensive but less-profitable areas such as refineries were designed to satisfy Lula’s political objectives instead of minority shareholders.

Despite the concerns, Petrobras was able to sell 1.87 billion preferred shares at 26.30 reais each and 2.4 billion common shares at 29.65 reais — a smaller-than-expected discount of 2 percent discount to Thursday’s closing price.

The stock sale, which was larger than what the Rio de Janeiro-based company originally planned but below the maximum it had filed to sell, had total demand of $87 billion, a source with knowledge of the deal told Reuters on Thursday.