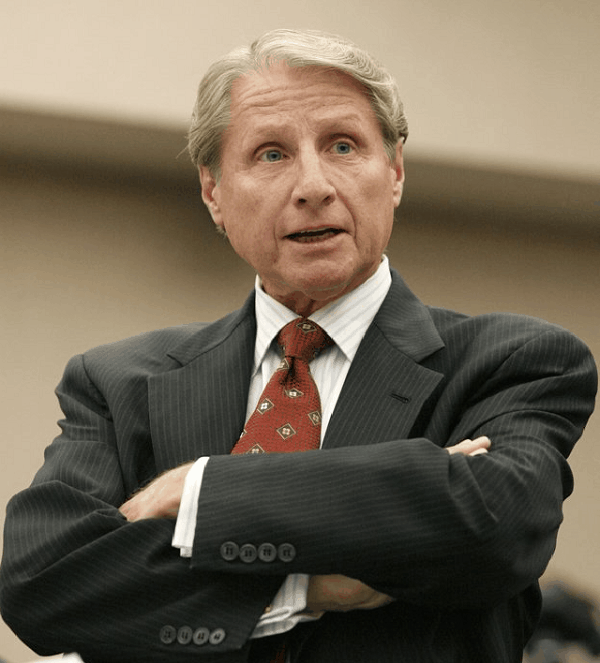 On Tuesday, prosecutors revealed that Russell Wasendorf Sr., the chief executive of Peregrine Financial, who was charged with the theft of over $200 million from customers availing the services of his futures brokerage and lying to regulators to lead them astray, has finally decided to plead guilty to mail fraud, issuing false statements to regulators and embezzling the funds of customers.

A plea bargain made known at a hearing in Cedar Rapids, Iowa, states that the 64 year-old Peregrine CEO Wasendorf might be facing a term of up to 50 years in prison. While appearing at the hearing after offering to plead guilty to mail fraud, he was dressed in an orange jumpsuit with his legs and writs shackled. Magistrate Judge Jon Scoles decided to offer his ruling on the Peregrine Financial plea agreement at a later date.

Jane Kelly, the public defender for Wasendorf, asked that he be freed from jail to the care of a pastor in his birthplace of Marion, Iowa. Kelly claimed that Peregrine CEO Wasendorf had offered his full cooperation to law enforcement as well as to the receiver appointed by the court, whose primary job is to track down all of Wasendorf’s assets and sell them off in order to raise the necessary money for swindled creditors and customers.

Kelly made it clear that Peregrine CEO Wasendorf did have an option available to him – he could have stayed silent about the whole affair. Yet, he chose to open up about it. Scoles stated that he would most likely pass the ruling as per her request by the close of the week.

Wasendorf had earlier attempted to take his life on the 9th of July close to the headquarters of his firm in Cedar Falls, Iowa. He even left a marked confession which provided an account of his 20 year-long fraud. The hunt for the money he stole is still ongoing as former clients of Peregrine Financial are unable to gain access to funds which have been frozen ever since the firm went bankrupt back on the 10th of July. Wasendorf was taken into police custody on the 13th of July and was indicted about a month later on 31 counts of making false claims to regulators. He had at first made a plea for being not guilty and was being kept under strict suicide watch at Linn County Jail in Iowa ever since he got arrested.

A pastor with the Ascension Lutheran Church by the name of Linda Livingston who knew Peregrine CEO Wasendorf back in high school told the judge that he was free to move in with her and her husband when Wasendorf was permitted to leave jail.

Livingston stated that Wasendorf’s wife of two weeks, Nancy Paladino, has consented to live in the house too if the judge considers him to be a potential suicide risk, required to have constant company, especially now that he has made up his mind to plead guilty to mail fraud.

Wasendorf’s son, Russell Wasendorf Jr., however, took a firm stand on the matter. Responding via his lawyer, he stated that his father would have to endure the results of his actions, before he was asked to plead guilty to mail fraud, which had wreaked so much havoc and caused such pain to the customers and employees of Peregrine Financial.