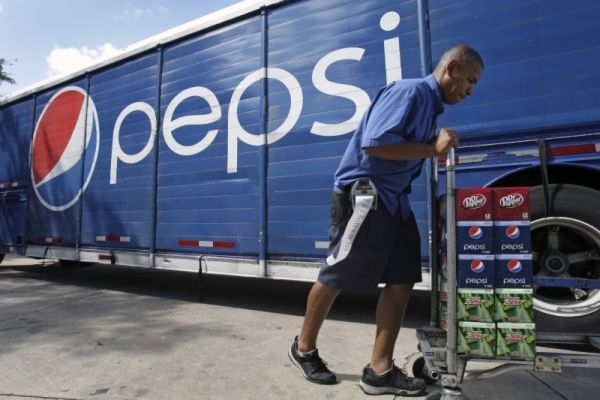 PepsiCo Inc. informed on Tuesday that its president, John Compton, resigned from the post to run a large privately held company in the state of Tennessee, Pilot Flying J Oil Corp. John Compton’s resignation comes as a surprise after less than a year on the job. Zein Abdalla has been appointed John Compton’s successor.

The pool of likely candidates to become PepsiCo Inc.’s next CEO, to replace current CEO Indra Nooyi, has narrowed after the resignation of John Compton.

However PepsiCo Inc. informed that Zein Abdalla, CEO of the company’s European division, would be a successor of John Compton and take over as company’s president. The change is effective immediately. Zein Abdalla was a natural choice because of his results in Europe, where he doubled PepsiCo Inc.’s revenue to approximately $15 billion, thanks to acquisitions and focusing on building business in high-growth markets. In addition, Enderson Guimaraes, who was president of the company’s global nutrition group, was named to head PepsiCo Europe, as it was stated by PepsiCo Inc.’s officials.

The John Compton’s resignation was a surprise as he was appointed PepsiCo Inc.’s president just in March. What is more he was believed to be the most likely successor to CEO Indra Nooyi, who had been criticized for a stagnant stock price and a North American business lagging behind Coca-Cola’s, immemorial rival of the company . The appointment of John Compton as president was a part of the restructuring plan that PepsiCo Inc. implemented this spring. The restructuring was aimed at strengthening the company’s lineup of potentials successors to CEO Indra Nooyi. Moreover John Compton’s resignation was seen as surprising and disappointing by Wall Street’s analysts.

According to Steve Powers, an analyst with Bernstein Research, even though John Compton’s resignation was motivated by his personal reasons, one could view his resignation as a sign that Compton himself saw a rise to CEO unlikely.  The appointment of Zein Abdalla made him a leading CEO candidate, as it was stated by another analyst.

The John Compton’s resignation was announced after the close of trading on Wall Street. PepsiCo Inc.’s share grew 15 cents to $71.73 in after-hours trading after ending the regular trading session dropped 26 cents at $71.58. PepsiCo Inc.’s stock has been up roughly 8 percent in the year up to date.

Back to the South

John Compton joined PepsiCo Inc. as a 21-year-old at Frito-Lay facility, which was located in Pulaski, Tennessee. He worked at PepsiCo’s profitable Frito-Lay snacks group for more than 20 years, then he became CEO of the Americas food group in 2007. In March this year he was named president of PepsiCo Inc. and was mainly responsible for integrating PepsiCo Inc.’s global operations and brands more closely.

Yet he decided to resign as president as he explained in his statement: “I have deep and personal ties to Tennessee, and my family’s plan all along has been to return to Tennessee at some point.” He will run Pilot Flying J, the Amercian largest truck stop operator. The company is based in Knoxville and operates a chain of truck stops in the United States and Canada generating over $30 billion in revenue. Pilot Flying J is also known to be the third-largest franchiser of fast-food restaurants and the largest franchisee of well-known Subway.