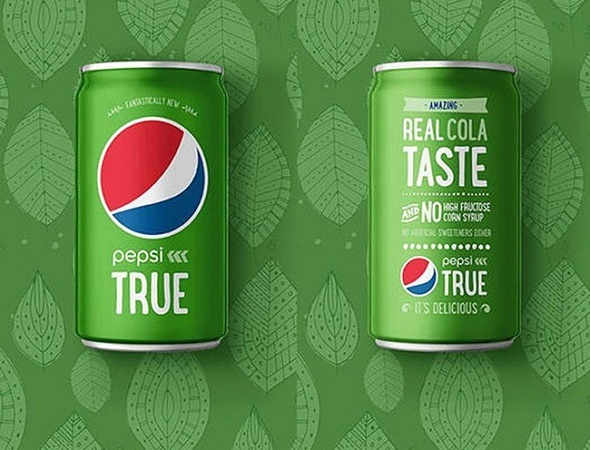 Pepsi True will be sold in 24-packs of 7.5-ounce cans that will contain 60 calories each.

The battle between the world’s leading soft drink companies, PepsiCo and the Coca-Cola Company isn’t about to die yet. PepsiCo Inc. announced on Wednesday that it will be launching its own stevia-sweetened cola called Pepsi True that is less in calories and will initially be launched on Amazon later this month before hitting stores.

The new stevia-sweetened fizzy drink will contain a mix of real sugar and stevia-leaf extract, giving it 30% less calories compared to conventional sodas. The drink was intended for anti-sugar consumers seeking an alternative to artificial sweeteners. According to a PepsiCo spokeswoman, the product will be sold in 24-packs of 7.5-ounce cans that will contain 60 calories each.

The beverage giant plans to post the following explanation on its website: “Gone are the days when consumers evaluated beverages solely on calories and taste. Today, a proliferation of beverage products provides consumers a wide range of choices that are driven by taste, sweeteners and calories.” The company will then list latest examples of other lower-calorie beverages it has launched, including other stevia-sweetened drinks such as Sobe Lifewater Tropicana’s Trop50. “And today, PepsiCo announced it is helping consumers get back to the fun and refreshing side of cola with the U.S. launch of Pepsi True.”

The launch follows chief competitor Coca-Cola’s launch of a reduced-calorie Coca-Cola Life, which is sweetened with cane sugar and stevia. Life is also said to have 35 percent lesser calories than regular Coke. Coca-Cola had begun testing Life in various stores in the U.S. and is expected to roll out the product throughout the country next month.

“Coke Life and Pepsi True are similarly formulated products. Though the initial distribution is different, it proves one thing: the cola wars are far from dead,” John Sicher, editor and publisher of Beverage Digest said in an email.

Pepsi’s move comes in the wake of consistently declining sales of carbonated soft drinks for 10 years as consumers shy away from the unhealthy, high-sugar, empty-calorie drinks. Traditional diet offerings, such as Diet Coke and Diet Pepsi, are also under pressure as people have also shifted away because of health concerns about artificial sweeteners such as aspartame.

Stevia, which usually comes from South American stevia plants, has the advantage of a natural image. However its bitter aftertaste doesn’t appeal to all palates and soft drink makers have been trying to eliminate it. The solution so far has been mixed with sugar. PepsiCo recently reformulated its Sierra Mist brand with stevia.