Pentagon to end Blackberry dominance opening to iOS and Android 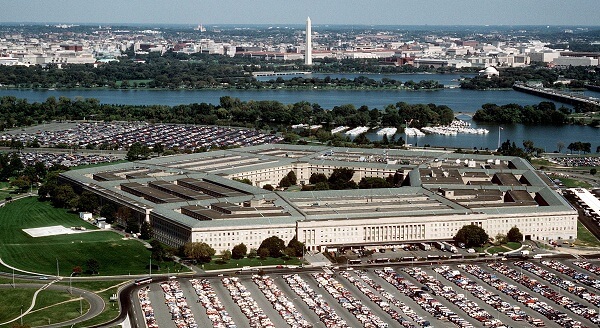 Not surprisingly, the US Department of Defense has informed that the dominance of Blackberry is over as it plans to open its networks to devices from Apple Inc., Google Inc. and other producers. A new “more agnostic” IT strategy is to be implemented in 2014. Certainly, it was a big hit for Canada-based Research in Motion (RIM) which had an exclusive contract with the US Department of Defense.

After years of a faithful relationship, the US Department of Defense decided to change rules of its rapport with Research in Motion (RIM) by opening to new devices from different producers, including Apple Inc. and Google Inc. The US biggest employer has decided simply to shift to the so-called “device-agnostic” approach as its Commercial Mobile Device Implementation Plan is to be introduced. All of these steps are aimed at making the military keeping up with most advanced technology. As it has been underlined by the officials, the US Department of Defense wants to create new wireless voice, video and data platform by October 2013.

Moreover, the US Department of Defense wants its workforce, military and civil, to be equipped with advanced and secured mobile devices. Teri Takai, Defense Department Chief Information Officer, underlined in a statement: “As today’s DoD personnel increasingly rely on mobile technology as a key capability enabler for joint force combat operations, the application of mobile technology into global operations, integration of secure and non-secure communications, and development of portable, cloud-enabled capability will dramatically increase the number of people able to collaborate and share information rapidly.”

The new “device-agnostic” plan is based on the idea of integrating devices running Apple Inc.’s iOS and Google Inc.’s Android system. However, it has been underlined by the US Department of Defense that the new plan does not mean the complete resignation from BlackBerry. Simply, it means the end of the BlackBerry domination.

What is interesting is the fact that the US Department of Defense will allow its employees to choose what devices they want to use and this is certainly a big revolution.  As of yet, the US biggest employer has slightly over 600,000 mobile devices, including roughly 470,000 BlackBerry products, approximately 41,000 Apple Inc.’s iOS devices and about 8.700 running on Google Inc.’s Android system. According to statements, the Department aims to have approximately 8 million mobile devices. So, mobile devices producers have their eye on contracts as they “just” need to meet strict security guidelines to enter the game.

Even though BlackBerry maker Research in Motion (RIM) has been visibly struggling, the company’s product will remain a part of the Department’s mobile device strategy and plan. These days, Pentagon is still checking BlackBerry 10 platform which was released on the 30th of January.

Indeed, the company’s flagship product BlackBerry product has lost some of its magic and popularity. Research in Motion (RIM) is losing with other mobile devices producers, including Apple Inc. and Samsung Electronics Co.  The change in the Department’s mobile devices strategy and policy has certainly hit the company which just in October 2012 learned that the US Immigration and Customs Enforcement agency decided to replace BlackBerry devices with Apple Inc.’s iPhone. If Research in Motion (RIM) wants to survive and be a crucial player in the market, it needs to become more innovative.