Peloton Downsizes Its Workforce and Changes Its CEO

Peloton is looking to shed nearly 2800 jobs as it focuses on a leaner structure.

American exercise and media equipment company Peloton Interactive Inc. is faced with tough times. The company announced on Tuesday that CEO John Foley will be stepping down and the company will be cutting down almost 2800 jobs. Wall Street analysts believe that this is a sure-fire indication that the New York-based company is looking to sell.

Amid waning demand for home exercise equipment, the company has also scrapped plans to build a new factory in Ohio. The factory was scheduled to build bikes and treadmills and was estimated to cost $400 million. The Peloton Output Park, as it was envisioned, was expected to add around 2000 jobs, spread across 200 acres. 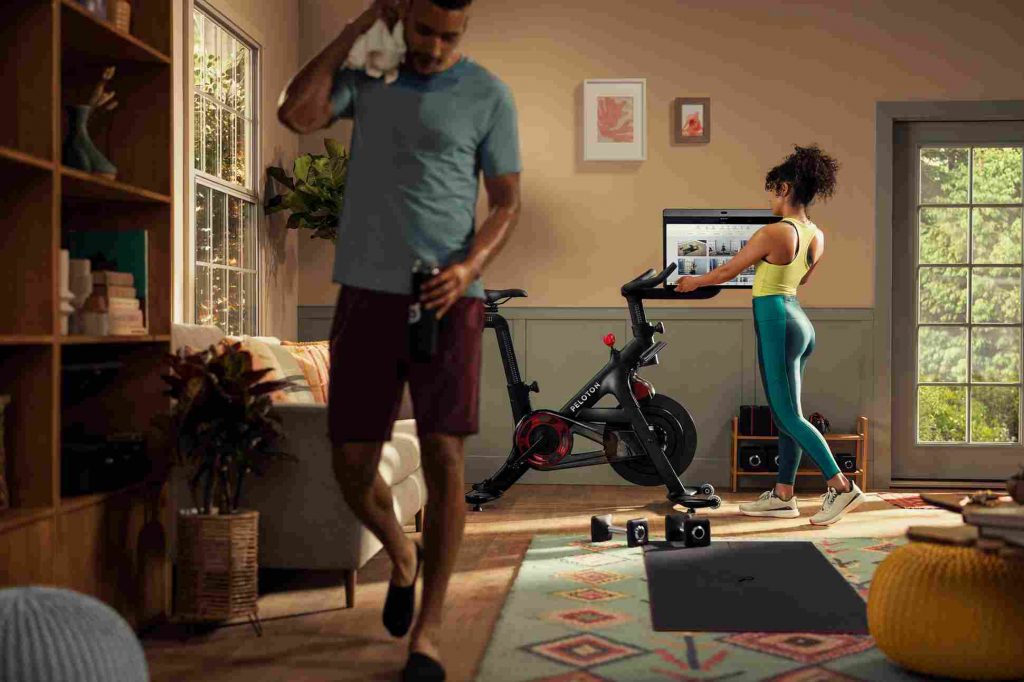 Peloton gained numerous customers and fame during the pandemic.

The company was founded by John Foley in 2012 and went public in 2019 by an initial public offering, raising $1.16 billion. In January 2022, CNBC accessed internal documents and revealed that the company is planning to pause production of its signature bike for two months and of treadmills for six weeks. In 2020, at the start of the pandemic Peloton saw increased demand and its stock skyrocketed almost 434%. However, Peloton’s shares started falling in 2021. Shares had hit nearly $160 at the height of the pandemic, but in November of last year it fell to around $27. Less than expected growth had investors panicking while inventory piled up.

Peloton also garnered negative publicity in December 2021 after Mr. Big’s character in Sex and the City reboot And Just Like That…, fell and died while exercising on a Peloton bike. Another factor is the growth forecast. Analysts were expecting a forecast of $5.3 billion for 2022, but the company reduced its targets to a range of $4.4 billion to $4.8 billion, worrying Wall Street.

During his Tuesday announcement, in which he mentioned that the layoffs will be conducted globally, he assured one section of his employees that their job is safe and secure –the instructors.

Peloton’s instructors are the company’s brand ambassadors who have helped boost sales and motivated clients to stay fit during the Covid-19 pandemic. People in the know are convinced that superstar instructors are paid upwards of $500,000 per annum. Some of them have capitalized on their fame to launch their personal ventures. Instructors Robin Arzon and Cody Rigsby were contestants on ‘Dancing with the Stars’, and have teamed up with Ally love to launch a special edition apparel collection with Adidas.

However, as gyms and public spaces open up, the home exercise equipment maker is struggling to find a way to stay relevant. The company has been racking its brains to find a way to attract new customers.

Foley mentioned that the company will reduce nearly 20% of its workforce which translates to corporate and desk jobs. In his note, he mentions that the company is making some changes to “position Peloton for long-term success.” Starting February 8, Foley will leave his position as CEO and take up the post of Executive Chair while William Lynch who served as President will move to the role of non-executive Director and be a member of the Board. Barry McCarthy will succeed them as CEO and President. He has previously worked with Spotify and Netflix.

The famed equipment maker will also realign and reduce warehousing facilities for North America. This move will help them optimize their logistics network and cut costs. The company faces a growing competition in gyms, fitness apps, and wearables.

The company expects to save close to $800 million with these changes and admitted that restructuring capital expenditure might come up to $60 million.

Employees who will be laid off will be given severance pay and due benefits, based on their job level and tenure with Peloton. The company will also offer career services through a third pay vendor to help its employees find other positions. Furthermore, in true Peloton style, they are also offering them a free subscription for the coming year.

Christy Gren
Christy Gren is an Industry Specialist Reporter at Industry Leaders Magazine she enjoys writing about Unicorns, Silicon Valley, Startups, Business Leaders and Innovators. Her articles provide an insight about the Power Players in the field of Technology, Auto, Manufacturing, and F&B.
« Tech Trends That Will Change Your Life in 2022
Hyundai and Kia Vehicles Are a Fire Hazard, Warn Makers »
Leave a Comment
Close