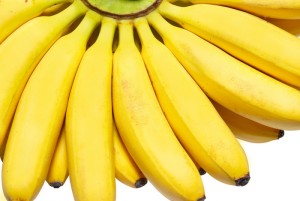 Finally, the peel gets acknowledged instead of being tossed aside!

Gustavo Castro and his colleagues from Instituto de Biociencias de Botucatu, Brazil, have developed a water purification system based on banana peels, with no other complex filters or other electronics involved.

To add to the surprisingly inventive uses for banana peels – which include polishing silverware, leather shoes, and the leaves of house plants – purification of drinking water contaminated with potentially toxic metals is the latest on the list.

The report identifying minced banana peel as a better performer than an array of other purification materials appears in ACS’s journal Industrial & Engineering Chemistry Research.

Peel Purification Systems above Conventional Ones

Gustavo Castro and colleagues note that mining processes, runoff from farms, and industrial wastes can all put heavy metals, such as lead and copper, into waterways. Heavy metals can have adverse health and environmental effects.

Current methods of removing heavy metals from water are expensive, and some substances used in the process are toxic themselves. Previous work has shown that some plant wastes, such as coconut fibers and peanut shells, can remove these potential toxins from water. In this report, the researchers wanted to find out whether minced banana peels could also act as water purifiers.

The researchers found that minced banana peel could quickly remove lead and copper from river water as well as, or better than, many other materials.

The Green Chemistry of Peels

The research carried out by the Brazilian scientists notes that natural products usually considered waste – such as sugar cane bagasse, peanut shells, and apple waste – have been employed for the extraction of metals from water, because of the presence of acid groups such as carboxylic and phenolic groups in these products.

In this particular case, minced banana peel was characterized by FTIR to identify the functional groups responsible for its capacity to coordinate metal ions.

According to the IECR report, the peel was tested in the extraction of copper and lead ions from water, and applied in column experiments to test its ability to pre-concentrate copper and lead from raw river water. The accuracy of the pre-concentration method was evaluated by comparison against a certiﬁed reference material.

Findings from this study indicate that a purification apparatus made of banana peels can be used up to 11 times without losing its metal-binding properties, they note. The team adds that banana peels are very attractive as water purifiers because of their low cost and because they don’t have to be chemically modified in order to work.

Taking into account that the researchers have been funded by the São Paulo Research Foundation, probably the first recipients of this new organic technology will be South American.

However, given that the system so developed would be quite cheap, such filters could prove to be a big boon in places where the energy is scarce and people get sick or even die by drinking contaminated water.