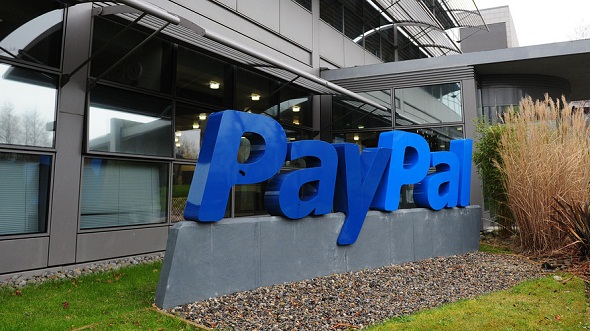 PayPal to reimburse $15 million to customers, and $10 million as a penalty amount to the agency.

Online shopping hotspot, PayPal was fined to pay $25 million to the Central Financial Protection Bureau for allegedly deceiving customers in signing up for its undisclosed credit policy. The complaint was logged on Tuesday where TFPB fined PayPal to reimburse $15 million to customers, and $10 million as a penalty amount to the agency.

According to a source, PayPal was making customers sign up for credit lines, promised discounts, and payment options, which no customers have yet received. The Central Financial Protection Bureau Director, Richard Cordray said in a statement that PayPal has illegally signed up customers for its credit policy without seeking their permission and failed to address disputes while a complaint was logged against it. Moreover, online shopping has changed the standard living of American civilians, and they must be fairly treated.

The agency charged PayPal to compensate the loss it created to those customers and warned company that their future customers must be made aware about its new credit payment policy.

The California-based company, PayPal enabled American customers to safely purchase goods only without stressing over online security. In 2002, PayPal was acquired by eBay. Albeit, a year ago, both the companies decided to part their share.

Earlier in 2008, PayPal acquired a company – Bill Me Later, which was now, renamed to PayPal Credit. Companies operations were as similar as PayPal’s credit policy where a customer shops online and makes payment on later date, with subject to interest rates. PayPal’s recent scenario was as similar as the agency stated; PayPal was deceptively enrolling customers in its new credit policy programs who were just signing up for standard PayPal account.

The agency determined to pay back customers from the year of 2011, till beginning of May, 2015. The order was passed by agency so, it can repay the loss encountered by PayPal’s customers.

The Bureau introduced a lawsuit to secure injured customers, and to halt Defendants’ unlawful conduct by imposing a penalty charge against such allegations.

According to PayPal’s verdict, the company is taking due care in protecting their customers safety for such credit payments, and asserted that they are continuously improving their product quality and services, enhancing communication to achieve a superior customer experience. The company’s main focus is ease of use, clarity, and providing high-quality products to be delivered to their customers that are complied with applicable laws.

The compliant logged with the U.S. District court for the District of Maryland, it said, if the U.S District court judge passes an order to repay amount to injured customers, the company has to follow court’s order, and it will have to reimburse to those customers who have unknowingly signed up for PayPal’s credit policy that was not disclosed, and allowed flawed customer practices.

Anna Domanska
Anna Domanska is an Industry Leaders Magazine author possessing wide-range of knowledge for Business News. She is an avid reader and writer of Business and CEO Magazines and a rigorous follower of Business Leaders.
« Apple Inc. Partially Wins the Battle over Samsung Patent Case
Microsoft is reportedly preparing to launch a chat-style email app called Flow for Apple’s iPhone »
Leave a Comment
Close