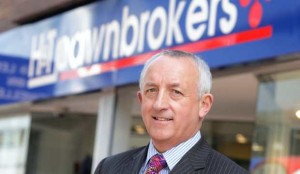 Britain’s biggest pawnbroker is over the moon, with all-time gold price highs causing profits for the business to jump to £25.5m.

This means a 38% rise in pre-tax profits for H & T as a 28% increase in the gold price during the year pushed up its investment earnings from the precious metal by nearly a half to £20.1m.

Gold prices soared in 2010 as investors around the world sought a risk-free avenue in response to low interest rates and weak currencies.

“Gold purchasing volumes remain satisfactory and while margins are expected to be lower in 2011, we still anticipate that this business sector will continue to be a significant contributor to profits in 2011,” the company said in a statement.

H & T gets 60 percent of its business from pawnbroking.

H & T’s bottom line was further boosted by a 3.4% rise in the value of its pledge book to a record £39.5m. Hvaing inched up to £40m so far this year, setting a new UK pawnbroking record, H & T’s pledge book is expected to end the year at about £42m, as austerity measures further increase demand for loans.

Looking forward, Steve Fenerty, H&T’s commercial director, admitted that group profits would probably fall this year, despite the likely increase in the pledge book, amid widespread expectations that any further gold price increases this year would be well below the rise seen in 2010. 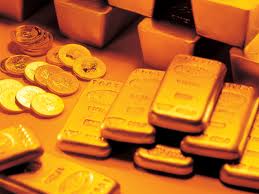 Despite this, Fenerty remains positive. “The overall outlook for the pawnbroking industry is good – there is a long way that it can go … austerity cuts could certainly increase things.”

The company, which started as Harvey & Thompson with a branch in Vauxhall Bridge Road in 1897, currently has 135 stores, including 13 new stores opened in 2010, and plans to open 40 more in the next two years.

“A lot of people started to realise that a few bits of broken jewellery or bits and bobs stuck at the back of a draw could bring in some useful cash,” he said.

Nichols said more people were turning to pawnbrokers because it was tougher to get credit from banks.

“But we haven’t seen any dramatic changes as a result of a weak economy,” he said. “A lot of people are selling gold to buy new jewellery.”

H&T shares, which have gained about 21 percent in the last one year, closed at 320.6 pence on Wednesday on the London Stock Exchange, valuing the business at about 114.2 million pounds. ($1 = 0.615 British Pounds)