Path-Breaking Business Ideas of the Year

For an organization to be truly profitable, its leaders must innovate. More than the innovator’s DNA, it needs a business idea to solve an actual problem. You’d be surprised how many businesses are low-impact and fail to discover an innovative solution to an everyday problem. On the other end of the spectrum, there are businesses, which seem to have it all – customers, cash, and most of all, a promising idea to an everyday problem.

In today’s world, innovation rankings are popularity contests based on editorial whims. Industry Leaders set out to create something different with Money Making Business Ideas list, using the entrepreneurial wisdom.

Can We Treat AHDH and Alzheimer’s With Gaming?

EVO guides players through a series of foreign worlds, where players can collect stars and gems and interact with aliens. The game is carefully designed to improve attention, inhibition and working memory in kids with ADHD.

Shire, the world’s largest seller of ADHD drugs, has invested an undisclosed sum in Akili to help design its ongoing ADHD study. The trail enrolled 80 children ages 8 to 12; half has AHDH and the other half are cognitively normal. All will play EVO for about 30 minutes a day for a month.

The game took four years in the making, and is now ready for launch. It has entered phase-three of clinical trial for pediatric ADHD. The trial will span across the country and multiple hundreds of patients. If approved by the FDA, it will be one of a kind medication, where doctor’s will prescribe a game instead of a pill.

Detroit-based Identilock, has developed a biometric clasp that allows a gun’s trigger to release only when matched with the owner’s fingerprint. Multiple sets of fingerprints can be authorized to unlock the gun, allowing access to trusted users. The gun owner can easily remove people from Identilock’s profile. The biometric clasp can be used to lock almost any handgun.

Identilock’s founder, Omer Kiyani, knows what it’s like to get shot in the mouth. When he was a teenager, he says, he survived an accidental gun shot. The portable lock, may not exactly stop all the gun shooting in the US, but it will make sure that personal firearms are in the right person’s hands, and not the wrong person. Identilock was showcased at the CES, the annual technology industry show in Las Vegas, earlier this year. While no guns were allowed on the show floor, Kiyani’s hitech fingerprinting software was there anyway. 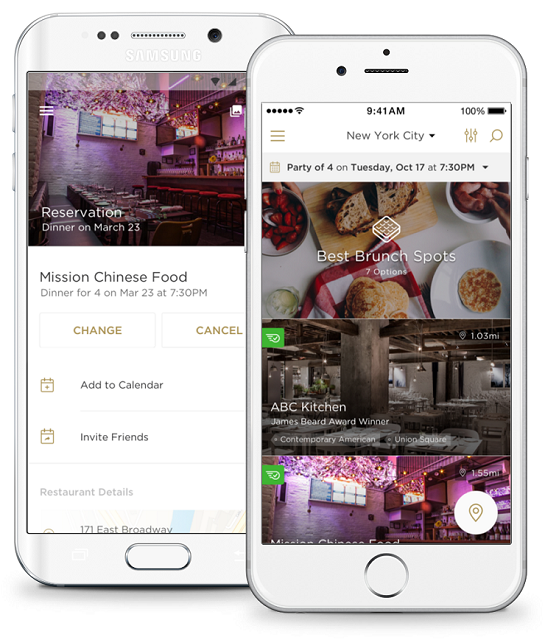 No-shows are a problem for restaurants, everywhere. One canceled table could mean a 100% loss of profit. While, some restaurants, like the Red Medicine in Los Angeles, have taken to publicly shame diners who don’t show up for their reservations, there are some who’re turning this ordeal into a win-win. Reserve is a dining concierge app that offers restaurant reservations for a $5 booking fee. The app offers access to tables at restaurants in New York City, Boston, Los Angeles, DC, Chicago, and now London. The app has an impressive list of entrepreneurs behind it, including founders from Uber and Foursquare.

To combat no-shows, the app charges customers who no-show $10-$25, and passes the fees directly to the restaurant. CEO and co-founder Greg Hong says, the Reserve app is “putting restaurants back in control of the dining room.”

Here’s how it works: Select where to dine from the app’s curated list of restaurant partners and give a time window of when you’d like to do so. The Reserve app then secures the reservation at the restaurant, frequently sending updates to you along the way. There’s no membership fees involved, and the app is free to download. 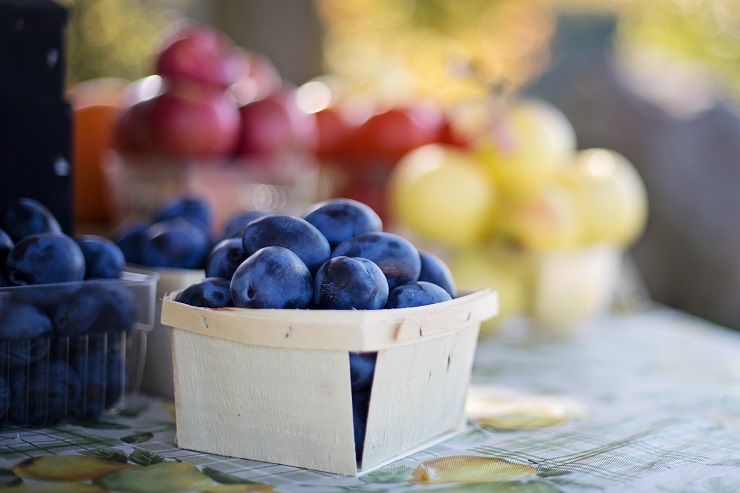 Anyone in the food supply chain or commodities market rely on USDA data to operate. This also includes data that farms depend on to price livestock and crops, which ultimately help determine which commodities to grow and which to sell. But, ever since the US government shut down the website in 2013, it has become difficult for farmers to get market quotes.

While, there are private data providers, like Informa Economics and Pro Exporter, which provide market quotes, they offer subscription priced at $8,000, and are nearly not as comprehensive as the USDA data.

Mercaris is a market data service and online trading platform for organic, non-GMO, and certified agricultural commodities. The platform offers monthly or yearly subscription at affordable rates. The reports available on the platform are designed to help producers, mills, manufacturers, elevators and retailers know how much they should charge or pay for products.

Comprehensive reports available on Mercaris also track and compare spot and forward prices of organic products, from the point of first delivery to across the US.

The trading platform, launching this month, will allow buyers and sellers to trade commodities online. 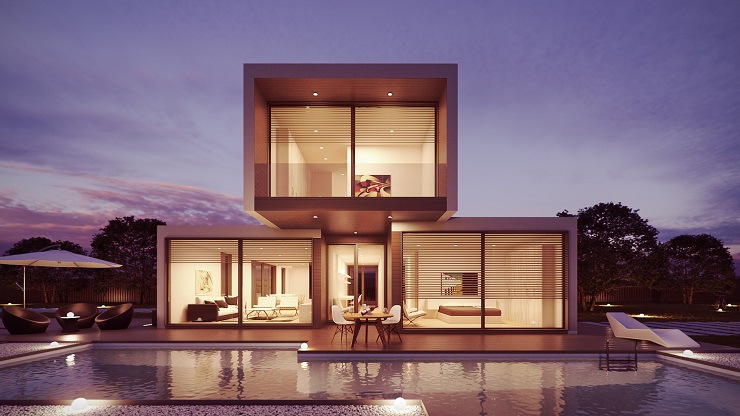 Lemonade is a mobile-based, peer-to-peer model focused on selling renters’ and homeowners’ insurance products. It helps manage the same level of personalized financial and estate planning as professional agents and advisors do.

“Technology drives everything at Lemonade,” says Shai Wininger, the company’s president and co-founder.“From signing up to submitting a claim, the entire experience is mobile, simple and remarkably fast. What used to take weeks or months now happens in minutes or seconds.

Lemonade’s mobile technology offers consumers with policies at a fraction of the cost of what competitors offer. Renters’ insurance starts at $5 a month, and homeowners’ policies start at $35 a month. Although, the company has not yet announced plans to move into the life and health insurance space, it plans on doing so in the next few months.

Lemonade was founded over a year ago, and is still expanding its line of insurance products.

Can We Make Healthy Living Affordable And Accessible For Every American Family? 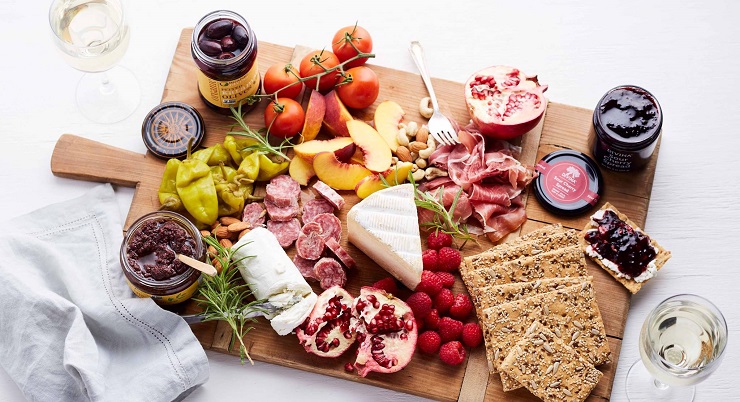 A 2013 study from Harvard School of Public Health found that a healthy diet costs about $1.50 more per day per person than eating an unhealthy diet. Put it together, that’s about $2,200 annually for a family of four. An online grocer is offering specialty food and beauty products at a cheaper price than what you’d find at Whole Foods or Amazon. Thrive Market, the Seattle-based startup is focused on selling organic and natural food at the price of the conventional non-organic equivalent. The startup is only 17 months old, and is already pulling in big bucks. It registered sales of $10 million in March 2016, a 500% increase from last year.

The average household income of Thrive customers is less than $75,000, and are more likely to shop at retailers like Target and Old Navy.

How Do We Rid World’s Oceans of Plastic? 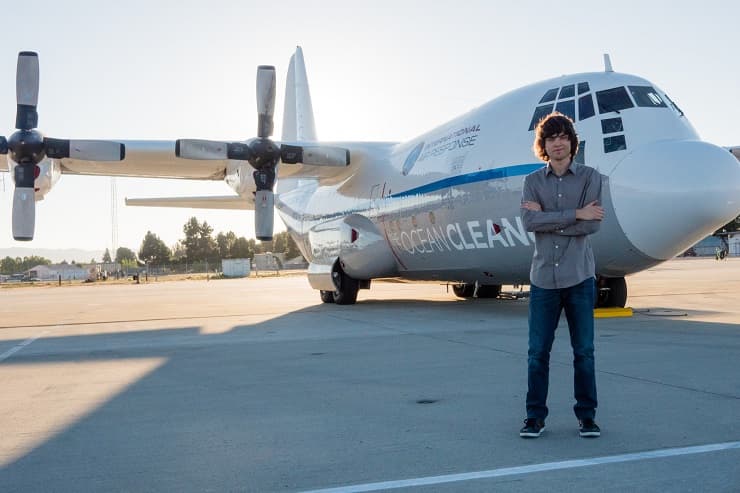 In 2015, non-profit foundation, The Ocean Cleanup hit the milestone of deploying a giant, floating structure to pull floating trash from the Pacific Ocean. With $2.2 million raised from crowdfunding, 21-year-old founder, Boyan Slat plans to deploy 100 kilometers of passive floating barriers in an effort to clean up 42% of the Great Pacific Garbage Patch’s plastic pollution in 10 years.

“The ocean garbage patches won’t disappear by themselves. If you collect plastic closer to the source, the total mass that you remove may be larger, and the influx to the gyres would be reduced. Our focus however is on the necessary task of removing the plastic that already reached the gyres.”

The Ocean Cleanup project features 60-km-wide net and boom systems to capture floating plastic. If everything goes right, the first operational pilot system will be deployed on Japan’s coast in 2017 to stop floating plastic from reaching Tsushima island. By 2020, Slat hopes to launch a full-scale, 100-km-long system between Hawaii and California to clean up the Great Pacific Garbage Patch.

How Do We Prepare Our Kids for the Singularity? 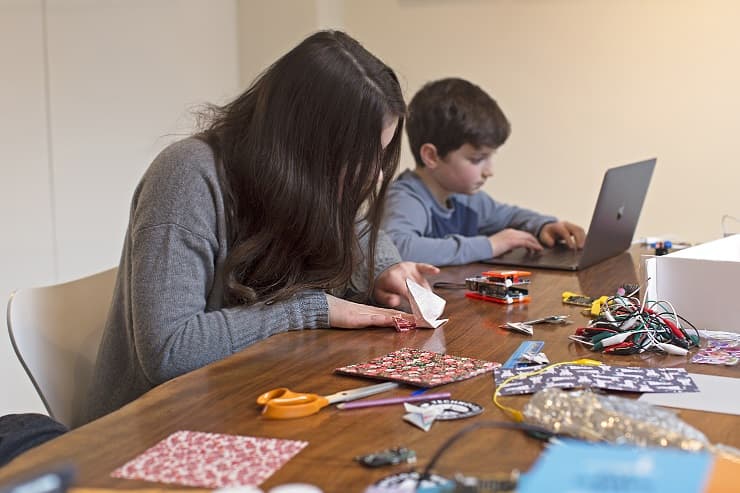 The society we live in has a flawed relationship with technology. Technology Will Save US (TWSU) wants to change this through education. Started in Hackney, East London by a husband-wife team, Bethany Koby and Daniel Hirschmann, TWSU offers resources such as DIY gadgets kits and online educational materials.

The wide range of learning resources are designed to encourage children to learn to make, play, code and invent. For now, the resources include a DIY speaker kit, a DIY synth kit and a DIY gamer kit.

The kits tap into interests and hobbies, such as cycling, gaming, music, and gardening. The DIY kits are priced from £15 and targeted at children aged 5+. So far, over 50,000 kits have been sold.

This year, TWSU expanded its product range via retail partnerships with Urban Outfitters, John Lewis, the MoMA Design Store in New York, and The Conran Shop.

The upcoming Rivian IPO shows how it’s Tesla’s biggest EV competitor in the making. We spoke to automotive industry experts to find out if Rivian Automotive’s initial public
48 mins ago