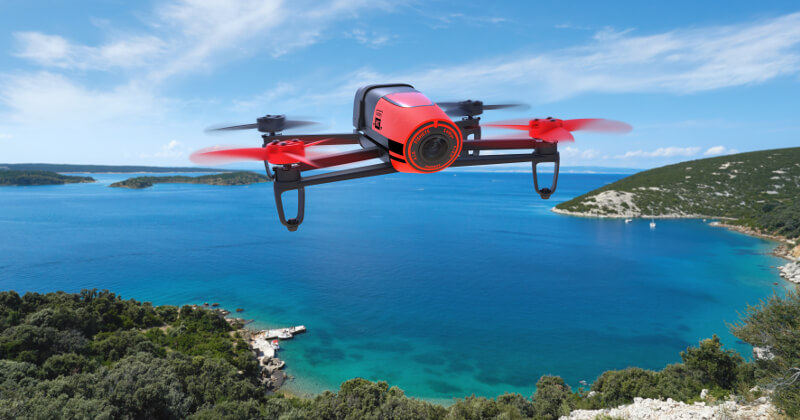 French drone company Parrot on Tuesday unveiled its latest flying machine, the Bebop drone. Named Bebop for its ability to dance in the air, the drone is smaller, lighter and infinitely more powerful than Parrot’s AR.Drone 2.0.

The announcement of Bebop drone was made back in May and Parrot today announced that its Bebop Drone quadcopter will retail for $499 beginning in December at Best Buy, Apple stores and online. And for UK and Australia, the Bebop drone won’t be available until the beginning of 2015 and pricing is not yet announced, but the US price converts to around £320 and AU$570, although the final prices may vary.

Though its predecessors, the AR.Drone and AR.Drone 2.0 had cameras built-in, picture and video quality didn’t seem to matter much. But the Bebop is equipped with a 14 megapixels full HD (1080×1920) “fisheye-lens” front camera that streams the view of the flight in real-time on the smartphone or tablet while the user is controlling the drone. The camera is held stable with the help of shock absorbing pads and also comes with an optional joystick like controller to make flying easier for beginners.

Unlike the old AR.Drone 2.0 which had 720p video camera, the Bebop will be able to capture video at 1080p full-HD resolution (30 frames per second) in a 180-degree field of view and is capable of streaming directly to phone or tablet. Video is recorded to the Bebop’s 8GB of internal storage in MP4 format, there’s no microSD or SD card slot. Photos can be captured in JPEGs or Adobe DNG raw format.

Bebop weighs nearly 400 grams (14.1 ounces) and is compact too. It measures roughly 12 inches (28 cm) square and 1.5 inches (3.6 cm) tall. It can travel a lot faster than the AR.Drone clocking at 50 kilometers per hour (roughly 31 mph), while the AR.Drone maxes out at 15 kph. Additionally Parrot also included a brand new 802.11ac radio that can connect over 2.4GHz and 5GHz bands, meaning user’s can even look for the best channels and manually switch to them if they want better communication with the drone. And those connections could go a long way. Bebop stays connected up to 250 meters away, Parrot said. 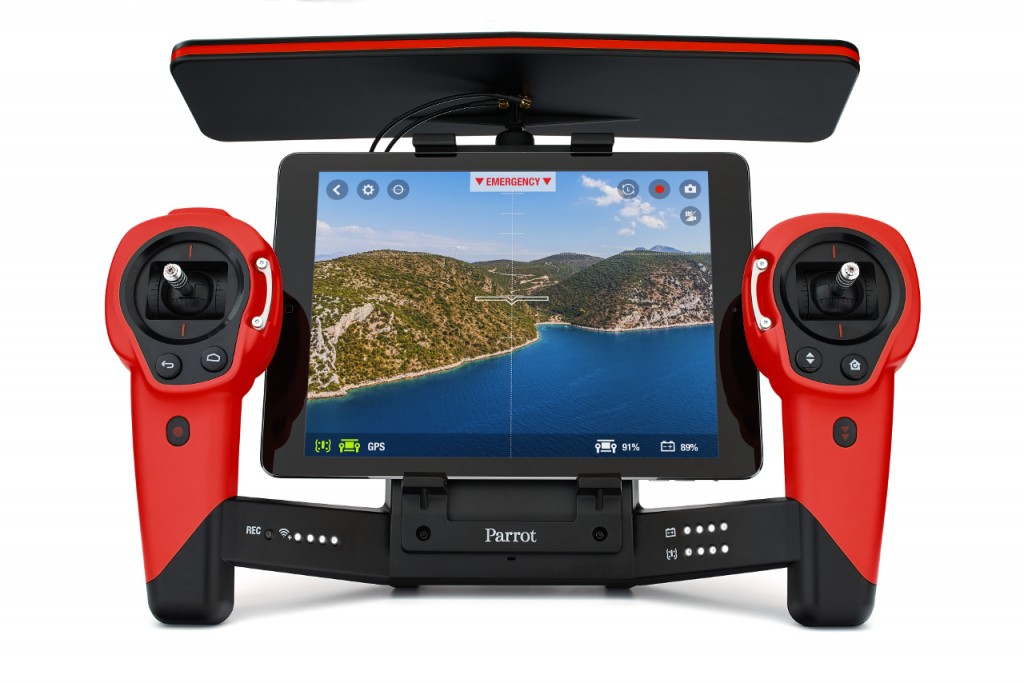 Similar to its other drones, controlling is done with a smartphone or tablet. However, there is also a separate navigation tool called Skycontroller for those who require physical controls instead of just using touch. While Skycontroller gives a more ground-control experience, it also improves wireless communication with the help of its amplified Wi-Fi radio and four antennas, allowing flying farther and higher.

Anna Domanska
Anna Domanska is an Industry Leaders Magazine author possessing wide-range of knowledge for Business News. She is an avid reader and writer of Business and CEO Magazines and a rigorous follower of Business Leaders.
« SunEdison and TerraForm turn to wind generation, will acquire First Wind for US$2.4 billion
Chinese app developers can now offer paid Android apps via Google Play store »
Leave a Comment
Close

The Tesla Cyberturck left many disappointed with its alien space ship-like design; though both trucks are still under production, what matters most is what comes under the hood.
18 hours ago