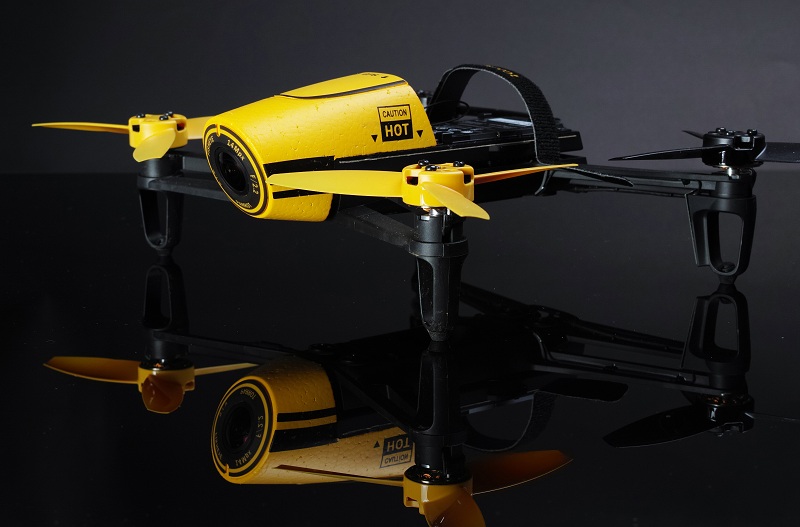 At a press event held on Tuesday in San Francisco, French drone development company, Parrot announced the highly anticipated Parrot Bebop 2 drone that is scheduled for a December release.

The world’s leading drone manufacturer has launched a number of both professional and user-friendly drones, its latest creation being the more stable and sturdier Bebop 2.

Compared to its predecessor, the Parrot Bebop 2 sports a more user-friendly nature mostly because of its longer flight time period and more rough design. By focusing more on the drone’s software, the design team has given it robust propellers and a more bulky body enabling it to withstand winds of up to 40 mph. The Bebop 2 features powerful motors and 6-inch propellers providing it a higher thrust-to-weight ratio, climbing to a range of 330 feet in just 18 seconds. The drone can reach speeds of 37mph horizontally, and 13mph vertically.

The rotors are the only moving parts on the device, which should help keep damage to a minimum, should the drone crash lands. The ABS body is supported with glass fiber to fortify it up even more. With remote controlled drones are becoming more popular, the Bebop 2 will most likely be most sought after by both hobbyists and filmmakers alike.

The Parrot Bebop 2 sports a 14-megapixel camera situated in its beak and can achieve speeds of up to 33 feet per second. The Parrot Bebop 2 ‘s battery life has improved substantially, from 12 minutes of flight time to 25 minutes, making it one of the most fuel efficient drones to this date, without increasing its weight. This drone weighs around 17.6 ounces making it one of the lightest drones that can achieve this flight time.

It has 8GB of onboard memory and the drones flight parameters, distance travelled and battery life are stored in an on-board flight recorder.

The Bebop 2 can be controlled by either IPhone or Android devices, but it also comes with the option to purchase their special Skycontroller. The Bebop 2 is available at a cost price of $550, or in a bundle with the Skycontroller for $800 when it goes on sale December 14th.

The Skycontroller also supports VR headsets like the Oculus Rift, enabling users to see through the drones eyes from a first-person perspective. However considering that the Oculus Rift will mostly be released in 2016, this additional benefit will come later, making some enthusiasts wait when considering the purchase of the Bebop 2.