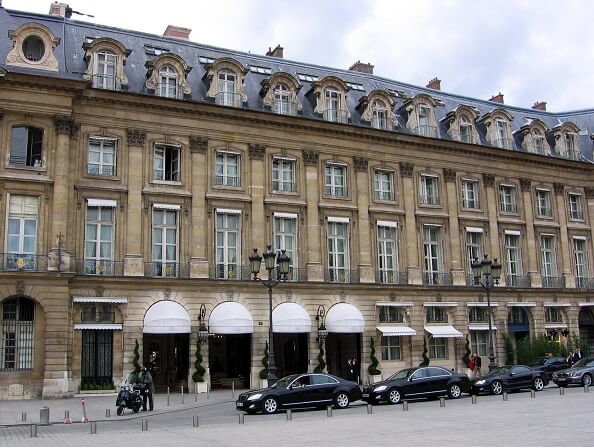 The world-famous Hotel Ritz in Paris, one of the finest and most celebrated names in luxury hotels, is going to be closing down for a period of two years. The Paris Ritz has been recognized, for decades, as one of the most decadent luxury hotels in the world. With the likes of fashion visionary Coco Chanel, author extraordinaire Ernest Hemingway and funny man Charlie Chaplin included in the list of luminaries who’ve wined, dined and stayed at the Ritz Hotel in Paris, it’s no wonder that this glorious building has been the subject matter of the media and public’s fancy for years and years.

The Paris Ritz is now shutting shop for two years, as a result of a sudden decision to renovate and redo the hotel. Closing down next summer, the hotel will be undergoing several changes in style, décor and amenities offered. This sudden move has left hotel industry pundits surprised, but not completely shocked. The Paris Ritz is owned by Egyptian billionaire tycoon Mohamed Al Fayed, known for his leadership style of unprecedented decisions and unique foresight, along with his trademark flamboyance and élan.

Mohamed Al Fayed’s decision to close down the Paris Ritz and undertake large-scale renovations is supposedly a result of the billionaire businessman failing to win France’s coveted “palace” designation honor in early 2011. The award, one of the most prestigious in the hotel industry in France, marks the chosen property as the ideal luxury hotel in the country. Given the magnificence, splendor and history of lavishness associated with the Paris Ritz, it did come as a surprise to many that the beautiful hotel did not win the much sought-after title.

Most hotel industry experts believe that Al Fayed is doing the right thing with this decision. The hotel has not seen any renovations or upgrading since the year 1979, and most are excited to see what the Egyptian visionary hotelier will unveil at the end of two years.

A statement released by the hotel authorities claim that the decision is an “unprecedented renovation project”. The statement specifies that the hotel will remain closed to the public for a period of 27 months, during which the renovations will be affected. The details about the renovation project given to the public include the plan to maintain the iconic style of the 160 rooms and suites, while introducing all the most up-to-date technological advancements to ensure the epitome of luxury and convenience to guests.

Most hotel industry insiders and guests who have tasted the d of the Paris Ritz are excited that the hotel will be maintaining its trademark majesty, opulence and status as a top-notch five-star luxury hotel.

Greensill Capital, a provider of supply-chain financing, is facing further trouble with Credit Suisse, the Swiss bank, withdrawing $10bn of ...
16 hours ago