Automakers today are working on futuristic technology, developing self-driving cars. The autonomous vehicles with driverless capabilities will by all means suit up the future hustle. Down the list, comes PanLong autonomous vehicles drawing inspiration from Ying and Yang; designed for the Chinese market to be on roads by 2030.

In today’s fast moving business and life culture staying stuck in traffic gives excessive strain to the brain and spills the mood reducing energy to carry-on. In such environment, if you have a relaxing on-the-go ride then how cool it would be? It would instead boost you up for your curriculum.

The PanLong autonomous vehicles sports very intelligent design pacifying the solution to some expanding problems due to modernization and urbanization. The car structure is such that the riders in the PanLong autonomous cars can easily acquire a position to relax down and lay well. You can chat or simply close your eyes or watch movies without any worries. Yes really, you don’t need to fret over traffic rush, handling the steering or choosing the correct path.

The doors of the car are stylish and have a camera-like shutter opening. The structure of the car is way different and it will leave you to curiosity. The highlight of this driverless car is the embedding of solar panels at the top section of the car. Hence, you can even continue your ride without using traditional fuels. Moreover, this supports the worldwide attempt of making energy from renewable sources. Impressive!

The design of the PanLong self-driving vehicle has Andres Sarmiento’s and Aditya Mantha’s hands behind. The design inspired by Ying and Yang is totally futuristic from every perspective. It redefines the future driving experience giving all that we need. 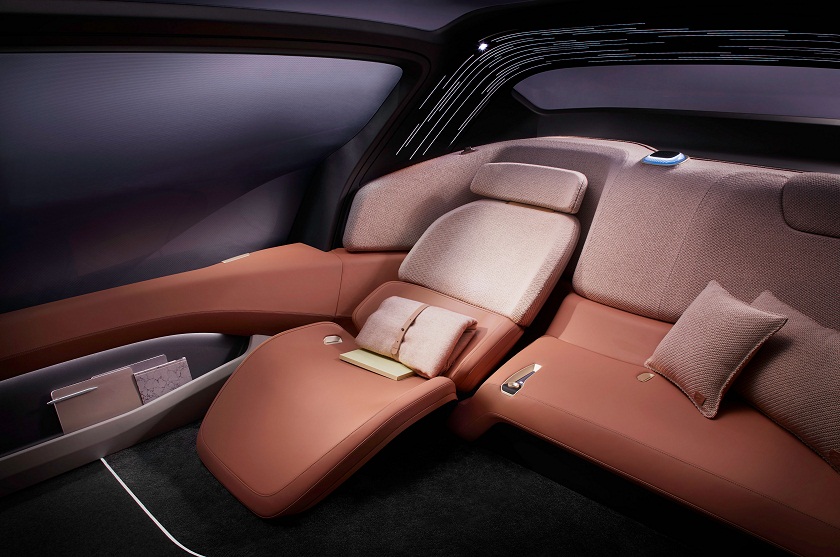 The self-driving cars will benefit with safer roads, more free time on-the-go and traffic and fuel efficiency. Also, it will reduce pollution and preserve the environment. According to McKinsey, the implementation of self-driving cars will reduce the CO2 emissions released by the cars up to 300 million tons per year. The commuters worldwide altogether could save a total of 1 billion hours everyday once the autonomous vehicles will go mainstream.

Automakers warming up for self-driving technology

Many automakers are currently working to come up soon with the self-driving technology. Recently, Ford announced $1 billion investment on development of driverless cars. Airbus also is working on autonomous flying vehicles. Uber is also having their hands self-driving taxis. Tesla, BMW, Google, Toyota, Nissan and many more; in total 19 automakers are on the same lane; developing autonomous cars.