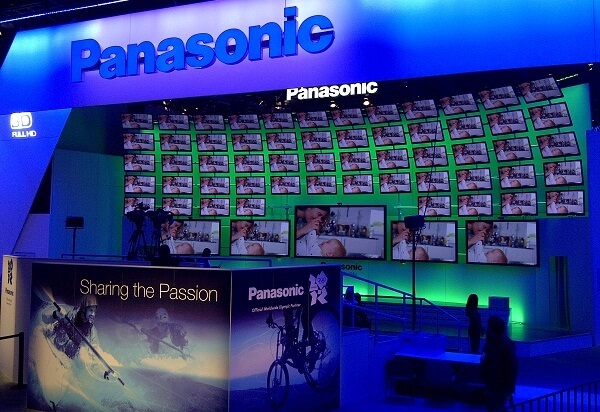 Panasonic Corp. reported stronger-than-expected profits in its third fiscal quarter due to weakening of the yen and cost reductions that helped the company to recover from huge losses made last year. Sharp Corp. witnessed also similar improvements in the period.

Panasonic Corp. informed that its third quarter profit improved due to the weaker yen and cost reduction. The company also noted that the net income for the October-December period of 2012 was slightly over 61 billion yen which was a big improvement compared to a net loss of about 198 billion yen reported a year earlier. In the previous quarter, Panasonic had witnessed a loss worth approximately 698 billion yen. However, the third quarter profits of Panasonic exceeded analysts’ expectations who had predicted a 17 billion yen loss. Sharp Corp. saw similar improvements in its third quarter earnings due to a weaker yen which enhanced sales. The quarterly net loss of Sharp reduced to 36 billion yen from 173 billion yen a year earlier. Sharp also underlined that it saw a jump in sales of smartphones and TV-panels in the three months ended on the 31st of December.

Certainly, weakening of the yen helped to boost quarter earnings of the Japanese electronics makers as Panasonic Corp. and Sharp Corp. also saw their overseas sales climb. Panasonic Corp. estimated that it earned 3 billion yen in the third fiscal quarter due to the weaker yen. Sharp  Corp. witnessed similar gains from the declining exchange value of the yen. In addition, Sharp gained about 700 million yen against the US dollar while it stood 500 million yen above the euro.

According to a statement given by Panasonic Corp. on the 1st of February, the company witnessed a net loss in the nine months to December worth 765 billion yen.  Panasonic has reduced its workforce by 38,000 people since April last year. The massive loss anticipated by Panasonic, the second in its history, was due to the extensive competition from rivals Apple Inc. and Samsung Electronics Co. which forced the company to lower its costs. However, Panasonic is expected to announce a terminal plan by March 2013 which will introduce a shift in product strategy. Under the leadership of CEO Kazuhisa Tsuga, Panasonic plans to focus more on industrial products with better profit margins such as household appliances, batteries and non-consumer electronic products.

Panasonic Corp. is expecting restructuring charges worth 440 billion yen in order to streamline its operations. The company is also planning to shut down low profit making businesses such as manufacturing of solar and lithium-ion batteries and mobile phones. Low demand for flat-panel televisions has also contributed to the massive net loss of Panasonic Corp.  Moreover, sales for the company dramatically reduced by over 8 percent to 5 million units due to weak demand for the flat-panels. The global shipments for the same fell by 2 percent to 217 million units in 2012. The company has downsized 64000 jobs in the last two years including the 8000 job cuts of March 2013. Panasonic plans to generate 110 billion yen by selling the low productive assets and increasing capital for the company.