Palantir Technologies Inc., has filed for a direct listing at the bourses in a blaze of publicity.

Palantir, the unusually secretive data-mining company that has the U.S. intelligence and military agencies as clients, made its filing with the U.S. Securities and Exchange Commission public Tuesday. The documents are accompanied by a letter from Chief Executive Alexander Karp. The secretive software company was co-founded by Facebook Inc. and Peter Thiel.

The money-losing company, which was once one of the world’s most valuable startups, has launched a broadside against the tech sector, denouncing its blind following of profits.

The company has decided to move away from Silicon Valley to Denver, Colorado, declaring that “we seem to share fewer and fewer of the technology sector’s values and commitments.”

Karp’s letter extensively defends the company’s work with the US government and militaries around the world and elaborates on the reasons for leaving Silicon Valley.

The letter calls out Facebook and Alphabet Inc.’s advertisement driven data practices while defending Palantir’s use of data for surveillance and other purposes. Palantir is infamous for selling big-data software to military agencies that helped to surveil citizens and conduct warfare. Palantir got involved early on in government counterintelligence work with seed money from In-Q-Tel, the investment arm of the Central Intelligence Agency. 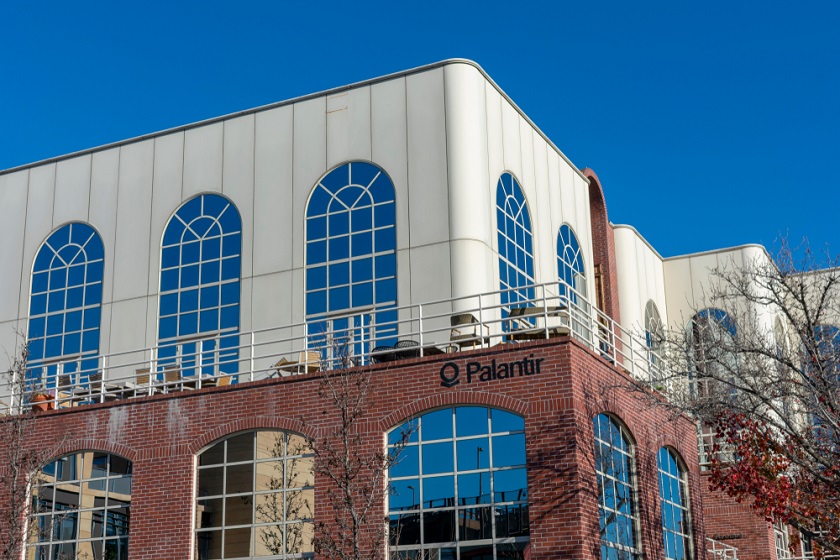 Palantir headquarters and office in a stately brick build in Silicon Valley.

It has developed two platforms—Gotham and Foundry, both of which are extensively used for counterintelligence, data mining for surveillance purposes, and deep data algorithms.

In his letter, Karp has elaborated on the kind of work the company has undertaken for the US agencies, which he believes is praiseworthy compared to insidious information gathering for profit that the other tech companies do. “From the start, we have repeatedly turned down opportunities to sell, collect, or mine data. Other technology companies, including some of the largest in the world, have built their entire businesses on doing just that,” Karp wrote. “Software projects with our nation’s defense and intelligence agencies, whose missions are to keep us safe, have become controversial, while companies built on advertising dollars are commonplace. For many consumer internet companies, our thoughts and inclinations, behaviors and browsing habits, are the product for sale. The slogans and marketing of many of the Valley’s largest technology firms attempt to obscure this simple fact.”

Palantir, for the first time, revealed its financials, which included $580 million in losses last year, and its heavy reliance on government contracts.

But it claims that most of its revenues come from private players, nearly 53 percent, though it lists various divisions from the same government departments as individual customers.

The filing mentions the company’s work helping U.S. soldiers counter bombings and assisting Special Forces in the fight against ISIS. Palantir said it had 125 customers in 150 countries, including Airbus, Merck, Credit Suisse and the Danish National Police.

Palantir is reported to have raised at least $2.5 billion in funding to date.

In the filing, Palantir said the “systematic failures of government institutions to provide for the public” present a growth opportunity for its business. It currently has a contract with the Department of Health and Human Services to analyze the diverse data streams thrown up by the COVID-19 response. It has a similar contract with Britain’s National Health Service.

Anna Domanska
Anna Domanska is an Industry Leaders Magazine author possessing wide-range of knowledge for Business News. She is an avid reader and writer of Business and CEO Magazines and a rigorous follower of Business Leaders.
« JPMorgan to shell out $1 billion for full ownership of CIFM
Salesforce Announces Layoffs amid Best Quarter Earnings Report »
Leave a Comment
Close