Paddy Power and Betfair in Talks Over $7.85 Billion Sports-Betting Merger 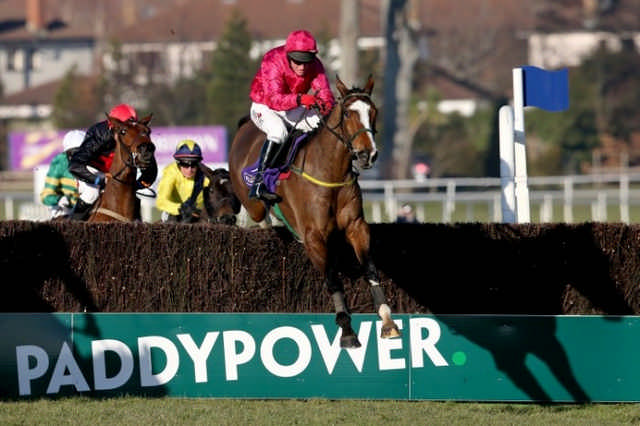 Paddy Power is the larger one with a market capitalization of 3.46 billion euros ($4 billion) at Tuesday’s close.

Online gambling company Betfair and Irish rival Paddy Power said they had reached an agreement in principle on a 5 billion pound ($7.85 billion) merger, creating one of the world’s largest online betting and gaming companies by revenue.

The two companies said Wednesday that discussions were ongoing to finalize an all-share merger but key terms have been agreed upon to create one of the world’s largest online betting and gaming groups, generating revenues of £1.1 billion.

The deal marks the latest in a string of possible tie-ups across the betting sector as companies respond to higher tax bills and tighter regulation in Britain by looking to strengthen and better compete in an online market supported by the increasing use of mobiles and tablets.

Shares in Paddy Power and Betfair went up by 18 percent and 17 percent respectively on the news of the proposed tie-up.

Under the terms of the deal, shareholders of Paddy Power would own 52 percent of the group with Betfair investors owning the rest. Before the completion of the merger, Paddy Power shareholders would receive a special dividend of 80 million euros ($91.9 million). According to industry data, the new group would be the market leader online in the UK with a share of 16 percent.

Betfair Chief Executive Breon Corcoran will lead the combined group, while Paddy Power Chairman Gary McGann will continue his role in the group and its CEO Andy McCue would become COO. Betfair finance chief Alex Gersh would also continue in the new group.

Once the merger completes, both firms will operate side by side in Europe. Paddy Power’s portfolio of almost 600 betting shops, more than half of which are in Britain, will also remain part of the plans.

Betfair is an exclusively online business, famous for its technology that allows gamblers to wager against each other. Other than its core exchange merchandise, the company is also targeting a larger share of the sports betting market.

Of the two firms, Paddy Power is the larger one with a market capitalization of 3.46 billion euros ($4 billion) at Tuesday’s close, while Betfair is at 2.43 billion pounds ($3.81 billion) having seen its shares rise by 140 percent in a year on the back of strong revenue growth.

Betfair’s core earnings surged 19 percent in the three months to July 31, even with higher UK tax charges. Paddy Power said first half operating profit had increased by a third to 80 million euros against the same regulatory headwinds.

A report by blockchain data platform Chainalysis reveals that nearly $14 billion in cryptocurrency were sent to illicit addresses in 2021.
8 hours ago

Musk had previously revealed that he hopes the company will be able to address a wide range of neurological problems – ranging from addiction to paralysis.
21 hours ago