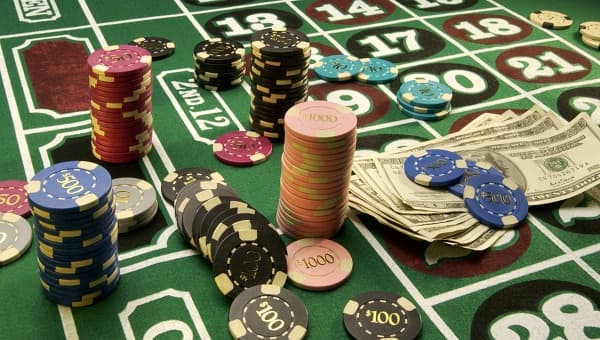 James Packer, who is ranked in the top 200 richest people in the world, has ambitious plans of expanding his gambling empire. These days he is vitally interested in expanding in Sri Lanka as the small India Ocean island is considered a perfect place for a casino hub.

For more or less one year, James Packer has been intensively working on expanding its gambling empire which is located in Australia, Macau, the UK and US. Interestingly, James Parker intends to cooperate with Henry Sy to construct a 1$ billion casino in the Philippines as a part of his ambitious expansion plans. But the Australia’s third richest man does not want to make do with it. Therefore he is eyeing Sri Lanka.

The deep interest in Sri Lanka is quite obvious, given the latest James Packer’s visit to the small India Ocean island. James Packer, who owns approximately 50 percent of shares in Crown Ltd., has had a quite busy staying there as he supposedly met with the island’s authorities in the first week of April. According to sources familiar with the matter, no details of investment were stipulated. However, the investment in Sri Lanka would certainly include casino, hotels and other facilities which would lure more tourists to the spot. And it seems that the Sri Lankan government is vitally interested in the investment aimed at developing a casino center which would lure gamblers and tourists.

The James Packer’s interest in Sri Lanka was rather surprising as analysts were convinced that the Australian gaming mogul would be more enwrapped in the thought of expansion in Southeast Asia.

Not surprisingly, all investments, including one in the Philippines and potential one in Sri Lanka, are aimed at expanding the James Packer’s gambling empire. If he wants to build up his empire, he needs to invest as the Australian gambling market is a small one generating approximately $2.3 billion per year and that is not enough for him or for his ambition. Therefore James Packer is intensely looking for new places to expand his gambling empire.

The James Packer’s interest in Sri Lanka was surprising for almost everyone. However, it is underlined that the interest might be caused by its geographical location as the small island is a neighbor of fast growing India which has harsh and rigorous anti-gambling laws. And this  geographical location is without a doubt an advantage. In addition, Sri Lanka does not have a developed gambling sector as there are only several small casinos in the capital, thus there is no big competition there yet. To lure investments, the government decided to introduce an institution of legalized gambling zones. Moreover, the authorities have also introduced tax concessions for these companies which would decided to engage in large-scale projects. Therefore the island is getting more and more attractive to businesses.

However, the opposition party is a strong adversary of the gambling industry in Sri Lanka as the island is a Buddhist country. But in every country one can find adversaries of the gambling sector and there is nothing special about it.

Nonetheless, if everything goes in line with James Packer’s expansion plans, it seems that Sri Lanka might turn into a new casino hub!