CEO of AstraZeneca, Pascal Soriot, recently stated that researchers are vehemently working to fish out the ‘winning formula’ to boost the Oxford COVID-19 vaccine. The CEO added that this would end the perpetual lockdown that is haunting the world for months.

He also said that a two-dose vaccine method could push the efficiency rate in the lines of rivals Pfizer and Moderna. The comments by the CEO came as officials prepare to approve the Oxford-AstraZeneca jab the sooner they can.

Meanwhile, UK ministers are targeting a staggering 15million people to get vaccinated in the hope of ending the lockdown soon. The Government already pre-ordered 100 million vaccine doses, ones that are developed by researchers from the prestigious Oxford University. The new jab is much cheaper and easier to store compared to the Pfizer vaccine. However, it came under fire when the initial tests highlighted the vaccine as only 62% useful when two full vaccine doses were administered at least a month apart.

This efficiency rate was less than the Pfizer and Moderna vaccines, highlighting 95% effectiveness. However, the Oxford vaccine’s efficiency rate significantly rose to 90% when people were administered half a dose followed by a full vaccine dose after a month.

CEO Soriot praised the efficiency rate results, stating: ‘We think we have finally figured out about the vaccine’s winning formula and how to achieve efficiency in that, after two doses. I can’t divulge more as we will publish it soon. We would have preferred to go for a simpler set of results, but overall we saw that these results are positive.’ 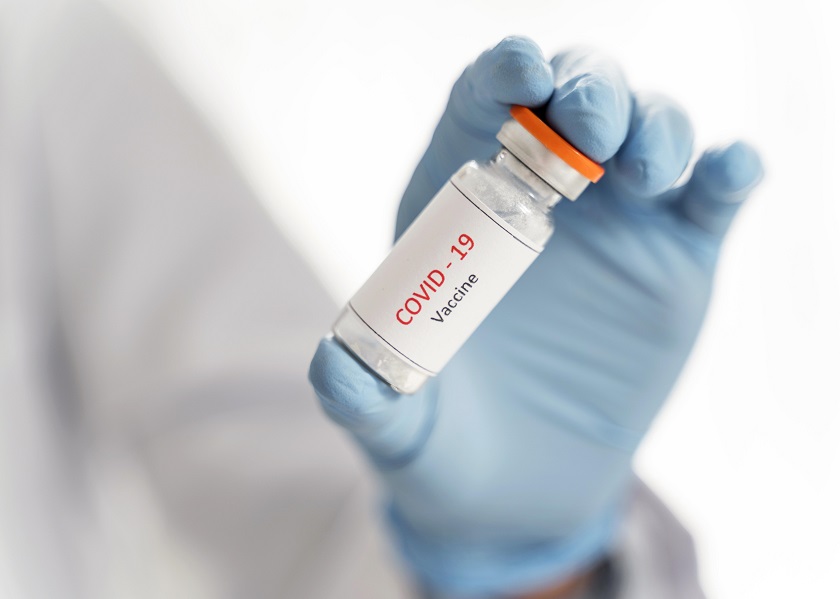 The Government of UK has already pre-ordered 100 million doses of COVID Vaccines.

The Oxford vaccine is named ChAdOx1 nCoV-19 and uses a harmless, weakened version of a common virus that causes cold in chimpanzees. Researchers used this technology to produce vaccine doses against several pathogens, including the flu, Zika, and Middle East Respiratory Syndrome (Mers). The virus is genetically modified to make it impossible to grow in humans. Scientists then transferred the genetic instructions specific to COVID-19 to the vaccine. Once the vaccine reaches the body cells, it uses the genetic code to produce the surface spike protein of COVID-19. This induces an automatic immune response, which was 62% effective when administered in two doses and 90% when administered one-half dose followed by a further full dose in a month.

The new update comes as Britain hopes to free the stringent Covid restrictions by the end of February 2021. Ministers stated that around 15 million people would need vaccinations to end the vehement lockdown cycles.

With the Oxford jab expected to be approved soon, the Government hopes that adequate doses will soon be available to immunize the most vulnerable people to COVID-19 within weeks.

UK Vaccines Minister Nadhim Zahawi stated that the jab approval is likely to be approved by Monday, and then there are plans to roll out the jabs across the entire country from January 4. Once done, the sports stadiums and conference centers would be strictly piloted to help the effort, as ministers plan to administer 2 million jabs in a fortnight.

Chancellor Rishi Sunak stated that the Covid breakthroughs signaled a new optimistic era for the United Kingdom. He hailed the scientists’ incredible work on the roll-out of vaccines and pledged that 2021 would be the leading state in a ‘new era of global Britain’.

The Medicines and Healthcare Regulatory Agency is likely to authorize the new vaccine developed by Oxford University and AstraZeneca as soon as before New Year’s Eve. Britain pushed an advance order of 100 million doses of the new jab, to join a further 40 million doses of the already approved Pfizer vaccine. The Pfizer vaccine has already rolled out across the country. Boris Johnson earlier stated that around 800,000 vaccinations had been administered across the country so far.

Christy Gren
Christy Gren is an Industry Specialist Reporter at Industry Leaders Magazine; she enjoys writing about Unicorns, Silicon Valley, Startups, Business Leaders and Innovators. Her articles provide an insight about the Power Players in the field of Technology, Auto, Manufacturing, and F&B.
« Vodafone moves in to buy out Kabel Deutschland’s minority shareholders
Top Biopharma Leaders of the Year »
Leave a Comment
Close

Companies have raised over $400 billion in the first three weeks of 2021 as stimulus packages from governments and central banks have led to...
4 hours ago

Alphabet-company Google has announced $150 million to promote vaccine education and equitable distribution of the vaccine. It will also open...
5 hours ago