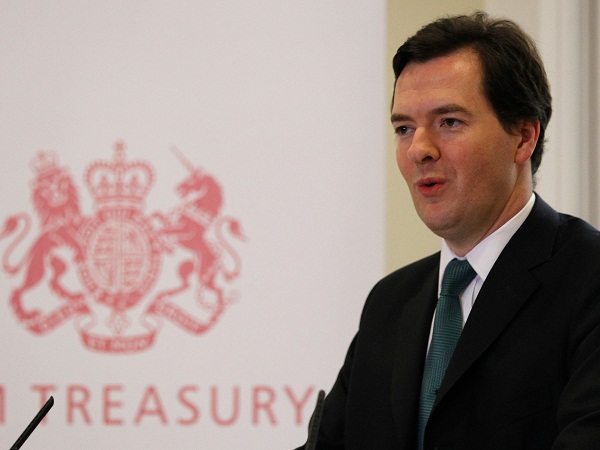 The Parliamentary Commission on Banking Standards has criticized the Chancellor George Osborne’s bank reform as it is simply unbalanced and inadequate. The Commission has underlined that the financial regulator should be given competence to separate high street and investment banking.

On the 11th of March, Chancellor George Osborne is widely expected to be criticized for his proposed bank reform by the Parliamentary Commission on Banking Standards which is responsible for finding ways to reform the UK bank industry. The Commission holds an opinion that the financial regulator should be given competence to separate high street and investment banking.

The Chancellor George Osborne’s bank reform (Banking Reform Bill) is to be discussed and deeply analyzed in parliament on the 11th of March. With the known statements of MPs, including Conservative MP Andrew Tyrie, it is much expected that Chancellor George Osborne will be asked to change proposed dispositions of the bank reform as the current proposals have not fit the bill. Furthermore, Andrew Tyrie underlined that the Osborne’s bank reform should be improved to be more effective.

Accordingly, the Parliamentary Commission on Banking Standards is believed to state that watchdogs bodies should be given competence to break up the banking industry. The Commission, however, also underlines need of sufficient safeguards as well.

What is important is the fact that the current Chancellor George Osborne’s reform assumes that banks will be obliged to ring-fence high street operations in order to safen them from the hazardous investment banking divisions. These proposed changes are designed this was so that the risk of hefty bailouts would be significantly reduced.

However, the Parliamentary Commission on Banking Standards aims to give financial regulators competence to demand complete separation. Andrew Tyrie highlighted: “Granting the regulator a reserve power to impose full separation provides a clear incentive for the banks to respect the ring-fence,” adding that that those banks, which will not observe rules, will be consequently split up, however, after review and with approval of Treasury .

The origins of the bank reform are simply prosaic as the UK government is strongly determined to prevent a possible repetition of the need of  bailouts to salvage banks as it was done in the case of  Lloyds Banking Group, etc. And the Parliamentary Commission on Banking Standards, which is to evaluate the UK government plans before their implementation, wants the Osborne’s bank reform to be much more radical and wants to give the watchdog competence even to split up the individual bank that will not observe new rules.

Certainly, the UK banking industry is not satisfied with all what is going on as it believes that the strictness of the new rules might lead to the loss of the reputable position of UK banks. According to the British Bankers’ Association (BBA), the reforms would lead to increased insecurity, not to mention that raising capital is expected to be much more difficult.  However, the statement of the British Bankers’ Association was not taken much into consideration by the Parliamentary Commission on Banking Standards.