The total operating generation capacity of Origin’s power stations is currently 2,250 MW and this will be increased to 2,800 MW by the upcoming completion of the Mort Lake Power Station. Origin has a growing portfolio of power generation facilities, operating eight power stations across New South Wales, Queensland, South Australia and Victoria. Nearly all of Origin’s power stations are fuelled by natural gas. One peaking plant, Mt Stuart in Queensland, is capable of conversion to gas once a reliable gas supply is available. 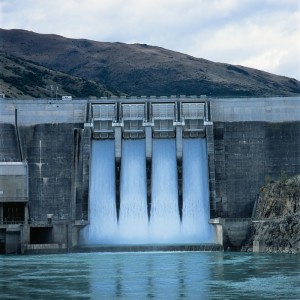 Origin Energy currently has its major production interests in the Cooper Basin, which has been the principal supplier of natural gas to New South Wales, South Australia and Queensland. The Cooper Basin producers entered into a long-term gas supply arrangement with AGL in December 2002 in which 505 PJ of gas will be supplied between 2003 and 2016. Other onshore production interests are located in the Surat and Bowen Basins in Queensland (the latter including the Denison Trough), in the Otway Basin (in the south east of South Australia and western Victoria) and in the Perth and Carnarvon Basins in Western Australia.

Origin operates all but one (Fairview) of its CSG producing assets and has extensive CSG exploration areas in the Bowen and Surat Basin, the latter covering the Walloon Coals which also have a large, as yet undeveloped, potential. Origin is in a position to further commercialize the large CSG resource represented by the Walloon coal measures of Queensland’s Bowen and Surat Basins as a source of natural gas supplying Queensland and the eastern states of Australia. Offshore, Origin is the operator of the Bass gas Project which was commissioned in 2006 to deliver gas, condensate and LPG to the Victorian market. 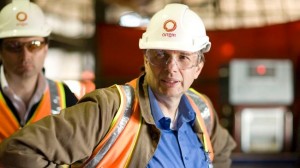 Grant King, on the future of Energy in Australia.

The following is an excerpt of what Grant King, CEO Origin Energy, had to say about the future of energy in Australia.
“As we look to the future and what choices we are going to make about how we do generate and provide the power we need to continue to see a successful and growing economy, there are three key elements: fuel choices, technology choices and public policy. And what I want to try and dwell on is what those choices might be – what those choices are, what is available to us and just how it might play out given the current state of public policy and then, perhaps, reflect at the end on what that might mean for consumers, particularly in terms of pricing.”
“So if we begin first by just doing a quick run through of our fuel choices, and much of this is on the record but it may be interesting to some, we are, of course, absolutely blessed as a nation with an absolute bounty of various forms of energy.”
“If we go through coal, which is the traditional fuel here in Australia, at current production we have about 100 years of black coal in terms of reserves. That is not resources – in terms of reserves, about 100 years of production; about 500 years of reserves in respect of brown coal production. In terms of gas, more recently, particularly with the rise of the coal seam gas industry in Eastern Australia, we also have a much longer-term horizon for supply of gas. A lot depends on how the LNG industry develops but, again, in terms of current reserves and current production rates, given their substantial resource upside – but just based on reserves again, perhaps 100 years of gas supply, particularly in Eastern Australia. And, obviously, we have got a lot of Australia’s gas in the north-west shelf in Western Australia as well. “
“In terms of the traditional fuels that we have used, we have lots of coal and lots of gas. That coal and that gas will go up in price, and it will go up because Australia is already and will increasingly be connected to international economies or international fuel prices, so the price of coal, as we continue to grow our exports, will eventually feed back into the system here in Australia, and so too will be the price gas. So, for many years, particularly the last 40 years, we remained somewhat isolated from those international fuel prices but, clearly, as we go forward, we will see a much greater connectivity in terms of pricing, and that will clearly affect the economic choices we make. But, at a resource level, we have heaps of the traditional fuels, the thermal fuels. Clearly, we are looking at a future that has much more renewable energy involved and Australia, again, is blessed with substantial resources in the renewable space.”