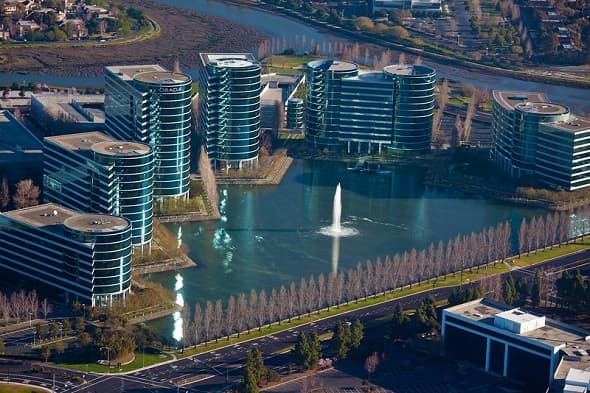 Oracle’s compensation committee has modified its executive compensation plan, tying pay packages more closely to the company’s performance giving in to pressure from shareholders lobbying and Larry Ellison’s call to take off as CEO.

Ellison in 2014 took home $67.3 million as compensation compared to $79.6 million a year earlier, following disapproval and concerns about the software company’s struggles against its smaller rivals. Mark Hurd and Safra Catz were both named as successors on Sept. 18, while Ellison became chairman and will assume the title of chief technology officer. Hurd will oversee sales, marketing and strategy, while Catz will remain CFO and manage legal and manufacturing divisions. According to an SEC filing, each future CEO received a one-time grant of 500,000 stock options and a performance-based stock award of 125,000 shares that will run in accord with their promotions.

According to a separate filing, Hurd and Catz earned $37.7 million each in fiscal 2014, compared to the previous year’s $44.3. Total pay for executives declined after the company missed some of its profit targets.

In a nonbinding vote, a year ago, Oracle shareholders dismissed the compensation packages of Ellison and other Oracle executives, after the suggestion by a proxy advisor that their remuneration didn’t match up to the organization’s overall performance. Oracle was additionally involved in a fight with CtW Investment Group (later named Change to Win) which scrutinized its compensation policies.

In fiscal 2015 Oracle is presenting performance stock units, which are granted to Ellison, Catz and Hurd focused around how well the company does as far as income stream and growth is concerned compared to other technology companies such as International Business Machines Corp., Hewlett-Packard Co., Cisco Systems Inc., EMC Corp., SAP SE, Salesforce.com Inc. and Workday Inc.

“You could argue that’s a somewhat representative set of companies that they compete with,” said Jack Andrews, an analyst at DA Davidson & Co,. Compensating the top executives according to sales and cash-flow growth against rivals is “better than a lot of companies that specifically reward according to EPS,” he said. “You can manipulate that.”

The company has also awarded performance stock units to Thomas Kurian, official VP of product development, and John Fowler, executive VP of systems. This will again, be in concurrence with the revenue stream and income growth within the company’s cloud and hardware divisions.

In a separate filing yesterday, Oracle said its annual meeting of stockholders will be held on Nov. 5 at their headquarters in Redwood City, California.

Christy Gren
Christy Gren is an Industry Specialist Reporter at Industry Leaders Magazine she enjoys writing about Unicorns, Silicon Valley, Startups, Business Leaders and Innovators. Her articles provide an insight about the Power Players in the field of Technology, Auto, Manufacturing, and F&B.
« Philips to Split Operations to Focus on Health and Consumer Goods
Your World, Your Way? Virgin Boss Offers Employees Unlimited Vacation Policy »
Leave a Comment
Close

Neslon admitted that gasoline, travel, food courts, and business centers performed exceptionally well, adding to the overall profits. The retailer hit an all-time high when it came
16 mins ago

Musk has been critical of Twitter’s free speech policies as he believes the social media giant is “the de facto public town square.” When the Elon Musk Twitter deal was annou
16 mins ago