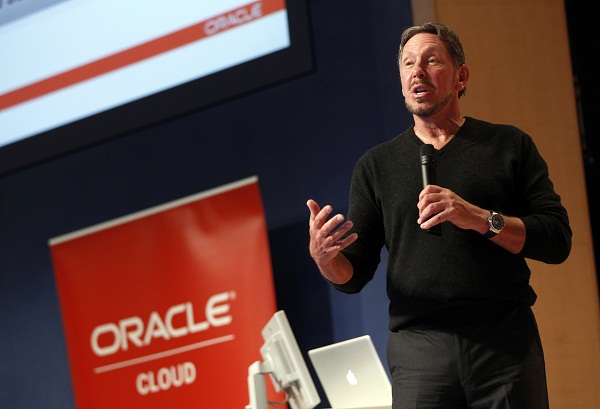 Oracle Corp. reported its second-quarter results which exceeded analysts’ deepest expectations. According to data, Oracle Corp. saw its profit climb approximately 18 percent in the period. In these three months from September to November, companies spent more on software and other tech. products, thereby leading to Oracle Corp.’s better-than-expected results. Investors were not only surprised with the second-quarter results as the business software maker announced that it projected that its hardware business was to be back on track in the third quarter of the year.

The results posted on the 18th of December were a significant improvement from the results reported for the previous one, when Oracle Corp. saw its revenue slightly drop from a year ago. According to data, Oracle Corp.’s profit excluding some items was approximately 64 cents per share on sales of over $9.1 billion. The results exceeded the analysts’ estimate of roughly 61 cent a share on sales of more than $9 billion. In addition, the second-quarter revenue grew about 3 percent from the same period a year ago.

The company earned as much as $2.6 billion in the September – November period, which is a growth of nearly 18 percent from the $2.2 billion reported for the same period a year ago, according to the company’s data.

As it was underlined by analysts, surprising results were partly driven by Oracle Corp.’s acquisitions. Just in 2012, the company acquired RightNow Technologies Inc. for $1.5 billion as Taleo Corp. for approximately $2 billion. Larry Ellison, chief executive officer at Oracle Corp., believes that purchases of similar companies will include cloud computing software which will allow its clientele to access online rather than store data on servers as this option is more comfortable. This strategy is aimed at boosting the company’s profits margins by keeping away its smaller competitors in the market of online business products. Analysts underline that these days clients are looking for offers which will bring them higher discounts. And bigger companies, including Oracle Corp., can secure the process of purchase consolidation which is so desired by potential buyers.

Data indicates that sales of new software licenses of Oracle Corp. jumped as much as 18 percent from last year, topping analysts’ estimates of an increase ranging from 9 percent to 12 percent. Analysts are closely analyzing the flow of new licenses and subscriptions as those elements of the company’s revenue are expected to be profitable due to the upgrade option.

What will the future bring?

According to a forecast, the Redwood Shores-based company will see its software licenses and subscriptions to grow between 3 percent and 13 percent in the third quarter. According to the same analysis conducted by the company.,  its adjusted earnings in the period are expected to be between 64 cents and 68 per share on sales projected between over $9.1 billion to approximately $9.5 billion.

In addition, Oracle CEO Larry Ellison ensured investors that the hardware business would be back on track starting from the third quarter. Oracle Corp. is strongly convinced that the acquisition of Sun Microsystems Inc. for approximately $7.3 billion has been one of the most strategic deals ever signed by the company. Even though revenue of hardware systems decreased as much as 15 percent in the second quarter, Oracle Corp. underlines its significance. Oracle CEO Larry Ellison announced that revenue of hardware system would start picking up in the final quarter of the fiscal year.