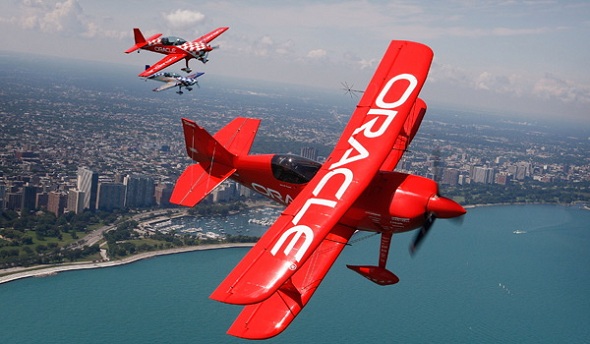 Oracle has adopted an aggressive acquisition strategy, which has since boosted its reputation among technology buyers

Oracle Corp, a leader in enterprise technology needs no introduction. The second-largest software maker in the world is expected to make its next acquisition worth $5 billion by acquiring Micros Systems, a deal likely to be announced as early as Monday morning as reported in the Wall Street Journal.

As indicated by the newspaper, Micros a retail and hospitality software maker will be valued at more than $67 a share. The bid reveals a premium of almost 1.9% to Micro’s Friday closing price of $65.77.

Over the last few years, Oracle has acquired more than 100 companies by spending as much as $50 billion, to keep up with the trend of cloud computing. Its growth lies in opening its own doors to future revenue streams through those acquisitions. In past six months, the company has acquired 3 companies already.

The Micros System acquisition is considered to be its second biggest acquisition, following the buyout of Sun Microsystems for $7.4 billion in 2010.

Micros System is a Columbia, Maryland based company. Oracle’s acquisition will crave an easier path to enter the retail and hospitality sector for new business avenues.

“Oracle was clearly late to the cloud,” says Daniel Ives, an analyst at FBR Capital Markets & Co. “They are starting to make changes, but this would be another step in terms of recognizing what they need to do.”

Oracle has $39 billion in cash and marketable securities, as well as $190 billion market capitalization as reported by WSJ. Oracle’s total revenue growth in 2013 was just over 0.16%. In its fourth-quarter earnings for 2014, the company failed to reach its revenue and EPS estimates.  Its revenues from new software license sector were even, however, sales from the software license updates and product support segment increased by 7%.

According to the Bloomberg, both the companies were in exclusive talks.

Computer software company, Oracle has won the bidding for TikTok’s US operations, a source told the Wall Street Journal.  It derives a week before President Donald Trump promises to follow through with a plan to ban the Chinese-owned app in the US due to data breach issue.

A person familiar with the matter told the WSJ that Oracle will be announced TikTok’s ‘trusted tech partner’ in America. They added it is improbable to be an outright sale.

ByteDance will essential approval for the deal from governments of the United States and China.

Last month, Trump threw his upkeep behind Oracle buying TikTok and called them a ‘great company’.

US officials have criticized the TikTok app’s security and privacy, suggesting that user data might be shared with Beijing. TikTok has said it would not comply with any request to share user data with the Chinese authorities.

Oracle will handle TikTok’s US user data, the source added.

The deal of TikTok with Oracle will be structured not as a sale but as a restructuring, the source said, without disclosing how much of TikTok’s US operations ByteDance and its investors will continue to own.