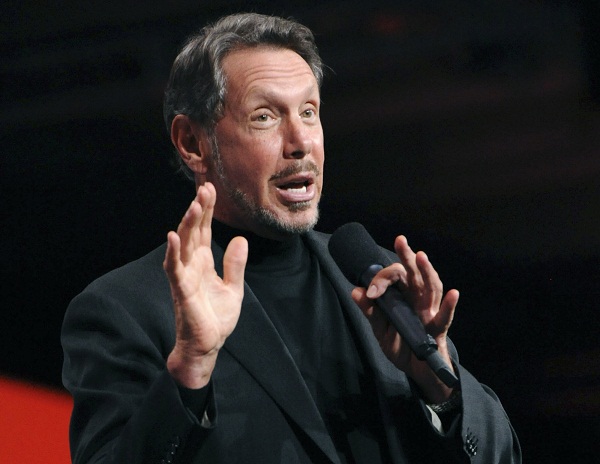 Oracle Corp.’s Larry Ellison, who is well known for his rich taste in some of the finest things in life, is now set to take over the empire of a fellow billionaire in the Anschutz Entertainment Group auction. According to the sources close to him, Oracle Corp.’s Larry Ellison is absolutely intrigued by the multibillion dollar worth empire of sports and entertainment.

According to sources well aware of the situation, Oracle Corp.’s Larry Ellison is highly interested in the Anschutz Entertainment Group auction that is owned by Phil Anschutz, a fellow billionaire. Incidentally Oracle Corp.’s Larry Ellison has only recently bought an island in Hawaii as well. Ellison’s interest in Anschutz Entertainment Group is however in the preliminary stage though, the owner of which has set an initial bid range of $10 billion. Oracle Corp.’s Larry Ellison, who ranks third among the wealthiest men in America, had once before tried to buy a sports team but met with failure. This is one of major attractions for Ellison since AEG would not only allow him to buy but also relocate a National Football League team in Los Angeles.

The Anschutz Entertainment Group auction has already started with the initial information being sent to the bidders by the investment bankers at Blackstone Advisory Partners in the early part of this week. The memorandum that contains all the information of the business but not of the finances is in most likelihood supposed to reach as many as a dozen of parties. Ellison’s interest in Anschutz Entertainment Group adds his name to a long list of billionaires apart from investment firms, trade buyers, sovereign wealth funds and private equity firms who have shown their interest in the Anschutz Entertainment Group auction. The assets of AEG include its stakes in LA Kings proffesional hockey team, the promotion business of the AEG Live concert, over a hundred sports and entertainment venues all over the world and the franchise of the Los Angeles Lakers NBA.

With the initial stakes priced at $10 billion, Anschutz has without doubt placed the bar on price quite high apart from keeping quite a few stipulations left to be done his own way. One significant fact associated with the Anschutz Entertainment Group auction is that the owner does not want to break up his company. Ellison’s interest in Anschutz Entertainment Group comes from the fact that he quite actively sought out to buy a sports team last year. In the earlier part of this year also Oracle Corp.’s Larry Ellison, had initial chats with Michael Heisley, the owner of the pro basketball’s team Memphis Grizzlies to buy his team. As of the Anschutz Entertainment Group auction, the bids can be placed by sometime around the end of this month by the parties once the submissions of the pitch books are done. According to some of the sources, in order to be able to move forward to the next round of the bidding, the parties need to raise their bids from the higher single digit to the lower double digit in terms of billions of dollars.