Island of the Richest. Lusting for Temptation Island? 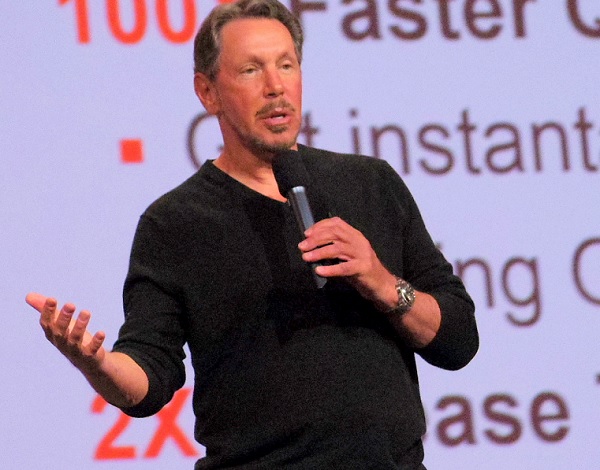 Following this announcement Oracle stock was up and closed at $36.37, down 0.63 percent, before rebounding in after-hours trading. Shares of Responsys closed at $27.40 spiking nearly 40 percent after being temporarily halted.

Responsys is a software company that makes cloud-based software that businesses use to run their marketing campaigns across e-mail, mobile, display and social advertising across the Web.

It is the latest acquisition for Oracle corporation which is run by Larry Ellison. The company is expanding its cloud software business to warn off competition from competitors such as Salesforce, who provide Internet-based software products at prices that often undercut Oracle.

“Responsys has always been focused on helping marketers realize their largest opportunity – coordinating their marketing touch points across channels, across the customer lifecycle, and across industries,” Dan Springer, chief executive of Responsys, said in a statement. “As a part of Oracle, we will only accelerate our efforts.”

The board of Responsys has unanimously approved the transaction, but shareholders will have the opportunity to vote on the deal early 2014.

“Our strategy of combining the leaders across complementary technologies signifies Oracle’s overwhelming commitment to winning and serving the CMO better than any other software company in the world,” said Oracle’s president, Mark Hurd, referring to chief marketing officers.

Oracle is one of the most productive acquirers in Silicon Valley. Along with Responsys, it has purchased at least seven companies this year. Earlier this year, it negotiated a deal for Acme Packet for $2.1 billion.

Responsys a five-year-old company with about 1,000 employees will become part of Oracle. It represents more than 450 customers, including Lego, Nordstrom, Southwest Airlines LinkedIn, and United Healthcare. The company generated around $163 million in revenue in 2012 and is on time to deliver $200 million this year, representing growth of 20 to 25 percent.

Responsys was part of the technology companies to go public after the financial strait, first appearing on the Nasdaq market in early 2011. After opening near $15, the stock dwindled as low as $5.70 about a year ago. However over the last one year, the business has intensified and shares have picked up.

On the other hand Oracle has had some troublesome times recently, missing analyst expectations twice earlier this year before posting good quarterly results this week. Those results helped Oracle stock reach to its highest levels since the dotcom bubble burst years ago.