Optimized usage of your flight time


TAGS:
from gate to gatenew flight rulesuse of gadgets on the plane 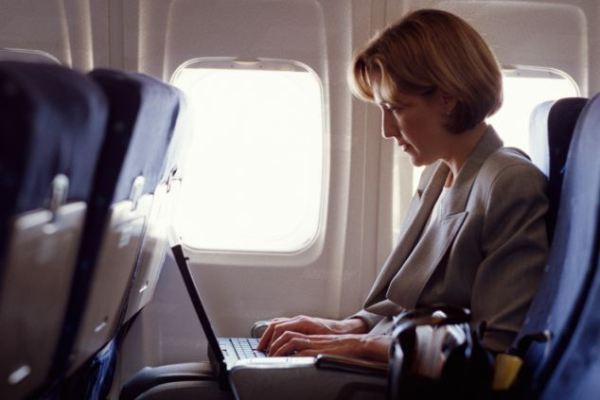 doing business on a plane

What a great day for all of you who don’t feel like wasting time while flying. Pretty soon organization of your business or doing it won’t have to wait till you reach 10,000 feet while flying to a business meeting. Since you will be allowed to use your electronic gadgets all the time while being on the plane. You will be able to use them from gate to gate.

Federal Aviation Administration has come out with new flight rules, or to be precise liberation of regulations which didn’t allow usage of any electronic device while landing or taking off. This means that you don’t need to postpone something you were working on before you reach the level where aircraft is cruising on the air cushion. You can now work from gate to gate. There is still one thing missing, use of internet connections during whole time. When it comes to checking your emails or doing any part of your work that includes internet, you will still have to wait to reach the 10,000 feet limit. Besides, entrepreneur will still have to wait to have the opportunity of a conference call while flying. There are no changes of rules for voice calls; rules remained the same, still prohibited to have voice calls during entire flight.

It probably makes you wonder, how is it possible that one thing is safe today and wasn’t safe yesterday? FAA Administrator Michael Huerta, came out with the explanation. Announcing that airlines will be able to allow electronics use from gate to gate after demonstrating there are no safety problems for each type of aircraft. The study and review took nine months, before FAA announced plans about the new rules for usage of electronic devices during flight. But, this doesn’t mean that you will be able to behave according to new rules tomorrow already, it takes some time for many airlines to adopt those changes. On the other hand consumer demands are more than high, a survey which was released in May found that 99% of adult airline passengers carried at least one personal electronic device with them when flying. So probably by the end of the year you can expect new rules when flying home for Christmas, allowing you to use your gadgets all the time while on the plane.

Some of the respected entrepreneurs, asked to give opinion on the matter, had quite contrary reactions. There were ones who find the idea as “very exciting news”, “positive decision” or “benefit to passengers with kids”. But there were also suspicious and concerned ones who think this might increase passenger or flight crew frustration, and might also further delay boarding. There is also issue about internet, it is still not familiar how will cabin crew be able to know if somebody is using internet when they are not supposed to. Hopefully the quality of flight you expect when purchasing the ticket won’t change. Seems like we you will have to wait to see if the change of rules was something you will like a lot or something that shouldn’t had been incorporated into the flight regulations in the first place.