Opel to shut down Bochum car plant in 2016 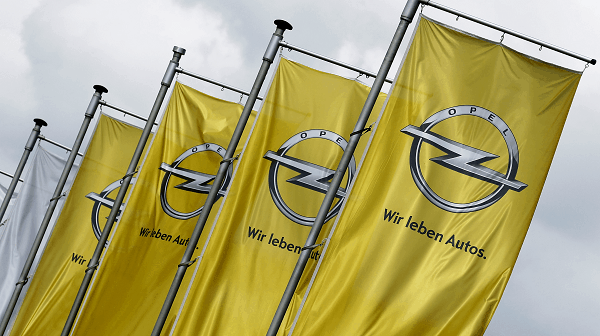 On the 10th of December, General Motors Co.’s Adam Opel AG informed that the car plant in Bochum, Germany would be closed. The decision to cease auto production in one of four car plants located in Germany was caused mainly by the decline in the European auto market. Adam Opel AG unit  made a decision as it tries to restructure its unprofitable operations in the region.

Having announced the decision to shut down the Bochum car plant in 2016, General Motors Co.‘s Adam Opel AG underlined that it was caused by the shrinking auto market in Europe. The company underlined: “The main reasons the dramatic decline on Europe’s automobile market and huge overcapacities in the entire European auto industry,” adding that the decision was made after many attempts to solve the situation differently.

General Motors Co.’s Adam Opel AG has four sites in Germany which hire as many as 20,000 workers. The company employs approximately 3,300 workers at the Bochum car plant, which produces the Zafira, the Zafira Tourer as well as an older version of the Astra. According to a statement, a new Zafira Tourer model will not be produced at the Bochum car plant.

Yet it was underlined that some jobs at the Adam Opel AG’s Bochum plant might be saved as someparts might be produced there after the surcease of the car production in 2016. However the company has not specified how many workers would lose their jobs, underlining that it did whatever it takes to secure posts for as many workers as possible at the Bochum car plant beyond 2016. To do that General Motors Co.’s Adam Opel AG formed a working group with the state of North Rhine-Westphalia. In addition, the company also had been conducting talks with the unions about the closure of the Bochum car plant since June 2012.

The company is aware that the closure of the Bochum car plant will touch  many workers as well as their families, not to mention the region where the factory is located. The government of Germany believes that General Motors Co. would do everything to minimize potential risks.

Adam Opel AG, like other carmakers in Europe, has been facing  overcapacity in the market and tough economic conditions. The closure of its Bochum car plant is a part of plan which consists of costs cuts, car models as well as  attempts to win new markets as well.

General Motors Co. aims at restoring profitability in its European division after it saw a loss of nearly $750 million last year. According to company’s estimates, the division is to lose up to 1.8 billion in 2012. As for Adam Opel AG, the subsidiary has been making losses for years. Even though many management teams tried to come up with effective solutions, none of them were successful.

Certainly the situation in Europe does not make it easier to regain profitability. Adam Opel AG’s  has been struggling due to decreasing demand for new cars in Europe and the growing competition as well. According to data released by the European Car Manufacturers Association,  cars saw a decrease of 6.9 percent to 20,723,000 units. In addition, the company is worse off as it is not present in more dynamic markets.