The oil-rich nation is now keen to control its oil output.

Oil producers from OPEC, Russia, and other countries agreed last Tuesday (Jan. 4) on an oil output increase from February 2022. The move would be part of the program for bolstering OPEC’s oil output by 400,000 barrels a day. However, there are concerns if this output will be enough to meet the demands for the oil supplies.

The main reason for lower oil drilling and lower production lies in the lower demand because of coronavirus and the crisis that threatens to dampen oil demand.

OPEC oil production was meant to be more promising thanks to a few members of the OPEC Plus group. These members include Saudi Arabia and Iraq that are increasing oil output gradually. However, others are lagging and they are unable to meet OPEC’s oil production plan. 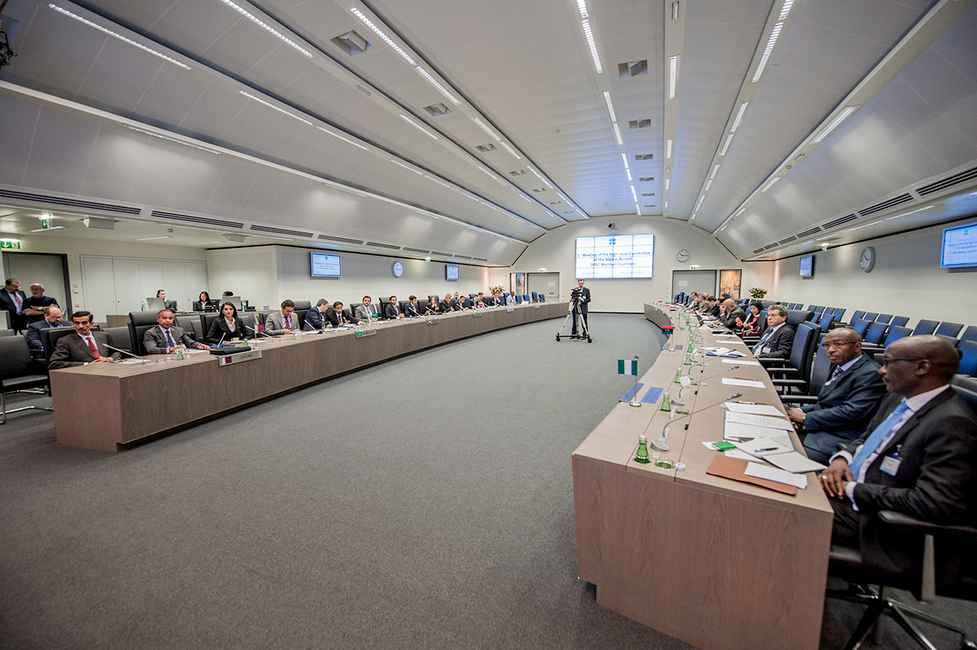 In the USA, the gas prices are at $3.28 a gallon, which is higher for one-third of prices that were last year in the same period of the year. This can have serious consequences on the Biden administration and their expectations when it comes to oil production for 2022. People are also concerned about the gas prices and they expect to see a rise in the prices this year.

OPEC’s de facto leader Saudi Arabia possesses around 17 percent of the world’s proven petroleum reserves. Until now, the nation has enjoyed inhibited freedom to maneuver in responding to climate action on fossil fuels. The oil-rich nation is now keen to control its oil output. Overproduction is not a solution for them and they made it clear in the statement that was mentioned on Tuesday.

Saudi Arabia and the main non-OPEC leader Russia are in the process of cutting oil production by 10 million barrels per day. The main historic cut was in place in April 2020 when the coronavirus crisis was in its full force. This cut was made to help the energy market combat the demand for crude. Now, the new stage of the coronavirus crisis is coming with the Omicron variant of the virus and it leaves the consequences to the entire market.

At the moment, the oil prices are around $80 a barrel, which is not what president Biden wants, as Herman Wang, manager editor of OPEC said CNBC on Tuesday. He also mentioned that OPEC has dismissed the Omicron variant of the coronavirus as short-lived and mild. As a result, the oversupply in the first quarter could meet the overall demand for oil during the first months of the year.

At the Tuesday meeting, the OPEC Plus officials agreed about the point that 400,000 barrels should be an increased output each day. This would save the economies around the world and this can mean better gas prices in the USA and other countries that depend on the oil producers.

Oil prices increased more than 50% last year, and the investors are optimistic about the coronavirus crisis despite the new highs that are happening in the USA. Over 1 million people were infected in less than 24 hours and this is something to consider relevant when it comes to gas demand.

There are also other geopolitical situations that leave an effect on oil production and gas prices. Some of these situations are Iranian nuclear negotiations and the Russia-Ukraine standoff. If Russia cuts off the gas supply to Europe, it will be a huge crisis in all European countries because most of them depend on the Russian gas supply.

OPEC production for 2022 will depend on many factors and we will see how the prices will be formed in the market. It is enough to see how coronavirus and geopolitical crises affect the gas prices in many countries. However, we hope that the 2022 oil output will be enough to meet the demand.

Christy Gren
Christy Gren is an Industry Specialist Reporter at Industry Leaders Magazine she enjoys writing about Unicorns, Silicon Valley, Startups, Business Leaders and Innovators. Her articles provide an insight about the Power Players in the field of Technology, Auto, Manufacturing, and F&B.
« SpaceX builds a Starlink constellation to revolutionize internet access
Ford Stock Gives a Jolt to Tesla and General Motors »
Leave a Comment
Close

Inflation is chasing the investors and policy makers at a speedy rate. CPI increased by 7% in December, 2021, the highest since June, 1982.
27 mins ago