Only 1% of the World’s Vanilla is Organic

Orchestrated thefts and the incredibly volatile weather have depleted organically grown vanilla in Madagascar, making it the most expensive spice in the world after Saffron.

How McCormick Wants To Make Your Vanilla Milkshake Cheaper

Have you ever wondered if the vanilla spiced products you’ve been consuming are actually made from natural vanilla or not? Well, chances are high they’re from synthetic vanilla.

Food and beverage manufacturers are facing disappointments as vanilla price hit record levels due to uncertainty about this year’s pods from the world’s largest grower Madagascar.

Prices for vanilla increased to $600 for a kg in 2017 after the tropical island was hit by a cyclone, leaving buyers with fewer suppliers of the world’s second most expensive spice, vanilla extract. The prices came down to $550 a kilo towards the year ending, with hopes of enough harvest this year, but the predictions have been proved to be wrong. The price is back at $600 following uncertainty over vanilla produce. 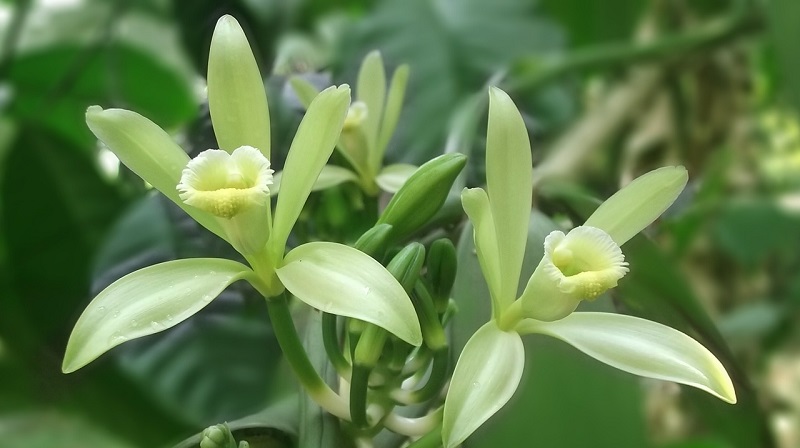 Based on the current vanilla price, the spice is more expensive than silver, which is currently at just $530 for a kilo. Fluctuations from vanilla pod production in Madagascar regularly affect the world’s vanilla price as the country supplies between 75 to 80% of the world’s vanilla beans, with Indonesia and India growing very small quantities. This market struggle and price hikes are not what all four manufacturers can handle, mostly the small scale ice cream and cake makers. Madagascan government which earns about 40% of the country’s fortune had made efforts to regulate vanilla prices, but that discouraged buyers until around 2013. How are the food makers providing vanilla flavors?

Synthetic vanilla controls over 95% of the sweet flavor

In 1874, German chemists Wilhelm Haarmann and Ferdinand Tiemann found the first vanilla alternative by using chemical compounds from coal. It became a huge innovation, creating a positive idea that vanilla could actually be produced without the beans. And by the 1930s, synthetic vanilla became the most used source in the U.S., with some of them derived from coal tar.

However, coal tar-derived vanilla is no longer widely used in the U.S. due to health problems associated with the source. Vanilla flavors derived from coal tar were found to be carcinogenic; exposes consumers to cancer risks. But in some countries with few food regulations, vanilla flavors sourced from petroleum products are still being used to flavor foods.

The U.S. law has regulation for only natural vanilla. FDA requires a minimum of 13.35 ounces of vanilla beans in addition to 35% alcohol before a product is labeled natural. However, that doesn’t stop manufacturers from using synthetic vanilla as long as they would label their brands “artificial” vanilla.

Last year, some small-scale ice cream makers were forced to stop production as they could no longer afford vanilla beans supplies, while others switched to artificial vanilla or increase product prices.

Only 1% of the vanilla extracts used in our foods and cosmetics are actually derived from vanilla beans. Unilever and Nestle are among the food makers that have pledged to use natural vanilla in their products.

Anna Domanska
Anna Domanska is an Industry Leaders Magazine author possessing wide-range of knowledge for Business News. She is an avid reader and writer of Business and CEO Magazines and a rigorous follower of Business Leaders.
« Harrods and Saks Fifth Avenue Reinvent the Luxury Retail Market to Remain in Business
Sila Nanotechnologies, Tesla and other new players in Lithium-Ion Battery Technology »
Leave a Comment
Close