OnePlus rolls out OxygenOS for its OnePlus One phone 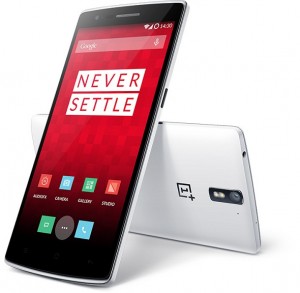 OnePlus One will continue to use CynogenMod ROM until OxygenOS operates smoothly.

OnePlus announced Saturday that its first operating system is ready and rearing to go. OxygenOS, based on Android Lollipop OS is currently available for download. The company officially launched its own Android ROM, following issues with Cyanogen’s commitment to Micromax YU platform in India.

Rumors of OnePlus planning its own ROM began circling in January. Cyanogen, that developed a custom version of its CyanogenMod ROM for the OnePlus One in 2014 decided to commit itself to Micromax, a phone manufacturer in India, eventually leading to the termination of their partnership.

OnePlus One will continue to use CynogenMod ROM until OxygenOS operates smoothly. The company acknowledged that there are issues in the initial release and has made a feedback app available for users for suggestions on future feature implementations as well as bug reporting.

By developing OxygenOS, OnePlus can swiftly respond to user feedback and make it easier for them to continue playing a significant role in the future of the company, OnePlus said in their blog. By creating their own operating system, the company aims to offer quicker, more meaningful updates and a better-consolidated range of services for every OnePlus user.

The Shenzen-based company in its blog post describes its approach as back to basics with a focus on performance and battery life instead of gimmicks and bloatware. As OxygenOS is based on Android Lollipop OS, it is not available as an over-the-air (OTA) installation. Users are required to log in to the official website oneplus.net/oxygenos for downloading the software on their smartphones.

Some of the notable features include gesture shortcuts even when the screen is off, like double-tap to wake, music controls, shortcuts for the camera and flashlight, lockscreen wallpapers that can be customized and improved file manager.

Other features include advanced options and new file explorer, quick settings menu and also the ability to shift from hardware to software navigation keys. With the click of a button, the tiles can be arranged in a circular manner, removed and re-organized in the notification tray.

The company said that it has plans to include additional features in the future along with the integration of services. Future OnePlus phones will carry OxygenOS while existing users can download the new OS from the company website where a complete step-by-step procedure has been mentioned. However, OnePlus has not yet announced whether the current users will be replaced with the new OS.