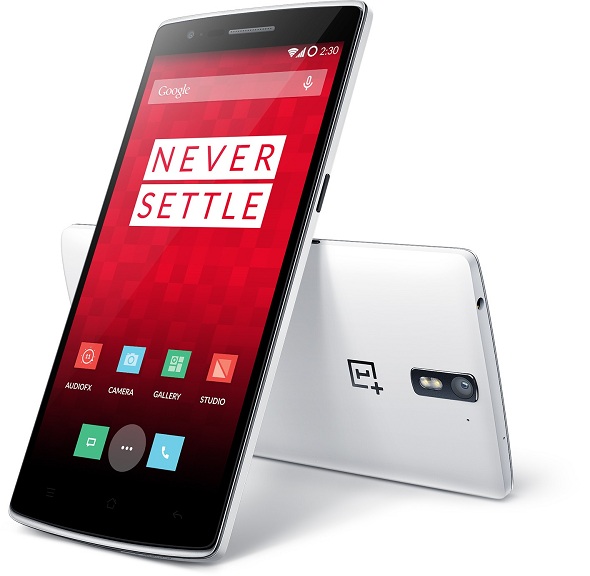 The OnePlus One smartphone from OnePlus has mesmerized gadget enthusiasts since early this year, primarily for two reasons: the high-end handset has a ridiculously low price tag and secondly the handset can only be purchased through invite. But that’s all about to change as the OnePlus One will be within reach of everyone starting next week.

According to an announcement from the company, pre-orders for its One smartphone are due to open at 11am EST on October 27. The Chinese startup will allow anyone to order the One on Oct. 27, regardless of whether they have an invite but that pre-order window will only be open for one hour. While interested buyers still have a week’s time to lodge their request, OnePlus is allowing them to prepare a pre-order in their cart now by having their device selected with PayPal information ready to go at 8am Pacific on October 27.

Here’s what OnePlus wrote on its blog:

“Pre-orders will officially open on October 27 at 15:00 GMT (08:00 PST, 11:00 EST). During a one hour time window, anyone can place an order for the OnePlus One. All of our accessories will be sold at celebratory sale prices when added to your order. In fact, for this week only our latest collaboration the JBL E1+ Earphones will be available for $24.99 and will revert back to full price once pre-orders have ended”.

The pre-orders will not replace the present invite system. Instead it will give chance to more people to use the phone, as OnePlus is working towards expanding its availability. The company has been preparing itself for its sale hour, and it disclosed that it sent out nearly 50,000 invites during the first half of this month. “This was our way of testing our servers to make sure we are well-prepared for dealing with a large volume of orders,” OnePlus said.

Compared to most popular Android phones, the OnePlus is insanely cheap costing just $300 off-contract. It features a 5.5-inch, 1080p display screen and is powered by a quad-core Qualcomm Snapdragon 801 Soc clocked at 2.5GHz alongside 3GB of RAM. The device also sports a 13-megapixel rear-facing camera from Sony and a 5-megapixel shooter up front.

Christy Gren
Christy Gren is an Industry Specialist Reporter at Industry Leaders Magazine she enjoys writing about Unicorns, Silicon Valley, Startups, Business Leaders and Innovators. Her articles provide an insight about the Power Players in the field of Technology, Auto, Manufacturing, and F&B.
« Philips Posts Losses of $142.82 million
Is Digital Age Burying the Advertising Industry? »
Leave a Comment
Close