The term Gender Pay Gap effectively reflects the ongoing inequalities and discrimination in the corporate world or better regarded as labor market in practice, which mainly affects female workers. The causes of the issue are generally interrelated and complex.

Are female employees paid less due to their preference of low paying jobs? Women work more as part-timers than men, is it a possible reason? Or maybe, it is because female workers are mainly engaged in caregiving liabilities? 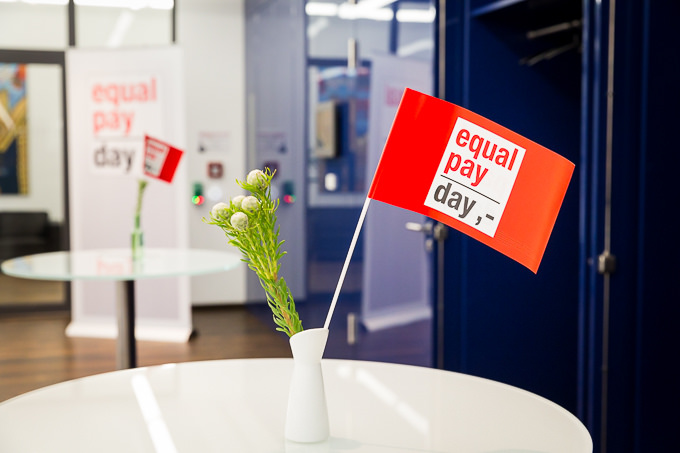 Equal Pay Day works to enhance knowledge of the gender wage discrimination between employees that work in comparable job roles. The main statistic element cited by wage equality’s advocates is that still female employees merely make 78 cents for every dollar a male employee earns generally in the tech industry.

The Simple Truth by American Association of University Women about the issue gender pay gap briefly addresses such issues by moving beyond the ‘79%’ statistics that has been reported widely. The report succinctly describes the gender pay gap in the U.S. and how it affects females of various races, education levels, and ages. The report also explains the necessary gestures, which are required to be taken to introduce pay parity.

Considering yourself as a freshly hired female executive for a high-powered job, you may question yourself, “What is this ‘Gender Pay Gap’ or ‘Gender Wage Discrimination’ all about?” Despite numerous studies and reports displaying a discrepancy between wages of men and women even in the executive, C-suite roles, there are fair chances that your initial compensation is equal to what men are offered in the company with similar experience and skill for the job role.

After some time, you’ll notice that your pay scale has started lagging as compared to that of your counterparts who are male, and just after a while, you’ll notice a clear, huge gap. This is what we term as ‘Gender Wage Discrimination’ or ‘Gender Pay Gap’. This is the reason why Equal Pay Day is celebrated on 12th of April to demonstrate the equal rights for women when it comes to equal wages.

In such situation, how can we eliminate gender wage discrimination? How do we introduce the culture of pay parity? Let’s have a look.

A few years back, an HBR’s research documented 1,598 fresh CFO’s at public corporations in the United States from the year 1994-2007. They selected chief financial officers because their roles and responsibilities were almost same in every company.

On the factors related to educational background, experience years, firm performance, and industry, no evidence of gender pay gap were found during the initial year of hiring. As a matter of fact, with organizations competing for women employees as the CFOs, the pay packages for women were found to be a little better than men’s.

Soon it was noticed that total compensation package of women was 4.5%-5.0% lower as compared to that of their male counterparts. On the basis of research, it was concluded that organizations may work on two assumptions, which leads them to offer smaller pay hikes to female executives.

Second Assumption: They are less likely to job hop as compared to men. 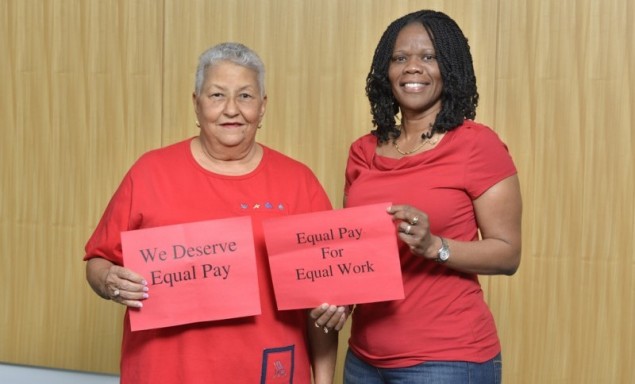 How to avoid such age-old stereotypes from becoming a major hindrance in potential wage hike and elimination of gender wage discrimination for female employees?

Here’s a step by step guide.

Women should establish strong networking skills and develop an efficient professional network. They should make themselves visible at various business meetings and conferences. Female employees must always remain in touch with headhunters and keep looking for a job change from time to time. They should mark themselves as a strong competitor in the market. Sheryl Sandberg (FACEBOOK COO), Donatella Versace (VP VERSACE), and Indra Nooyi (CHAIRPERSON AND CEO PEPSI CO.) are a few such examples to take inspiration from.

Competition within the Firm is Very Important

Female employees must embrace competitions within their companies to receive higher pay raise, which will be equal to that of their male colleagues. They must grab the opportunities, which require additional responsibilities. This should be specifically done by female employees working in a firm, which operates on the basis of different projects.

Female employees must insist on a clause in their contract, which calibrates wage hikes to the raises offered to male employees of equal rank and in similar firms. The pay packages of C-suit executives in public companies are a matter of record. Placement consultants are responsible for maintaining compensation databases.

Female employees may feel uncomfortable to adopt such strategies. But failure to avoid these strategies will result in erosion of pay parity leading to gender pay gap.