“OK Google” allows search from anywhere on any screen!! 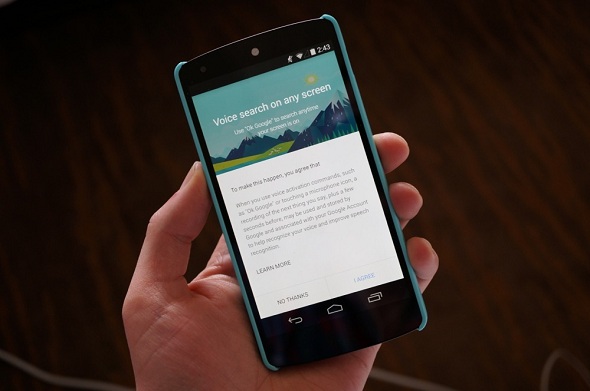 “OK Google, play Mirrors by Justin Timberlake”. There, you’ve set five other android phones into playing the track. If you want to make fun of your Android fanboy friend, just use the command “OK Google” followed by a silly search you want the smartphone to perform. Android lovers have been nagging about how Google should make it the voice-activated command a system wide feature rather than just the homescreen or Google Now. TaDa! Google has rolled out one of the best (also, creepiest) features of all time, that will upset a lot of privacy advocates out there. 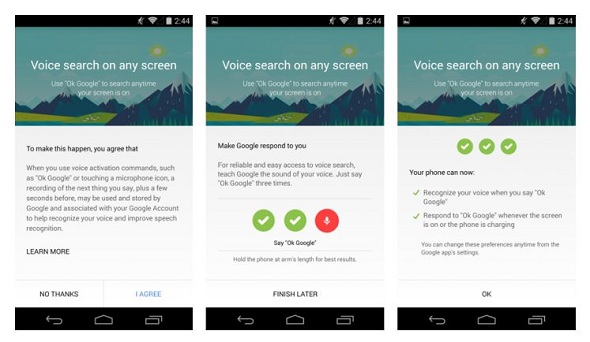 The phrase “OK Google” is slowly paving its path across Google’s mobile and web services, yet the touchless control is going to make it even more exciting for Android users. At one time constrained to simply the homescreen on Android 4.4 KitKat devices and anywhere on Moto X, the voice-activated command will soon be validated on any screen, including the lockscreen on any android smartphone or tablet. “OK Google: Comodo Dragon” The features come as a part of major update to the Google Search app, which is right now taking off gradually to gadgets after Google’s I/O keynote. Google is making the feature accessible on a phone-by-phone basis, implying that regardless of the possibility that you can capture the relevant app file, you might not be able to use it. If you are eligible, however, you should simply explore your Google Now settings to activate the options inside the “OK Google Detection” menu. The Google Search 3.5.14 update will roll out with a couple more enhances features. To turn on the “OK Google” Detection, go to Menu>Settings> Voice>”OK Google” Detection, and then enable it. Morever, Google is likewise including an additional Audio History feature that learns the sound of your voice, and how your pronounce worlds in order to reach the accuracy of searches performed.