An Oil Rich City Now Wants To Be a Technology Hub

Tyumen, one of Siberia’s oldest Russian city, is symbolic of modern Russia’s influence in oil and gas market. In the 16th century, Russia ventured towards Central Asia ruled by the Tatars, Islamic people who still live in Russia. A group of Cossacks took control of Tyumen from the Tatars in 1580. A few years later, Russia built a fort in Tyumen on the Tura River. For the next three hundred years, Tyumen competed with Tobolsk, a nearby city that was once the official capital of Siberia, for prestige of the region’s most influential city. After a hard-fought battle, Tyumen won, when it snatched a deal for a Trans-Siberian Railroad from Tobolsk. The now-oil rich city also played an important role in Russian history during the Russian Civil War and the Second World War. Moreover, many Russian industries moved away from the front to Siberian cities. By then, at the start of the Soviert era, it has already become an industrial capital, and an ideal spot for Russian industrialist to relocate their factories too. The discovery of oil in Tyumen propelled settlement in the region to further prosperity. 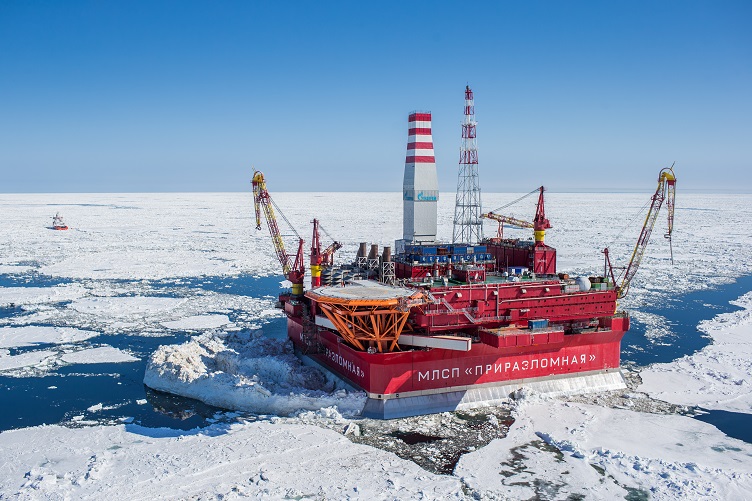 Today, the booming oil capital Tyuman has been repeatedly named Russia’s best city for quality of living. In a study conducted by sociology experts from the Russian Government’s Financial University, it ranked ahead of Moscow and St Petersburg. The survey looked in 27 Russian cities with populations over 50,000, and included the standards of medical care, access to education, wealth, and life expectancy.

It was the first ever Russian settlement in Siberia and was founded to bolster the economic expansion movement. In last four hundred years, it has progressed from a small settlement located on important trade routes, to a military settlement and now a large industrial city and one of Russia’s important business center.

As you drive past the royal palaces of the monarchs of Russia’s oil and gas industry, you’ll also notice that Lukoil, Gazprom, TNK-BP and all big international oil services companies are all set here.

Moreover, some of its most imperative oil fields are situated in the Tyumen area, which extends from the Kazakh border to the Arctic. It is a shockingly smooth ride, not at all like in most other Russian cities, there is rarely a pothole in sight.

Money has flowed into regional and federal state vaults following the discovery of oil and gas in the 1960s. Tyumen’s future exceptionally relies upon the condition of the oil business. It has made Tyumen, a city of 600,000 people, a standout amongst the most prosperous cities in Russia.

Tyumen, established in 1586, was the main Russian fort in Siberia, an important staging point for the tsarist empire’s eastbound expansion. It may be one of the most important cities in the world today, but one has it admit, its complex geography could someday be treacherous.

This is why it has tones of skyscrapers. Lots and lots of shiny buildings owned by oil and gas companies. Some of this buildings contain long shelves with rock and soil samples from TNK-BP’s oil fields and other explorations services. Taken together, they demonstrate the topographical make-up of the region, the distance from the highest point of the drill gap to the base, allowing the geologists to study on the DNA of an oil field.

Igor Dyakonov is the chief general of the Tyumen Oil Scientific Center which houses the “core storage”. He explains why oil companies like TNK-BP need to spend more to look for oil in West Siberia. “The easy, homogenous reservoirs have all been explored and mostly developed,” says Mr Dyakonov. “So we are moving to frontier locations where the geology becomes more and more complex, and for that we need more frontier technology.”

One of the organizations wanting to profit by that push is Baker Hughes, an American oil service firm. In their Tyumen office, a small group of geologists processes oil field information which makes the drilling procedure more accurate. After the economic crisis, the company has now set out on an aggressive growth strategy. Baker Hughes plans to offer drilling services and is planning to set up its own manufacturing facilities in the region. Technological advances, new discoveries, and high prices will help Tyumen keep its key position in Russia’s energy sector.

As long as the oil keeps flowing and the prices are not down.

The Tyumen region produces two-third of Russia’s oil, and over 90 percent of its gas. The oil rig is symbolic of Tyumen region, however, every year it’s getting harder and harder to extract oil. While it is relatively a small problem, for now, the region is now trying to reestablish itself as a technology hub.

Decades of high crude oil prices has allowed titans to dream big. The region capital has now turned into a jumble of skyscrapers, and the construction has led to consumer boom in spite of sky-high prices.

Although, the recent economic crisis hurt the construction industry in Tyumen, it has prompted the sector to rethink their business practices.

Tyumen hopes that the excess of oil and gas pays well into a future set with even bigger challenges. Construction companies have erected several technology park to provide an opportunity to the old town to innovate. However, a more complicated part is – how to get returns when the scenario is unpredictable. For Tyumen, the technology sector isn’t just supposed to be a cash cow for the present, but the key to the future.

Besides, their objective is to not only advance in the oil and gas sector, but to break out into other field such as agriculture, using technology.

Anna Domanska
Anna Domanska is an Industry Leaders Magazine author possessing wide-range of knowledge for Business News. She is an avid reader and writer of Business and CEO Magazines and a rigorous follower of Business Leaders.
« The Art of Architecture Inspired by Biology
Samsung is Denting the “Undented” Apple iPhone Sales in Global Market »
Leave a Comment
Close