Most major oil companies are undergoing a rethink in their operation.

The oil and gas sector is facing many challenges in the face of a world transitioning to sustainable fuel choices and meeting the demands for net-zero emissions due to the threat of global warming.

The COVID-19 pandemic has added to the pressure with social distancing and falling oil prices, which have impacted the business. Most major oil companies are undergoing a rethink in their operation, including handling their workforce.

The industry is hit by a skill shortage as more skilled field employees approach retirement. It needs to build the technical capabilities to address the talent expected to leave the workforce soon.

It is reported that the geography department at the University of Oxford distributed an email for a proposed career talk by the Royal Dutch Shell, who wanted to talk about their efforts to meet the net-zero emissions goals. 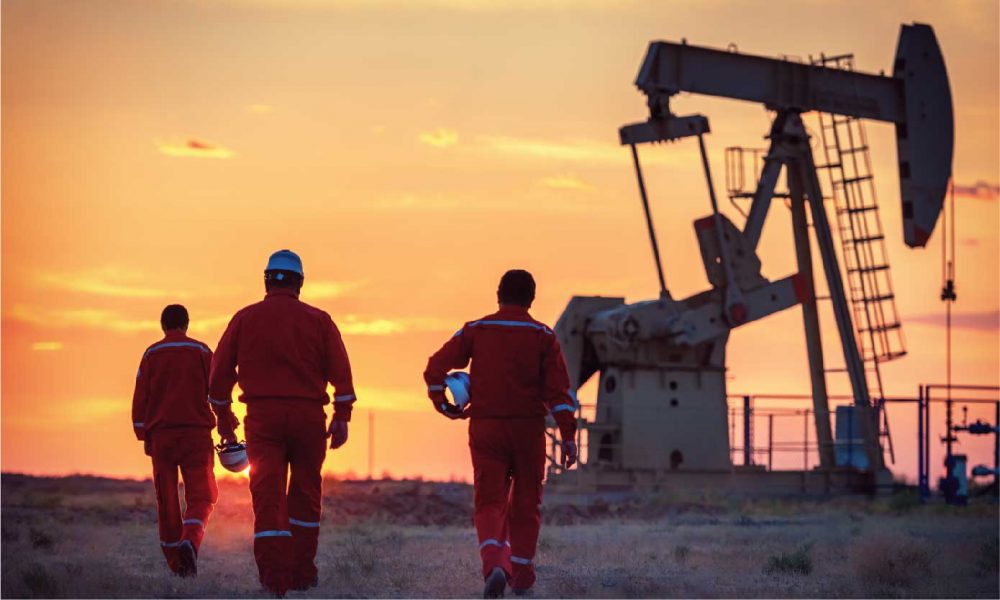 Oil majors are working hard to change their image, and social media platforms figure majorly in this effort.

Students were not happy with the department, and a 70-strong group sent a letter of protest saying the department was endorsing the company and recommending it as a “great place to work” despite its continued investment in hydrocarbons and allegations surrounding its historic connections with associated abuses, reports the Financial Times. The students wanted fossil fuel companies to be banned from seeking recruitments within the campus.

This incident highlights the challenges that the sector is facing in terms of perception. The oil majors need the talent to pivot to sustainable solutions.

Almost all the oil majors have adopted strategies to cut down gas emissions by 2050. BP aims to build 20GW of renewable power capacity by 2025 and 50GW by 2030. But achieving those targets means recruitment and training of the workforce. But young people are averse to joining any company that adds to the climate disaster.

“The oil and gas industry can’t be the ones that lead the energy transition . . . because that won’t be a just transition,” says Fergus Green, a physics and philosophy graduate working for People & Planet, and running an initiative to stop the industry recruiting from university careers departments.

BP has some 63,000 employees worldwide and Shell has more than 80,000. Almost all are majorly operating in fossil-fuel related jobs. The shift to more environment-friendly options and the concomitant shift in manpower too needs to be done fast.

“The biggest challenge of the energy transition is not financial capital, its human capital,” says one BP ex-employee. BP has outlined one of the most ambitious corporate overhauls in the sector. BP has hired more than a dozen senior roles to bring about this transition. Anja-Isabel Dotzenrath, the former chief executive of RWE Renewables, is a known name who is set to head its gas and low carbon business from March 2022. “Our net zero ambition is attracting more people to BP than before,” Mikel Jauregi, a senior vice-president of people and culture at BP, says. Advertisements for 200 roles across BP’s new hydrogen and offshore wind businesses attracted more than 10,000 external applications.

Oil majors are working hard to change their image, and social media platforms figure majorly in this effort. Instagram and professional sites, including LinkedIn, are utilized to engage with the audience. BP’s chief executive Bernard Looney has more than 125,000 followers and regularly engages with commenters. “We don’t turn a 112-year-old company on its head overnight but . . . we’re doing all of the things that a company like ours needs to do to be part of the solution,” Looney said in a recent television interview.

There is the hope of some breakthrough amongst young students. BP spokesperson said applications for graduate jobs, apprenticeships and student placements increased by 75 per cent between 2019 and 2020.

The oil majors will not suddenly desist from dealing with fossil fuels, which is a significant psychological barrier for most new recruits, but new beginnings have been made. And some see this as an opportunity to be the catalysts of bringing about some changes in the industry and being a part of the transition process to greener options.

One new employee said, “I saw it as an energy company, not an oil and gas major, from the very beginning. [For me] it was about that global presence, serving the customer and being at the forefront of developing energy solutions.”

Shell has completed an 18-month reorganization known internally as Project Reshape, and intends to recruit 1,400 people into its key energy transition businesses in 2021. It generally receives 18m visits to the careers section of its website every year.

To attract the right talent, one not only has to give the right package, but a commitment to a credible and meaningful strategy that can make a difference, according to Ronan Cassidy, Shell’s chief human resources and corporate officer. There is great competition among all oil companies and associated businesses such as utilities, renewable energy groups and private equity houses for green skills that are in short supply. “There’s clearly a war for talent in the renewables space,” says a BP executive, who stressed that niche expertise in areas such as wind turbines and blade design was in particular demand. “There are maybe a couple of handfuls of people around the world who really understand it.” This has driven up the pay packet.

Moreover, fewer opportunities exist for on-the-job training to acquire specialized knowledge, and those opportunities have not been replaced with formalized training programs. That’s why oil and gas companies continue to rely on the experienced crews who often come back after retirement as contractors.

BP now offers every employee from pump clerks to drilling engineers a stake in the company. This might be a good move, but more needs to be done. As in every other sector, the more culturally agile and enterprising young businesses are luring away all the talent.

Shell, BP, TotalEnergies and Eni, all have the resources to lead the energy transition. But the younger generation is eager to see the changes quick and fast and is impatient with the slow pace of change.

Christy Gren
Christy Gren is an Industry Specialist Reporter at Industry Leaders Magazine she enjoys writing about Unicorns, Silicon Valley, Startups, Business Leaders and Innovators. Her articles provide an insight about the Power Players in the field of Technology, Auto, Manufacturing, and F&B.
« How to Prepare and Write the Perfect Business Plan for Your Company
Why Emotional Intelligence is Critical for Effective Leadership »
Leave a Comment
Close